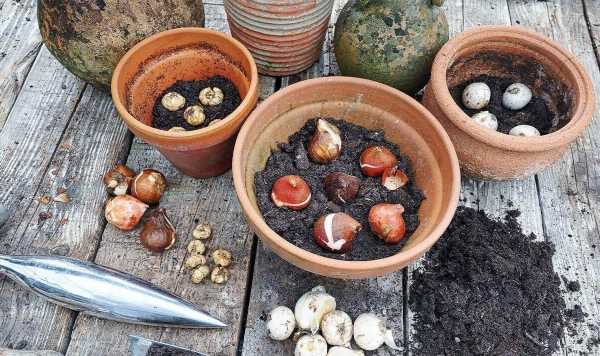 Bulbs make a fine floral display planted in containers or borders, especially spring varities such as daffodils, tulips, alliums and hycainths. While planting them in autumn gives the roots plenty of time to settle into the soil before the harsh winter weather arrives, the complicated climate means it isn’t always best to rush the planting process. In fact, according to the experts at Gee Tee Bulb Company, there are several reasons why it is actually “easier” to wait until later in the season.

When to plant spring bulbs

Bulbs that flower in spring are best planted in autumn – either September or October when the soil temperatures have cooled.

While it is possible to plant bulbs in late August, Gee Tee Bulb Company explained that it is best to enjoy the flowers left in the garden at the end of summer “while they last” instead of rushing to replace old blooms.

However, this isn’t the only reason to delay the planting process. 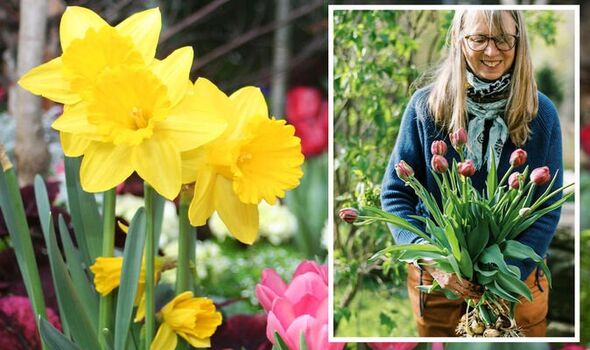 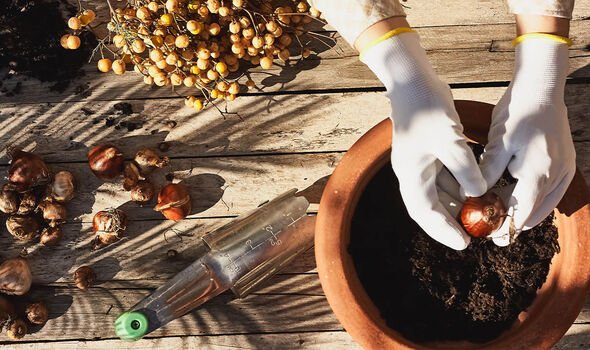 The bulb experts said: “Planting bulbs in September and August can be problematic.

“The extended summers and hot weather in September can mean dry conditions. “

While heavy rain and some chillier days may seem like enough to mark the start of autumn, the impact of summer can last for much longer beneath the soil.

The main reason why this is an issue for freshly planted bulbs is becuase they won’t readily root in the dry earth.

It’s not just the warm, dry summer that can be an issue for bulbs.

According to experts at Brent and Becky’s Bulbs, the winter that follows extreme summer weather can also make it difficult to grow spring flowers.

They said: “In places where there’s a dry autumn and then a hard freeze, the bulbs can die because there’s not enough moisture in the roots.”

For this reason, it is best to wait until the very end of September at the earliest to begin planting bulbs. 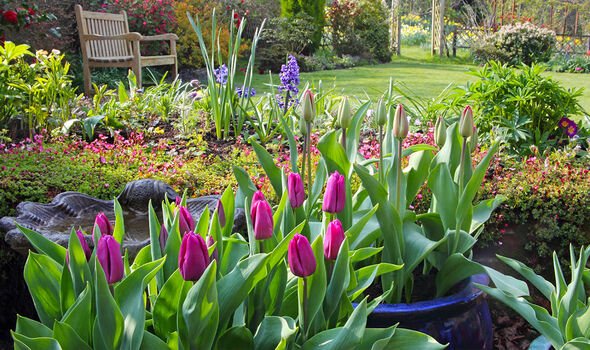 In addition to avoiding the impact of the weather, Gee Tee Bulb Company added that there are also other benefits of waiting.

They explained that most pests are “very active” in August and September, putting freshly planted bulbs at risk of being eaten.

Edible bulbs such as tulips and crocuses are particularly vulnerable to rabbits, squirrels and voles.

Squirrels, however, are still an issue in the garden beyond September, so it is a good idea to use chicken wire or netting over your pots and flower beds to avoid disappointment. 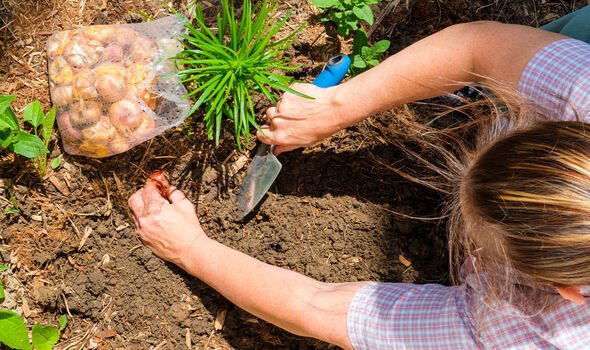 Even if you’re planning to grow a sizeable display of spring blooms, there’s no need to be worried about running out of time to plant your bulbs.

October is generally a good time to stop planting though many varities will do well if planted in November.

In fact, as a general rule of thumb, spring bulbs can be planted as late as December as long as harsh frosts are yet to arrive in your garden.

The first frosts often arrive much later in southern parts of the UK compared to Northern regions.