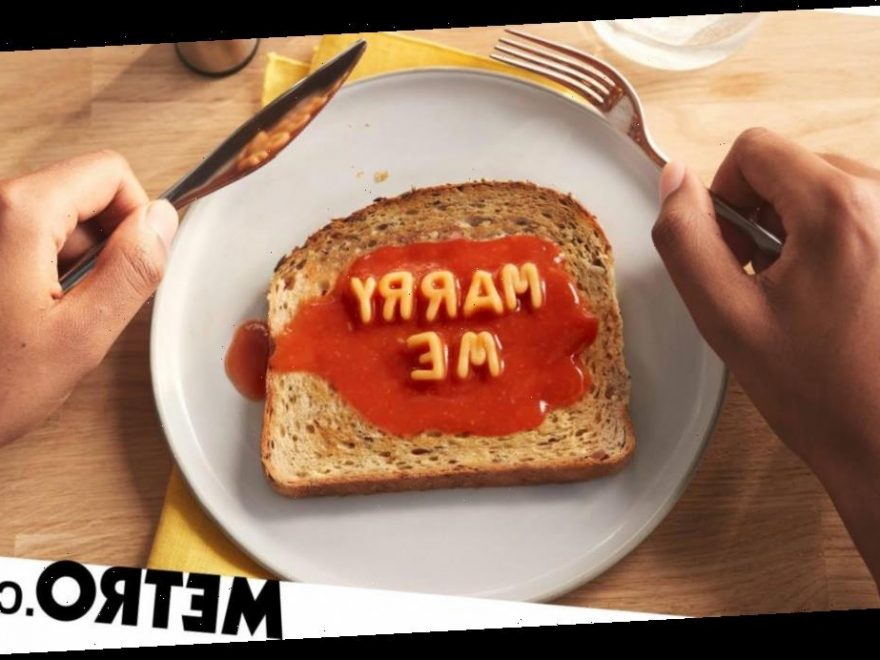 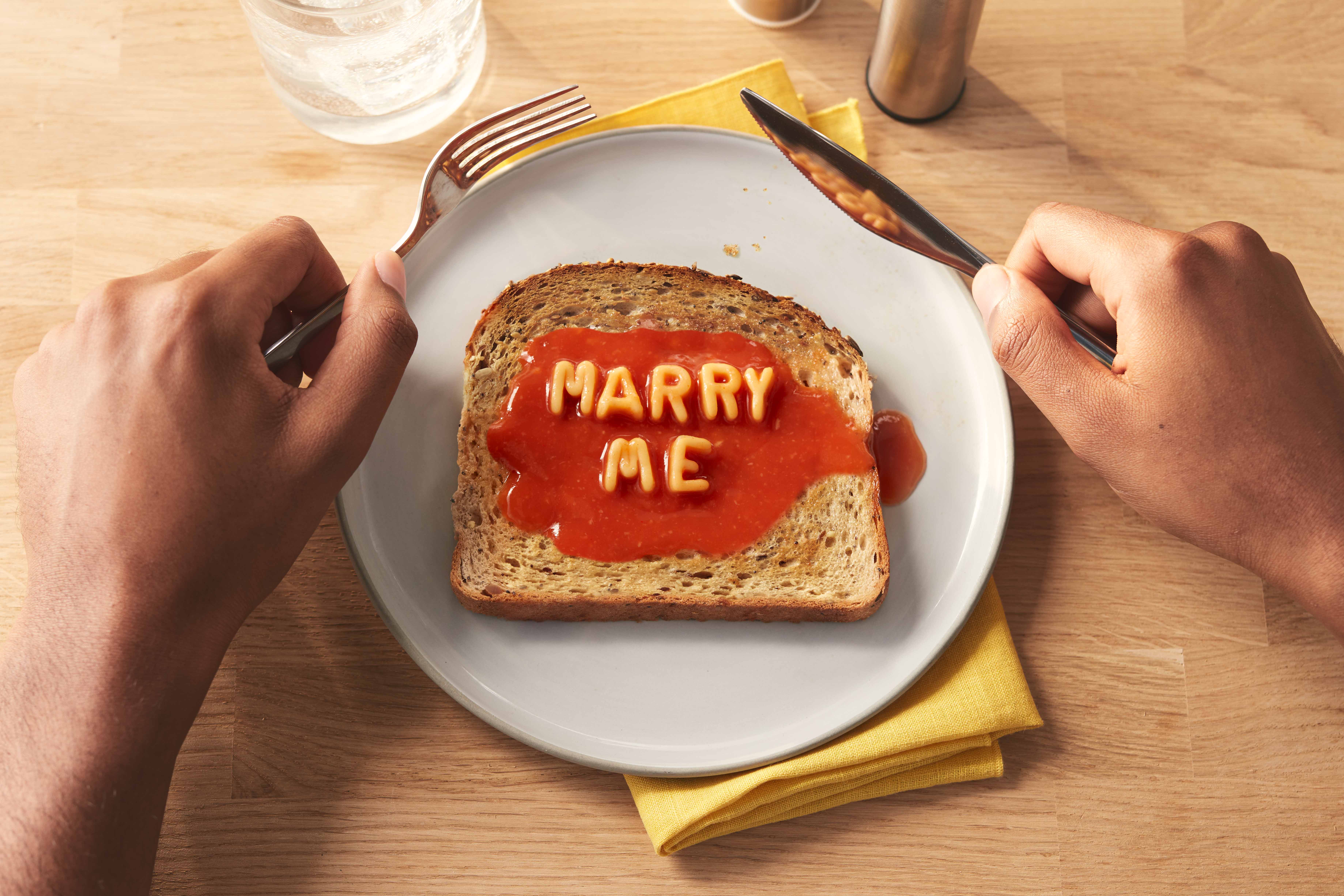 Ever wanted to propose to your beloved through the medium of tinned food? Well, now you can.

The tins include only the letters M, A, R, Y and E – all the letters you need to spell out a proposal.

You could also spell YARR if you’d like to play being a pirate, YAM, MAY, MERRY, RAM, YEAR, MARE, RARE, EAR, MEME, MAMMARY… the options go on and on.

If your partner’s name is Ray, you can make your meal personalised.

And if you want to get really creative, you could turn your Ms upside-down so they become Ws, then you’ve got the option of telling your partner that you are WEARY, RAW, or WARM, or you could make a deep comment on the world by simply spelling out WAR on your toast.

You could spell out a whole sentence, although your spaghetti might go cold by the time you’ve figured out what you want to write. Perhaps keep your romantic gesture short and sweet, with a simple directive to RAM ME.

The limited-edition cans were inspired by couple Karen and Diarmuid, with Diarmuid having previously asked Karen to marry him by spelling out his proposal in Heinz Alphabetti.

Mimi Williams, brand manager for Heinz Pasta, said: ‘We were contacted by Alphabetti-loving Karen back in 2019.

‘She told us that her partner had recently proposed using our much-loved pasta letters to spell out “will you marry me” on a piece of toast.

‘We just loved the idea and immediately got to work on creating this limited-edition “Marry Me” edition of Heinz Alphabetti, just in time for ValenHeinz Day!

‘This is a true one-off and there are only a limited number of cans for sale on Ocado, for a limited time only. So, if you have a special Alphabetti admirer in your life, and are thinking about proposing, then we’d encourage you to get online as soon as they land!

‘We can’t wait to read your stories about your Heinz Alphabetti engagement. Please tag us on social media and don’t forget to use the hashtag #alphabettiproposal.’

Diarmuid said: ‘I had been racking my brains for weeks, but the only idea that kept coming back again and again was Heinz Alphabetti. Karen really loves having it on toast for dinner, which is why it came to mind.

‘And I knew it would catch her completely unaware to sit down for dinner, look down at her plate to see the words “Marry Me” staring back up at her. I only needed the one can to spell “KAREN MENTON WILL YOU MARRY ME”!’

Karen said: ‘He caught me completely unaware with the proposal, I’m still surprised to this day that he did without me copping on to anything.

‘The funny thing is, I was planning on asking him eight days later on Feb 29. It just shows, we were both ready for this next stage of our life together.’

You can order ‘Marry Me’ Alphabetti Spaghetti on Ocado or buy a tin in-store at Selfridges London Food Hall for 75p each.