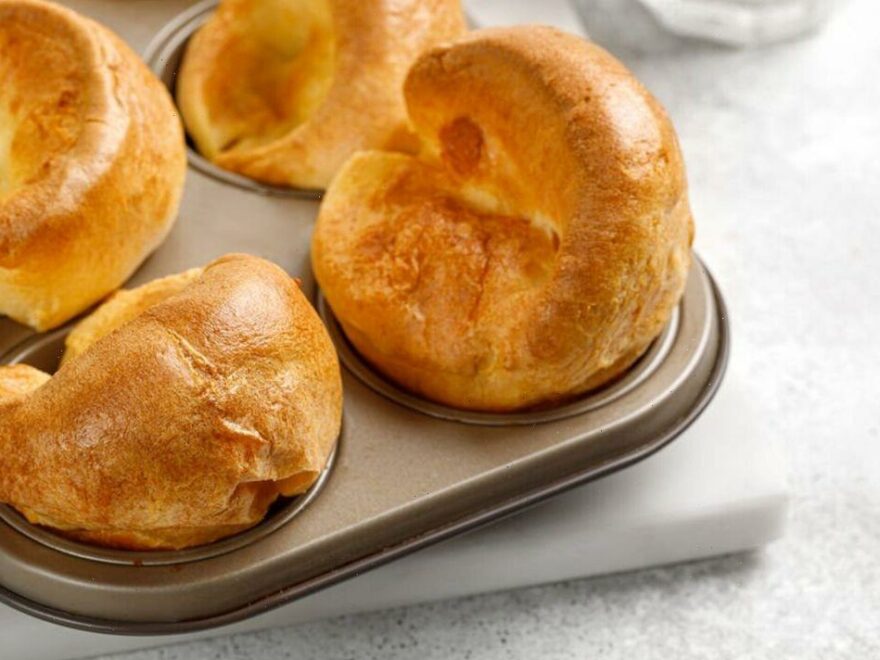 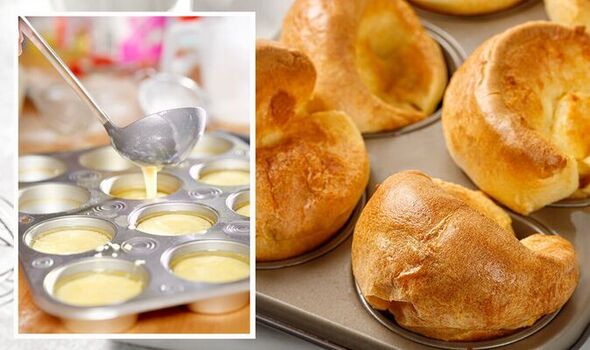 Yorkshire puddings are a common side dish to a Sunday roast, but it is a versatile food that can be served in numerous ways depending on its size, ingredients and the accompanying components of the meal. Yorkshire puddings can be difficult to make in the oven, but with the rise in popularity of the air fryer, giant, golden yorkies with fluffy insides can be created with very little effort – here’s how.

There are several recipes for Yorkshire puddings, but the trick to making yorkies without measuring is to use equal quantities by volume – and an emphasis on volume, because it’s not by weight which makes a huge difference.

All you need to do is fill a mug, a bowl or even a plastic container with equal amounts of flour, beaten eggs and milk, and you’ll have a perfectly good batter.

Nanna Bea on TikTok follows the ‘equal parts’ method. In a recent video, she showed her 1.2m followers how she makes Yorkshire puddings.

“So many asking how to do Yorkshire puddings in an air fryer so put this together, hope this helps,” she captioned the video.

The clip began with her explaining: “Let’s do an air fryer Yorkshire pudding,” and noted the temperature of her appliance was set at 180 degrees Celsius, for 15 minutes.

Nannabea had already placed two ramekins into her air fryer with a dash of oil and heated them up.

She then mixed one cup of plain flour, one cup of milk and one cup of beaten eggs together. This mixture was then poured half into the ramekins and oil – filling the ramekin halfway.

The basket was then returned to the machine for 15 minutes until the Yorkshires had risen and were golden brown.

If you prefer one giant Yorkshire pudding that you can put your whole roast dinner inside, then try Stephanie Cox, also known as @notsofarmerswife on Tik Tok, recipe.

Stephanie used 120g of plain flour, 200ml of milk, four eggs and seasoned the mixture with a little salt and pepper.

First, she whisked the eggs, then added the milk, before slowly adding the flour and beating with an electric whisk until the batter was smooth and air bubbles had formed.

She then used a deep rectangle silicone tray which she slotted inside her air fryer and added a “small amount of oil to cover the bottom” and heated at 180 degrees Celsius for three minutes.

After three minutes, pour all of the mixture into the tray and choose the bake setting for 20 minutes.

Once the timer was up, she opened the air fryer to reveal a massive, golden Yorkshire pudding which she plated and poured minced beef, onion gravy, peas and potatoes on top.

Her video gained a lot of comments, @1mmb was impressed with the result: “This is the only one I’ve seen which is a large size and you achieve a good rise. I’m trying this today.” @Nic added: “That looks so good.” @Dub21 wrote: “Love making Yorkshire puddings.”

Cooking in an air fryer saves more energy than using a conventonal oven and Currys has discounted the Tefal Easy Fry Air Fryer for Black Friday. Dropped to £59.99 from £89.99, it’s a great addition to small kitchens and can cook a variety of delicious meals.

Air fryers are great for cooking many things – not just chips and breaded chicken – and they are considerably cheaper to run than compared to an electric oven.

“It found that cooking chicken in an air fryer can save you more than 80 percent of energy and therefore cost compared to an electric oven.”