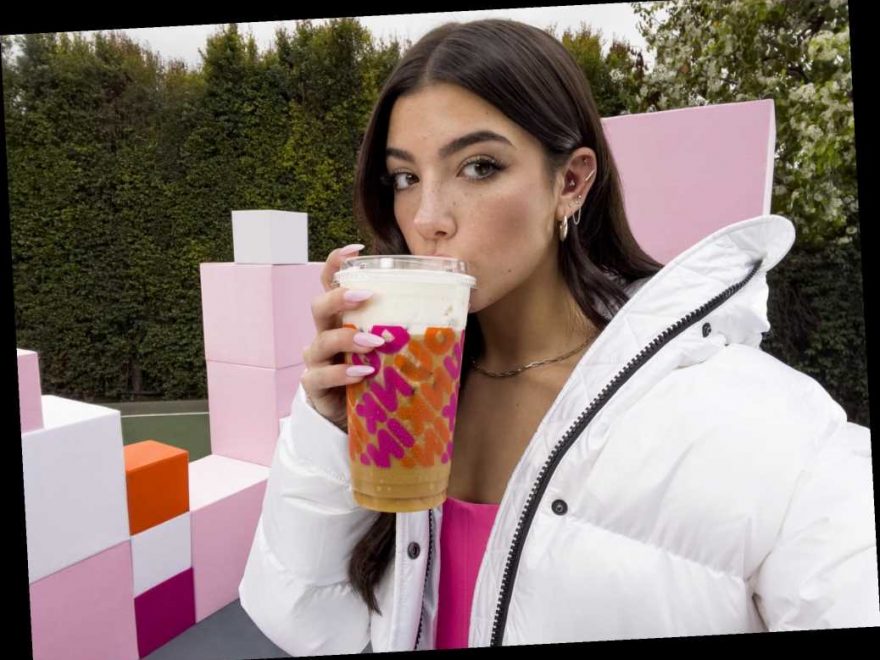 Charli D'Amelio has created yet another Dunkin' drink — but it's just a slight tweak on her signature order.

The 16-year-old TikTok superstar, who launched "The Charli" on the Dunkin' menu back in September, has once again partnered with the coffee chain to produce her newest caffeinated beverage, called "The Charli Cold Foam."

The new drink, available starting Feb. 24, features the same ingredients as D'Amelio's go-to order — a Dunkin' Cold Brew with three pumps of caramel — but with the addition of Sweet Cold Foam and cinnamon sugar on top.

"[It] is a nice change-up to my everyday drink for the days when I'm feeling like I want something different," the teen exclusively told PEOPLE. "The new sweet cold foam is such a smooth addition, and the cinnamon sugar gives it some extra sparkle."

The cold foam will also be added to the Cold Brew and the Chocolate Stout Cold Brew drinks as two new products on the Dunkin' menu. Both are also available starting Feb. 24. D'Amelio, who has over 108 million followers on TikTok, told PEOPLE that she's been going to Dunkin' for years with her sister, Dixie D'Amelio, and their dad, Marc D'Amelio.

"We always used to go on donut dates – my favorite was and still is Chocolate Frosted with Sprinkles!" the social media star said.

Due to her newfound fame, D'Amelio, says she often runs into fans when she goes out for her morning coffee or to run errands now.

"I genuinely love my fans and I don't mind at all when I meet people when I am out and about," she says. "It's really nice to connect with fans outside of a device, and I think it takes a lot of courage to go up to a stranger and talk to them, so when people do I think it's really sweet." The social media star is also hopeful for the future. "I'm excited to be able to see my extended family and my best friends from Connecticut who I haven't seen in a while due to COVID-19," she says. "I'm also excited to be able to take dance classes and meet as many fans as possible, since I haven't been able to really interact with them in-person this year!"

For every "Charli Cold Foam" purchased through the Dunkin' App from Feb. 24 through Feb. 26, Dunkin' will donate $0.50 to the Dunkin' Joy in Childhood Foundation with a total donation of up to $25,000 to support the Foundation's Teen Prom Program.