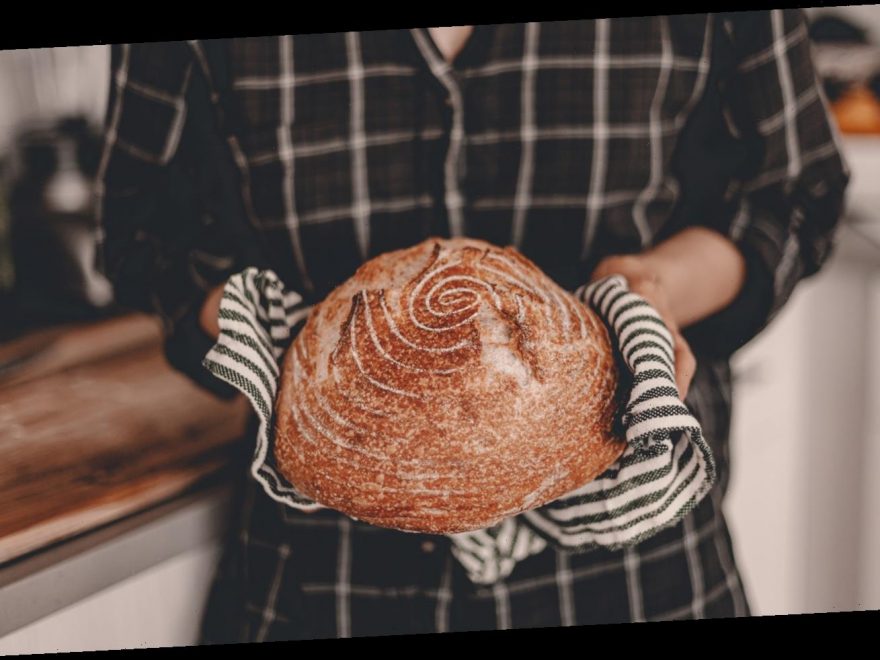 By now, you likely know that gut health is vital to nearly all of the other processes taking place in your body. After baking bread and finding other hobbies throughout quarantine, you’ve likely seen the sourdough trend on social media as well. Turns out, baking this type of bread may be beneficial beyond racking up Instagram likes.

According to Healthline, making sourdough is one of the oldest forms of baking bread. Per the outlet, instead of relying on traditional yeast to help it rise, sourdough utilizes the natural ingredients already in the mix, like “wild yeast” and various strains of bacteria. This lactic acid bacteria works in a similar way to the bacteria that’s also present in other fermented foods like yogurt and kimchi. If you’ve seen the “sourdough starter” stories on social media, this is what it contains.

Keeping your gut flora healthy serves as an integral piece of various biological processes. With sourdough’s high level of gut-healthy bacteria and low level of gluten, it offers people an alternative to many conventional options. “Sourdough is a better form of white bread,” Dr. Will Bulsiewicz told Bustle. “The fermentation process reduces the gluten content and enhances the bioavailability of nutrients in the flour.”

Basically, the bacteria from the starter aids in various processes that enhance nutrients in the bread.

Sourdough contains more nutrients than other types of bread

Although other types of bread that are commonly referred to as healthy boast similar nutritional profiles, sourdough contains a specific ingredient that makes its various minerals more bioavailable. Phytate, or phytic acid, inhibits the absorption of minerals such as phosphate, magnesium and zinc, Healthline reports. This “anti-nutrient” binds to these particles and makes them much more difficult to absorb. So, when you’re chewing on your wheat toast, the particles that your body needs may not be reaching your blood stream.

On top of containing more bioavailable nutrients, sourdough bread also boasts a higher fiber content than its counterparts. Bustle reports that, because this type of dough goes through the fermentation process, it keeps its natural flavor — reducing the need for fillers, sweeteners, and other additives that aren’t great for gut health. Stick to the whole grain sourdough options for the highest nutrient count possible.

If you’re looking for your probiotic fill, however, don’t depend on sourdough alone. “Though fermented with the probiotic culture lactobacillus — the same culture that ferments sauerkraut, kimchi, kombucha, and pickles — sourdough doesn’t contain probiotics, as they are burned off in the baking process,” Stephanie Papadakis, nutritional consultant and founder of Gut of Integrity, told Bustle.

The gut-healthy benefits lie in sourdough’s readily available nutrients. As for the unique taste … that’s an added bonus.