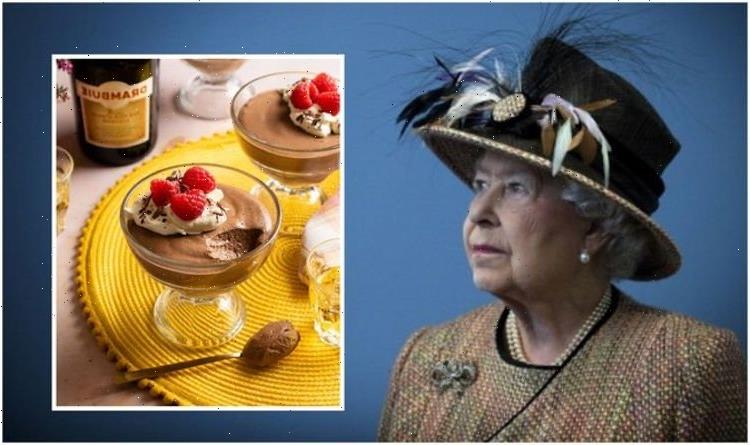 British amateur cooks are currently competing to pitch their best ideas for a new pudding to celebrate the Queen’s Platinum Jubilee this summer. Royal fans may be wondering what the Queen’s favourite recipes are for desserts in light of this competition.

Many royal recipes have been released by former royal chefs that used to work for the Queen.

These can be used as inspiration by royal fans for their innovative creations this summer for the Platinum Pudding.

A recipe originally shared by Darren McGrady, a former royal chef who worked at Buckingham Palace between 1982 and 1993, was the Drambuie chocolate mousse.

This was revealed as one of the Queen’s much-loved desserts and contains two crucial ingredients.

These are dark chocolate and warming Scottish whisky liqueur, Drambuie.

Darren previously said: “It’s no secret that the Queen loves chocolate, and the darker chocolate the better.

“Here’s the most delicious chocolate mousse I made for the Queen, both at Balmoral and banquets at Buckingham Palace, that you will ever taste.”

Below is Darren’s original recipe made from Drambuie that he made for Her Majesty.

Melt the chocolate taking care not to overheat it in a large bowl.

Put the coffee in a small bowl and dissolve in the boiling water.

Whisk the egg yolks into the chocolate and then add the dissolved coffee and the whisky and mix well.

Whip the cream until stiff and peaks hold.

Whip the egg whites until stiff and the peaks hold.

Fold the cream with a metal spoon into the chocolate mixture followed by the whipped egg whites.

Keep folding until there are no white specks of cream or egg white and then pour into a decorative serving dish.

Put the mousse into the refrigerator for at least three hours to allow the chocolate to set.

The top can now be decorated with rosettes of whipped cream and chocolate curls for table presentation.

This mixture makes enough for about eight portions of dessert.