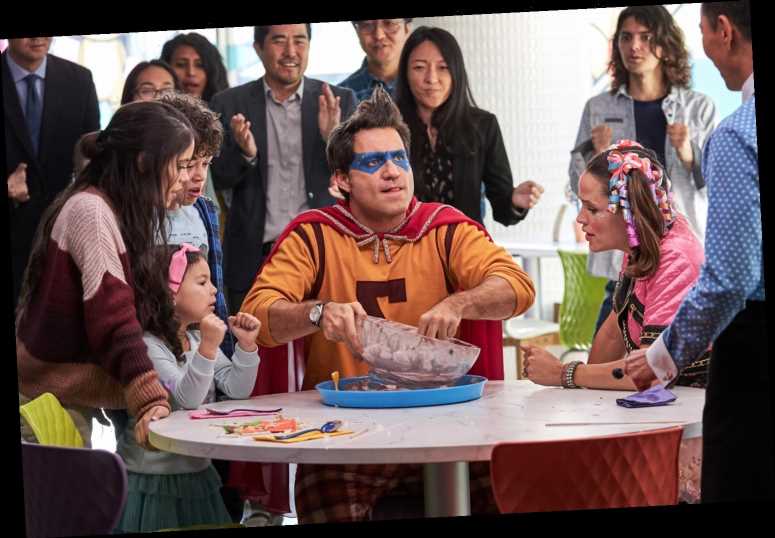 Édgar Ramírez got to satisfy his sweet tooth — and fulfill a childhood fantasy — in his new movie Yes Day.

In the Netflix family comedy film, the 43-year-old Venezuelan actor stars alongside Jennifer Garner as parents who let their kids make all the rules for a day. In one scene, Ramirez and Garner's characters are forced by their children to eat an entire bowl of ice cream in one sitting.

Appearing virtually on Jimmy Kimmel Live! Wednesday, Ramírez said that the hilarious ice-cream eating shenanigan was by far the actor's favorite moment of the entire film.

"I am a professional ice cream eater," Ramírez told host Jimmy Kimmel. "Since I was a kid, I've been practicing for what, like 35 years?" Ramírez went on to tell Kimmel, 46, that his love for ice cream began at a very young age while growing up in several different countries, including Venezula and Columbia, before moving to the u.S.

"I remember — I don't know if it was in Venezuela or Columbia or maybe both countries — there was this commercial with this little kid that was my age, maybe 6 or 5 at the time," he recalled. "He would dress as an adult to this fancy restaurant with all adults and he would come to the table and then he would start to order ice cream and then the fancy, kind of snide waiter would come and give him the most spectacular ice cream bowl. He would eat it, and then ask for more, and eat it."

"And that stayed with me forever," added Ramírez. "Little I knew that I would fulfill my childhood's fantasy as an adult in Yes Day." After Ramirez confirmed that the ice-cream eating scene was all him and "no stunt double," Kimmel questioned the Zero Dark Thirty actor about his all-time favorite ice cream.

"That is hard to tell, because I've been very dedicated," Ramírez said, before Kimmel interjected that his personal favorite ice cream is the gelato shops in Italy.

"That's the great thing about Italy," said Ramírez, "you have one every corner. Every corner you have a gelato or gelateria and it's fantastic." Yes Day was a major shift for Ramirez's acting career, given his past roles in dramatic projects like The Bourne Ultimatum, The Assassination of Gianni Versace: American Crime Story and The Undoing—but the actor has said he thoroughly enjoyed his foray into a new genre of film.

"I had a lot of fun doing this movie," Ramírez said in a behind-the-scenes clip from the film. "It was my first comedy but it was a beautiful experience, I loved it."