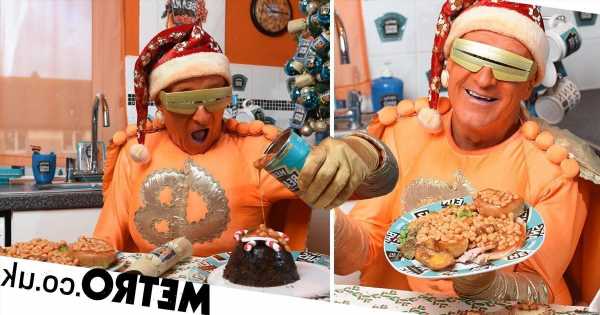 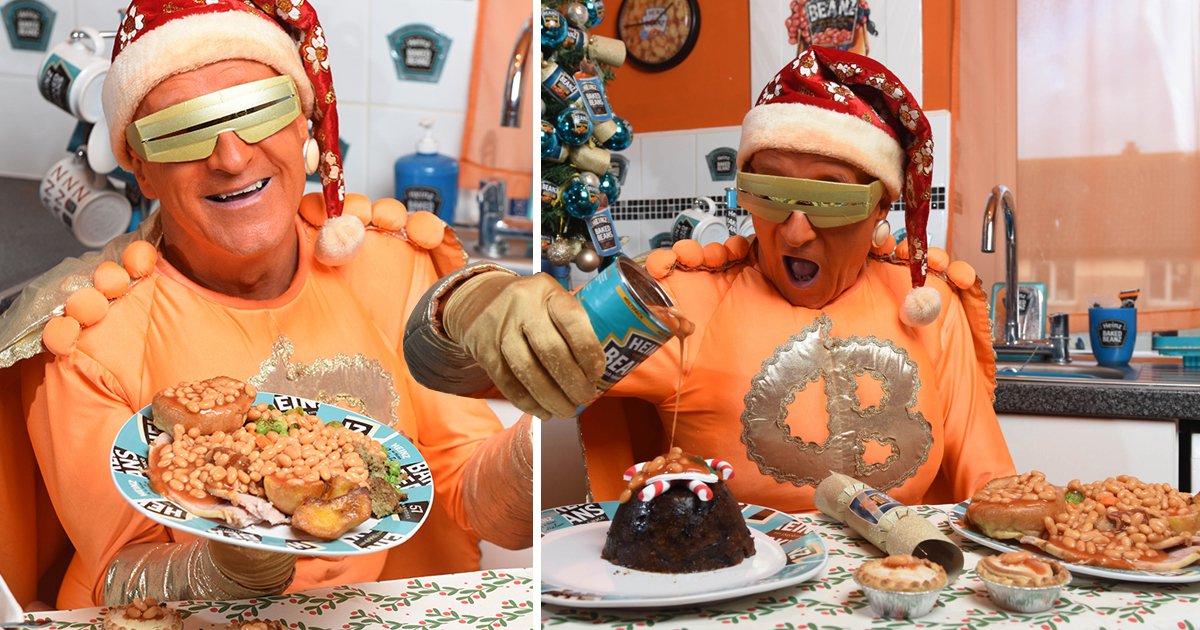 A man calling himself Captain Beany from Port Talbot, Wales, will be celebrating Christmas with his favourite ever dish: baked beans.

Formerly known as Barry Kirk, Captain Beany is absolutely obsessed with Heinz baked beans – he created a Guinness World Record in 1986 by spending 100 hours in a bath filled with beans.

Captain Beany is single and has spent Christmas alone for many years, instead using the opportunity to establish his love for baked beans.

He explained: ‘I’ve been single all my life so I’m spending Christmas on my own this year in my flat.

‘Heinz brought out baubles in recent years and I’ve been hanging empty Heinz baked beans cans on the Christmas tree.’

‘I’ve even made my own Christmas crackers with Heinz packaging wrapped around them.’

Captain Beany will be swapping out the traditional Christmas foods, like gravy, for baked beans on his Christmas dinner.

‘I’ll be eating it off one of my Heinz baked beans-branded plats and toasting with a ‘beana colada’.’

He loves his Christmas tree and has in fact kept it up all year round – despite some people believing you shouldn’t put your tree up too early – but Captain Beany thinks ‘it looks so good’.

The baked bean lover has spent £10,000 turning his home in to a baked beans lovers’ dream.

Prior to becoming Captain Beany, Barry was known for doing stunt challenges, but since taking on his role, he has raised over £100,000 for charity.

‘People thought I was crazy in the beginning but now, I’m known as a local legend,’ he said. ‘I do guest appearances, perform video massages for people wishing them a happy birthday, and my home is like a museum for baked beans.

‘It’s great fun for kids having selfies with the Captain.’