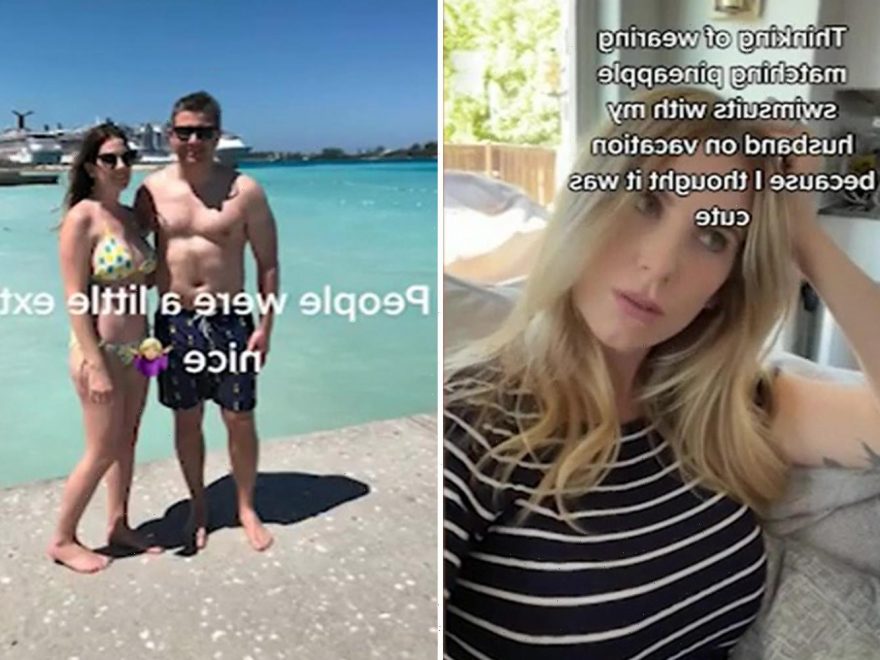 A MUM was left mortified after she accidentally gave off the impression that she and her husband are swingers thanks to their matching pineapple swimsuits.

TikTok user Linda explained that she thought it would be “cute” for her and her husband to wear the matching print on a recent trip away. 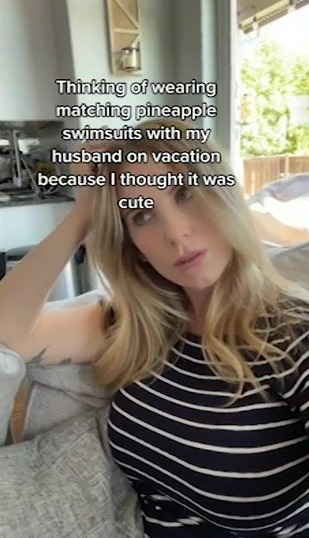 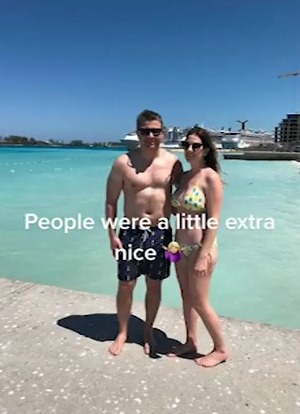 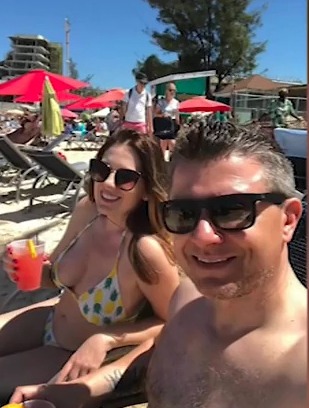 However, she had no idea that the exotic fruit is often associated with swingers.

Captioning her video, Linda wrote: “Thinking of wearing matching pineapple swimsuits with my husband on vacation because I thought it was cute.

“People were a little extra nice.”

Fellow TikTok users were left in hysterics over the couple’s faux pas, with many admitting they had no idea of the pineapple’s symbolism.

One wrote: “I feel like they should pick something a little more obscure, pineapple stuff is too cute.”

“Y’all walking around wondering why you’re so popular,” added another, while a third wrote, “OK but love the suit lmao.”

A fourth admitted they’d been in a similar situation, “At least you didn’t bring a huge pineapple pool float to the local country club pool like we did for two years.”

Meanwhile, a self-confessed swinger jumped in to say there was probably nothing for them to worry about.

They wrote: “We are lifestyle and have been for years… and the pineapple thing is more of a joke.