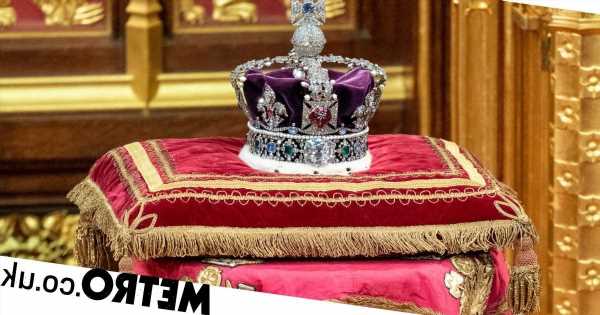 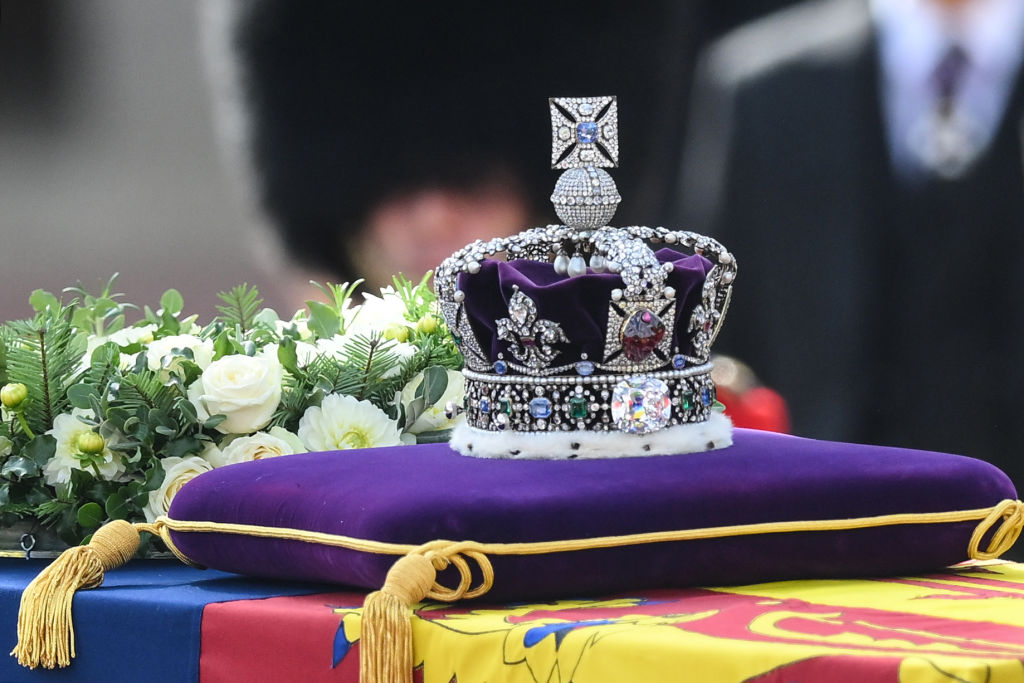 Her Majesty The Queen’s coffin will now rest at Westminster Hall.

Here, The Queen will lie in state until her state funeral on Monday, September 19 – with her orb, sceptre and the Imperial State Crown placed on top of her oak, lead-lined coffin.

Many will surely be fascinated by the jewel-encrusted, plus purple crown – as it truly is the pinnacle of the Crown Jewels.

The Imperial State Crown is one of the famous Crown Jewels, dating back to 1661 and the reign of Charles II – but was made in its current form in 1937.

This crown was worn by Her Majesty Queen Elizabeth II after her coronation in 1953.

It is also present at every State Opening of Parliament, and was worn by The Queen each year.

Even on occasions when Her Majesty could not wear it, or on the one occasion the new King Charles III attended in her stead, it wasn’t worn, but was still present at the State Opening.

Her Majesty once said to the BBC: ‘You see, it’s much smaller isn’t it? It would have been up to about there when my father wore it’ – pointing to the top of diamond-encrusted orb on top.

The Queen also called the crown ‘very unwieldy’ and quipped: ‘Fortunately my father and I had the same sort of shaped head, but once you put it on it stays. It just reigns itself.’

The Imperial State Crown is rather heavy, with The Queen adding that you can’t look down while wearing it.

Unsurprisingly, really, given that the crown is made of an openwork gold frame and velvet cap, and thousands of precious gemstones.

How much is the Imperial State Crown worth?

That’s a lot of gemstones, alas the Imperial State Crown doesn’t have an exact value attached to it – as it, along with other Crown Jewels the Imperial Orb and Imperial Sceptre, has never been appraised.

Some experts estimate the value of the crown at an eye-watering £3 billion to £5 billion.