A BRIDE has been left devastated after a guest turned up in a dress in a very similar shade to her own – but people's opinions are divided over the situation.

Posting to a wedding shaming Reddit thread, someone shared a snap that looked like it was taken at a wedding in Scotland. 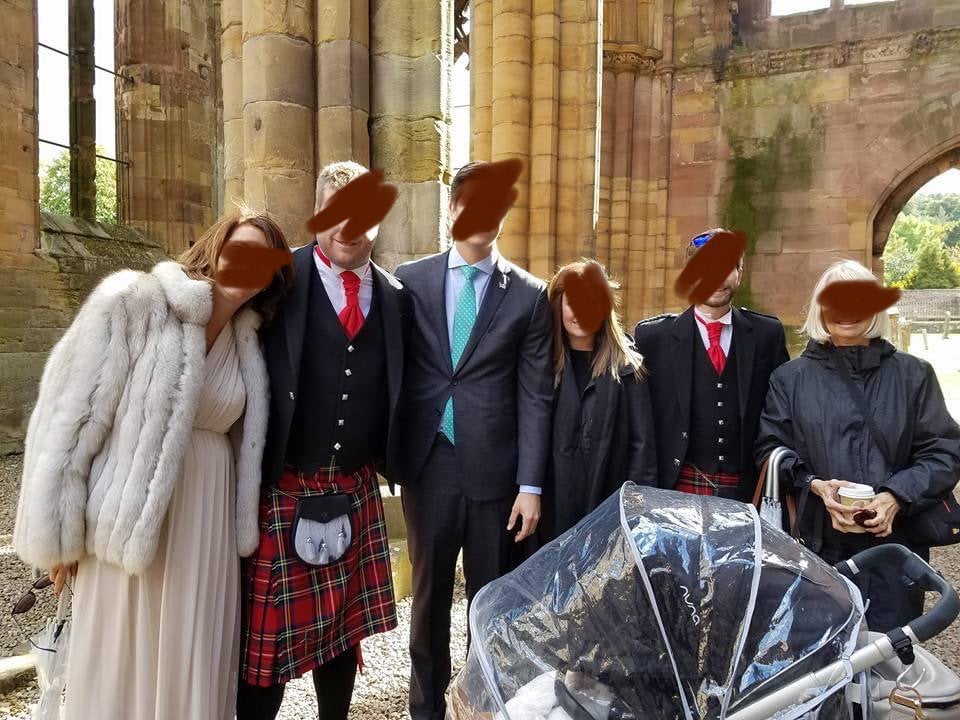 They captioned the post: "This lady turned up to her cousin’s wedding like this. At least she wasn’t wearing a veil, so there’s that."

In the photo, a woman can be seen wearing a light-coloured gown with matching fur shawl and is accompanied by men wearing kilts.

The person who posted the photo said the wedding guest is wearing a dress that is very similar in shade to the brides.

"It was off white, but almost identical to the bride’s dress colour. Apparently many people thought it was weird, including the bride," they said in another comment.

While the photo hasn't been confirmed as legitimate, people on Reddit are divided over what the woman is wearing.

Some commenters have said that the dress looks like it's more of a light shade of pink.

"Ooh are we sure this dress didn't look pinker in person? It's giving soft peach vibes that looks white in photographs and makes you do a double-take in person," one person wrote.

"Looks blush to me, I think she looks classy," another said.

"I have no problem with her look. No one is confusing her with the bride," a third person added, to which the poster responded: "Well, the bride thought it was rude."

Other commenters agreed with the opinion of the bride, saying the guest had taken it too far.

"If it’s close enough that it could look white in photos then it’s inappropriate," a Redditor commented.

"She could have tried harder not to be an a*** in trying to upstage the bride. And then topping it off in a whitish fur coat," one person said.

Someone else added: "I think it’s gone a bit far. You shouldn’t wear a wedding dress or anything close. Obviously."

For more on friend-wars at weddings, see how one bridezilla kicked her friend out of her wedding for cutting her hair -for medical reasons.

And how a bridesmaid is slated for ‘tacky’ wedding card full of rude comments.