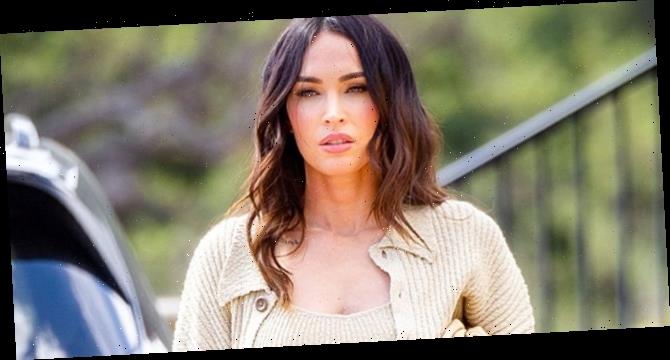 According to our calculations, Ugg season became a year-round phenomenon last August when model Joan Smalls was seen wearing the brand’s just-launched RTW and a mini boot on a 90-degree day in New York. It felt like she was starting the fall and winter off early, but truth be told, Ugg shoes are not just something you wear when you’re cold and need to slip into something to walk to the bodega. And now there are more than a couple of Ugg slingbacks, slides, and sandals that everyone in Hollywood is wearing as we head into the spring and summer months. They’re known as Ugg Fluff Yeah, and they’ve actually been sold out at Nordstrom for weeks. The retailer quietly restocked them recently. Thankfully, it’s right in time, because Megan Fox, Selena Gomez, Gigi Hadid, Addison Rae, and nearly every other famous person ever has been spotted in a pair. There are actually two different styles that have been favored by celebrities. The first is the aforementioned Fluff Yeah, which is a shearling slingback sandal with a peep-toe. They have a comfortable elastic strap featuring Ugg’s logo, a platform sole, and a fluffy exterior that makes them feel just like something you’d wear at home. They come in every color and pattern imaginable from neon green and pink to rainbow and animal print. And clearly they’re not necessarily a celeb-style secret with nearly 7,000 five-star reviews on Nordstrom.

The second Ugg sandal has just as fun of a name and is known as the Oh Yeah. Think of it as the shoe equivalent of the Juicy Couture tracksuit, mostly thanks to its bedazzled elastic strap. It’s built more like a traditional sandal with two fluffy straps, which also makes it incredibly breathable. And while we’re partial to the coral pink color — which absolutely feels like something Paris Hilton would wear on The Simple Life — they often come in other colors as well. Although those seem to still be sold out for now. So while we start spending more time outside, if you’re not quite ready to part with your Uggs, you clearly don’t have to. If anything, you can start wearing Uggs even more than before. Ugg season forever… and ever and ever.

Shop the best Ugg slippers, slides, and more for spring and summer before they sell out again, below.