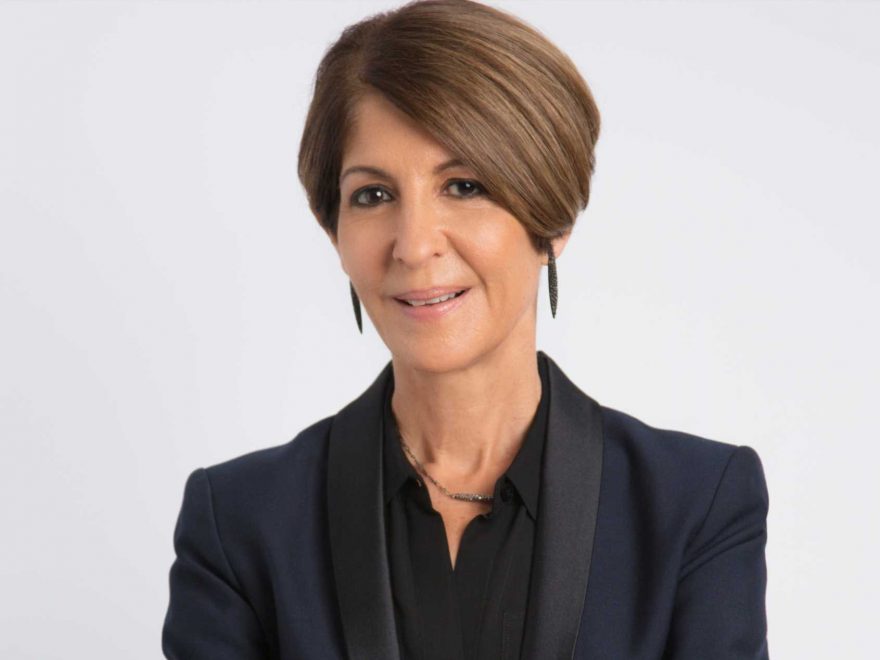 The Costume Institute’s go-to front woman will remain in her post through September to commandeer communications for the “In America: A Lexicon of Fashion” exhibition opening on Sept. 18 and the 2021 Met Gala five days prior. Perhaps no one knows the ins and outs of The Met more thoroughly than Chilton, who has been in the role for 15 years.

Following her departure, Chilton will open a strategic communications consulting business, continuing to consult with The Costume Institute on a project basis. An unexpected snowstorm in Rome that hampered a 2018 “Heavenly Bodies: Fashion and the Catholic Imagination” press preview with Vatican officials, the fallout from celebrity smokers like Bella Hadid sparking up in the museum’s bathrooms during the 2017 Met Gala, and antifur protesters storming the stage at a Michael Kors talk at The Met that same year are among the many who-would-have-thought moments that Chilton has encountered. But none were top-of-mind Thursday, when Chilton was asked what jumped out as her highlights at the museum.

“There are so many — the Michelle Obama ribbon cutting at the opening of the Anna Wintour Costume Center [in 2014] with her and a great set of people. Every year the gala, thanks to Anna and Vogue, manages to just become something even more. Lady Gaga [extravagantly arriving] for [the 2019 Met Gala] for ‘Camp: Notes on Fashion.’ And the exhibition openings are always my favorite moment, when all of the things that you’ve been communicating to people based on words and pictures of dresses actually becomes this incredible immersive experience. And you get to eavesdrop on all the people,” she said.

The press previews that typically welcome hundreds are always standout moments, especially the one for “Camp.” Once the doors were opened, and “seeing everybody’s jaws drop into that huge gallery at the end,” she said.

Chilton said her career move “was not in the least” tied to budget cuts of any kind. Like many cultural institutions that had been forced to close temporarily during the pandemic, The Met has been beleaguered by layoffs, reportedly reducing its 2,200-person staff by 20 percent.

As for how she would relay the scope of what she does to those who have never visited The Met, Chilton said, “That’s a hard one because it’s really the management of The Costume Institute’s reputation and the museum’s reputation. But it’s also communicating in a really compelling way what Andrew’s dreamt up next,” referring to Andrew Bolton, the Wendy Yu curator in charge of The Costume Institute.

”The First Monday in May” documentary captures all that happens in the course of a year, with the opening of the Costume Institute exhibition and the night of The Gala, according to Chilton. All in all, she said what she likes most about her role is working with the team at The Met, at Vogue and whoever the annual sponsor may be. “It’s like being on a film production. You get to know everybody so well,” she said. “What I’ve liked the least is not seeing everybody for the last year-plus. Zoom calls are not the same as meeting in person and being able to build relationships with people.”

While it is too soon to say what types of clients Chilton plans to work with, she said she has hopes and dreams that extend to the fashion world and beyond. Prior to The Met, she worked at Ralph Lauren for seven years until her husband was transferred to London.

“I’m thrilled that my relationship with The Costume Institute and Andrew [Bolton] will always continue. He’s an amazing person to work with both as an intellect and as a friend. He’s fun and he’s funny and he’s so smart,” Chilton said. “It’s always different and refreshing. One thing that I love is that every year is different. It’s a different exhibition, a different sponsor. Some of the cast of characters remain the same, but then new people come in to work with and meet. Getting to work with everybody from Gucci to Versace to Apple to Amazon to Instagram — you just meet some of the most incredible people.”

All in all, Chilton is often dealing with “little fires everywhere and coming up with solutions. There is a lot of high-level diplomacy but it’s a great challenge. And I’ve loved working with all the people I’ve worked with for the past 15 years. I value that so much.”

Writing is another upside, “working on messaging and then sharing it with everyone else in the world,” she said.

Asked about any plans to celebrate, Chilton said, “I have to get through the next Met Gala and the exhibition opening at the end of September [laughs] so I hope so. I definitely will.”