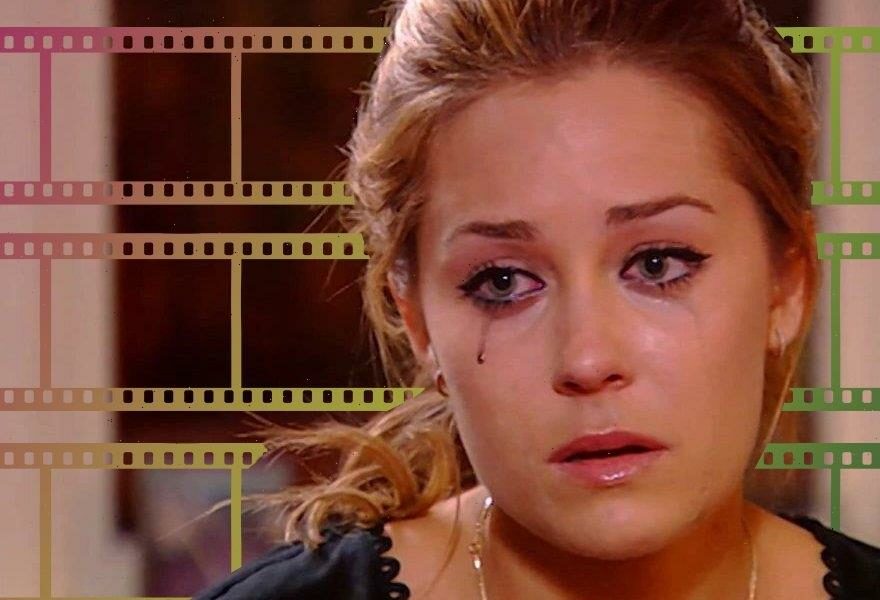 While Lauren Conrad was becoming famous narrating her senior year of high school on Laguna Beach, I was dealing with the trials and tribulations of middle school. I didn't watch the LC-Kristin Cavallari-Stephen Coletti love triangle, or the beginnings of her tumultuous relationship with Jason Wahler play out in real-time. I was too busy rooting for Emma Roberts as Addie Singer on Unfabulous, mourning the end of the Lizzie McGuire era, and wishing I had psychic powers like Raven Symone in That's So Raven.

Flash forward to when LC packed up her childhood bedroom and headed for LA, I was a 15-year-old high school sophomore dreaming about what it would be like to work for a magazine. As soon as I caught a glimpse of the California native's seemingly charmed life on The Hills, I was hooked.

From that point on, Lauren Conrad wasn't just a reality TV persona whose drama was just fodder for gossip with my friends; she became something of an idol to me — a 20-something leading by example in the industry I wanted to break into. No, I didn't watch every episode of The Hills (*at the time — I've since binged the entire series in quarantine), but I was a savvy millennial with internet access and a Teen Vogue subscription. Instead of the Kardashians, I was keeping up with Conrad as her goals and style continued to resonate with my own. Between the ages of 15 and 17, if LC thought something was cool, so did I, especially in terms of clothes. On the rare occasion that I accessorized, it was with either some sort of chunky bangle or long statement necklace, and I quickly adopted Conrad's casual but oh-so-cute pairing of leggings or jeans with flowy blouses (very on-trend in the early aughts). I appreciated her conservative, but still sweet and, at times, appropriately sexy aesthetic, especially in the era of low-rise jeans and baby tee crops (trends that certainly did not manifest into my wardrobe). I even brought a picture to my hairdresser and asked for swooping side bangs just like LC.

This level of obsession lasted up until the fall of my senior year of high school when I was introduced to another fashion icon of cable TV: Blair Waldorf. Admittedly, I was less interested in the storyline of Gossip Girl than I was in the show's outfits. Every character had his or her own aesthetic and a signature item fans associated them with. For Chuck Bass, it was a scarf. For Serena, it was a good pair of heels. Dan Humphrey wore a lot of blazers and button-downs, Nate Archibald had a thing for sweaters, and Blair was the queen of headbands (among other things).

Or, so I thought.

I hate to break it to you, Upper East Siders, but while Blair Waldorf may have skyrocketed the headband trend, it turns out Lauren Conrad was making a compelling argument in favor of the preppy headpiece an entire year before Queen B even graced our television screens. The Hills first premiered on May 31, 2006, in which LC wears a multicolor silk scarf as a headband to her college registration. The first episode of the original Gossip Girl didn't air until September 19, 2007. Granted, B can be spotted wearing a Jennifer Behr headband to match her lace mini by Anna Sui in the first two minutes of the episode, but a wise Blair once said she's the destination, and LC paved the way for this headpiece heiress to reign. However, it's worth noting that while headbands were, undeniably, LC's signature before they were Blair's, neither woman has a monopoly over the accessory, nor did they make them popular for the first time in fashion history. The popularity of headbands dates back to the 1920s and they were worn by starlets like Bridgette Bardot, Grace Kelly, and Audrey Hepburn.

Like any clothing item, there are many ways to wear a headband, and these two pop culture icons are proof of that. Lauren Conrad wore headbands in a way that was cute and casual; Blair Waldorf wore headbands in a way that made them feel high fashion, and there's room for both style techniques in the fashion world. In fact, upon my rewatching both series over the last few years, I came to realize LC and B actually wore similar styles of headbands throughout their respective shows, but in such different ways. When it comes to their respective floral headbands, B makes sure her entire outfit, headpiece and all, is monochromatic. LC, on the other hand, uses her headband as a statement piece, the pop of pink adding contrast to her look.

A Headscarf as a Headband Lastly, both ladies weren't afraid of color or patterns. B still aims to match her headband with the rest of her ensemble, LC leans on the accessory as her statement piece.

This all to say, whether you're team B or LC, both ladies have served up some amazing accessorizing artistry over the years. And seeing as how hair trends from the early 2000s, including headbands, are making a comeback this fall, what better icons to draw inspiration from than those who brought headbands back to life for Y2k? After all, you know you love them.