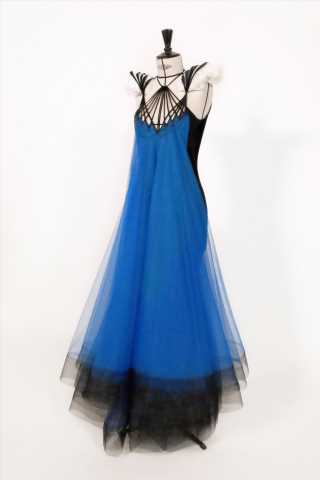 PARIS — The Sidaction auction kicks off Thursday, and the AIDS-fighting association has disclosed the lots up for grabs — they read like a who’s who of the luxury fashion world. Experiences dominate — fashion show tickets! — but there is also memorabilia and clothing.

“We chose to focus on exceptional things, like a visit to the Hermès museum followed by lunch upstairs on the terrace — things that people don’t normally have access to,” said Jean Paul Gaultier, ambassador of the association.

“Some, like Jean-Charles de Castelbajac and Christian Lacroix, did paintings, there’s a chair by Hedi Slimane — neo-Art Deco, a bit futurist in gold leaf and Plexiglass that is absolutely magnificent — there are unique things like that,” he added.

“I donated a couture dress, there are plenty of lots that are rather exceptional. There’s also spending lunch with this or that person,” he said, coyly.

Reminded that he is one of those people, the designer broke into a grin.

“It would have been perhaps a bit long to spend the night with me,” he laughed.

In fact, there are overnight stays in the mix — including one at Boucheron’s Place Vendôme apartment, which has a bathtub overlooking the famous, spiraled column.

The Yves Saint Laurent package in Marrakech includes two nights in the La Mamounia hotel, as well as a series of private tours, including the Jardin Majorelle and the personal residence of Pierre Bergé and Yves Saint Laurent.

Lunches abound — in addition to the one on the terrace upstairs from the Hermès Saint Honoré flagship in Paris, there is also one in the gardens of Kering’s headquarters on the city’s Left Bank, and another at the Louis Vuitton family house in the western suburb of Asnières.

Ruinart and Moët & Chandon are offering Champagne tasting tours, and in addition to lunch with Gaultier, one can bid to dine with Line Renaud, a popular French singer and vice president of the association.

The list of private visits includes a hot new destination in Paris, the Pinault Foundation, and others that have been around for a spell: the Balenciaga sewing salons, Coco Chanel’s Rue Cambon apartment, Azzedine Alaïa’s kitchen — the latter comes with a meal.

Set up by Sidaction president Françoise Barré-Sinoussi and Renaud, the charity sale is supported by auction house Drouot Estimations with the partnership of the Fédération de la Haute Couture et de la Mode, which has been involved in Sidaction since 2003, and auction house Christie’s. It will be held on the Drouot website and runs to Jan. 31.

The association’s annual charity dinner, which traditionally takes place in January, closing Paris Couture Week, has been postponed until July. The auction has been teased through television shopping-style vignettes on the Instagram site, @fashionforsidaction, hosted by Gaultier and others, and shot by Loïc Prigent.

Benefits will be donated to fight HIV and AIDS. The association funds research on HIV as well as prevention and assistance programs for people living with HIV, spanning about 100 associations in France and abroad.

Clothing on offer includes a bright red Ami coat, covered in Swarovski crystals, a colorful silk pea jacket by Dries Van Noten, and a shirt and trousers ensemble by Yves Saint Laurent from the Seventies, worn by Catherine Deneuve. In addition to the gold Celine chair, there is an Alchemy chair by Rick Owens and Michèle Lamy.

This is not the first auction offering French luxury experiences. The Louvre museum last November held a sale supported by high-end houses that included private visits to the museum at night.