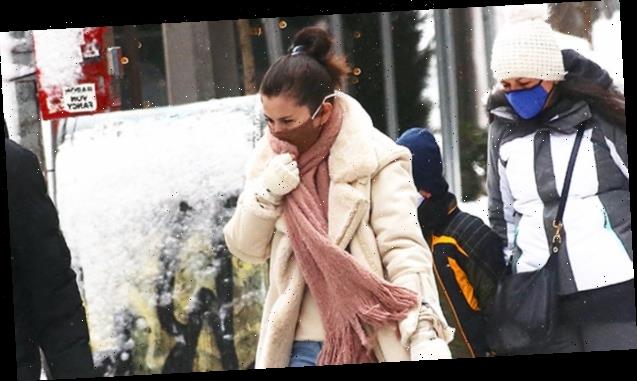 Whatever it takes! Selena Gomez still managed to rock heels in the name of fashion during New York City’s first snowstorm of 2021. The actress braved the slush and snow to grab lunch on Feb. 2!

Despite being a Texas and native and a current LA resident, Selena Gomez isn’t afraid of snow or cooler temps — like she experienced in New York City on Tuesday afternoon. The actress, who’s in town filming Only Murders In The Building, took a break from set to grab lunch The Odeon, a the French-American bistro in Tribeca. Sel was photographed trudging through the leftover snow and slush from Monday’s big snow storm that covered the Tri-state — in heels! 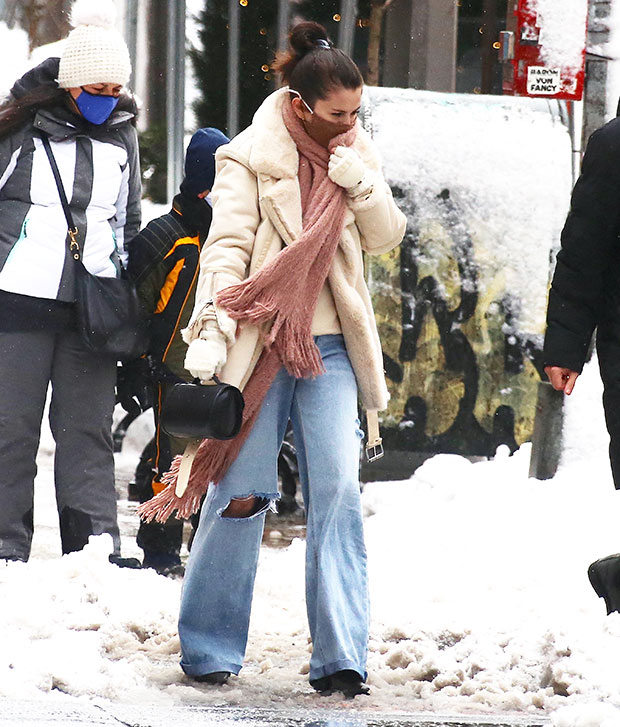 The “Baila Conmigo” singer bundled up in a cream-colored coat, matching gloves and a pink scarf to battle the brutal cold — but left her snow boots and pants behind. Instead, Sel stayed true to her fashionable roots and rocked ripped bell-bottom jeans and black platform heels. Although the bottoms of her jeans and her shoes were soaked from the wet city streets, the brunette beauty still managed to have an epic street style moment. Not to mention, her black bucket bag was a stand-out piece of her ensemble. 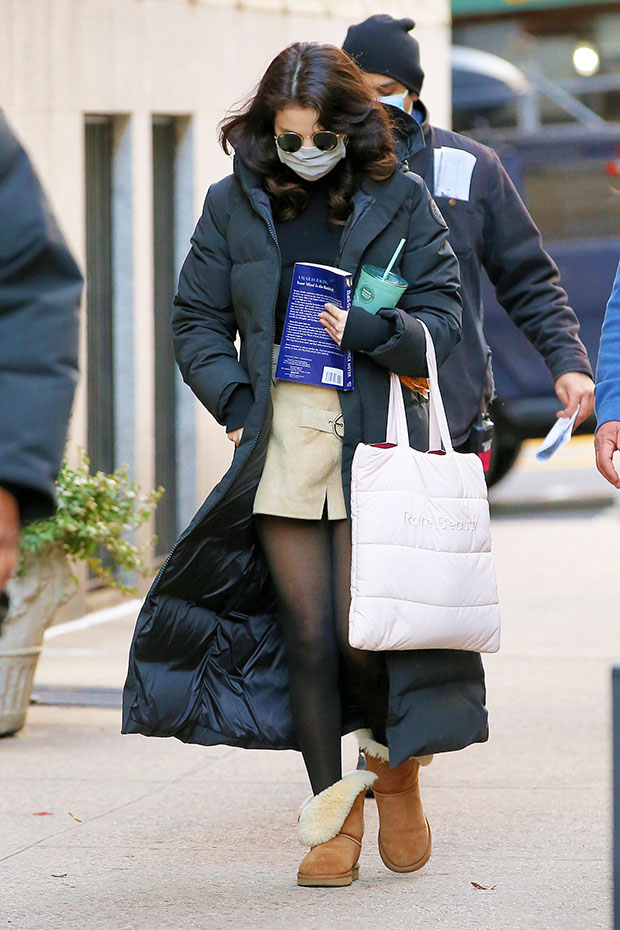 Throughout January, Selena has been photographed out and about around New York City. As mentioned, the actress is on the east coast to film Only Murders In The Building — a new American comedy television series, created by Steve Martin and John Hoffman, which will premiere on Hulu sometime this year. The new project also marks Selena’s first scripted television role since Disney‘s Wizards of Waverly Place. Additionally, she’s also slated to produce and star in the film adaptation of In The Shadow of the Mountain, the memoir of the trailblazing mountaineer, Silvia Vasquez-Lavado.

On top of her acting commitments Selena will release her first-ever Spanish EP, REVELACIÓN, on March 12. The forthcoming record will presumably include Selena’s other Spanish-language track, “De Una Vez“, which she released earlier this month.