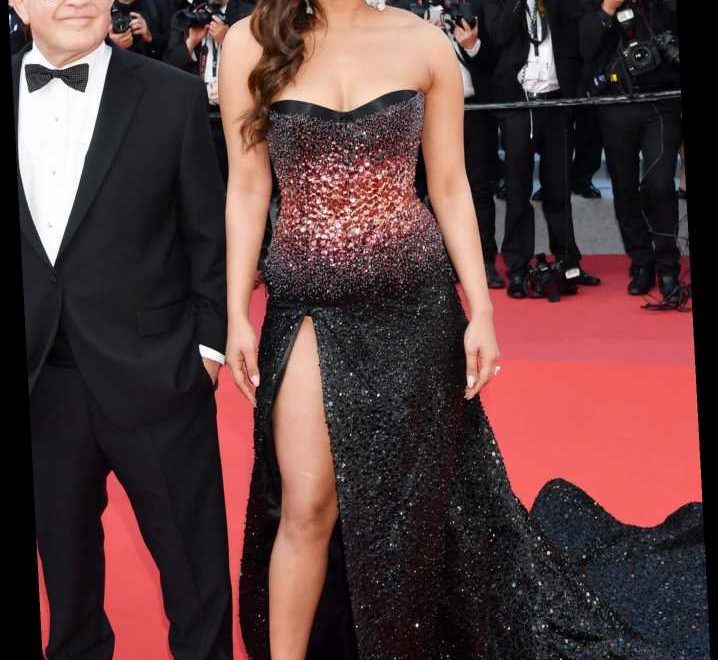 Priyanka Chopra Jonas looked perfectly poised as she walked the red carpet at the 2019 Cannes Film Festival, but unbeknownst to onlookers, the White Tiger actress was actually hiding a wardrobe malfunction as she posed for photographers.

Chopra Jonas, 38, recalled the moment on Instagram by sharing some throwback photos from the event. "I may look chill on the outside here, but little did everyone know I had just been freaking out on the inside. 😂," she captioned the images.

As the star was heading to the film festival, the zipper on the back of her intricately beaded, vintage Roberto Cavalli gown ripped leaving her with a major problem. Luckily, her glam team came to the rescue in a matter of minutes. "The delicate zipper to this vintage @roberto_cavalli dress broke as they were zipping it up minutes before I had to leave for the red carpet at Cannes last year. The solution? My amazing team had to sew me into the dress on the way in the 5 minute car ride!" Chopra Jonas said.

The Cannes red carpet wasn't the only time Chopra Jonas pulled off a fashion mishap. Back when she won the Miss World competition in 2000, the star covered up a malfunction like a pro while she was being crowned the champion.

"The year 2000 and I won Miss World, my dress was taped on to me. By the time I won at the end I was sweating so much 'cause it was so stressful that the entire tape came off," Chopra Jonas said on an episode of PEOPLE in 10. "The whole time while I was doing my walk or whatever when I won, I kept my hands like this in a namaste, which people thought was a namaste but actually was holding my dress up. So uncomfortable!" she added with a laugh.

Chopra Jonas also had an uncomfortable moment at the 2018 Met Gala. "My second Met Gala outfit was this blood-red Ralph Lauren beautiful outfit with the gold hood," she said. "But the corset under that thing, I couldn't breathe. I felt like it reshaped my ribs. So hard to sit during dinner and I obviously couldn't eat too much during that night."

Needless to say, Chopra Jonas has clearly mastered the art of keeping her cool on the carpet.