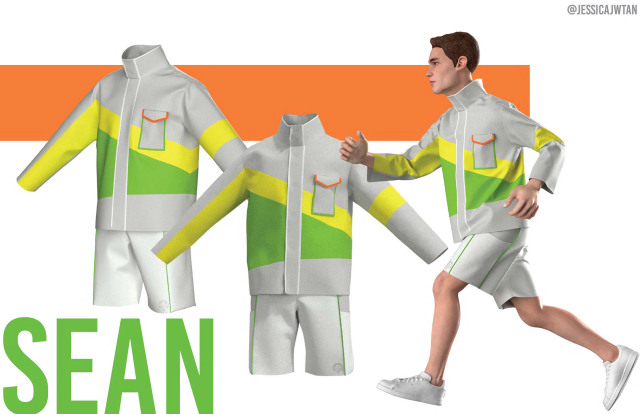 Parsons is continuing in the push for more inclusive apparel.

As part of its ongoing partnership with the Special Olympics, The New School’s Parsons School of Design showcased some of the creations students have designed for the athletes as part of the “Special Olympics x Parsons School of Fashion Inclusive Design Collaboration.” Athletes, students, faculty, special guests like Nigel Barker and representatives from the Women’s Tennis Association joined a 135-minute Zoom call to discuss the way forward for more representative design.

While many fashion companies and institutions have woken up to the need to offer more opportunities and products for underrepresented communities, there has not been a united effort to cater to those with physical or intellectual disabilities. Through its alliance with the Special Olympics, Parsons aims to not only design functional uniforms for athletes, but also to create a business model that will enlighten corporations and organizations to the prospect of hiring individuals with intellectual disabilities.

Brendan McCarthy, program director for Parsons’ BFA Fashion Design: Systems and Materiality, said this year’s class is “proof of concept” that a co-design system with the Special Olympics athletes and Parsons fashion students can be “a viable model to make systemic change in the fashion industry.”

The success of last year’s class led Parsons to strengthen its collaboration with the Special Olympics. Fashion photographer and Special Olympics ambassador Nigel Barker pitched in along with U.S. fencing Olympians and social justice advocates Miles Chamley-Watson and William Jedediah Dupree. This semester’s work focused on athletes of all abilities. The teams used innovative technology through Clo3D to reimagine representation and body diversity, and to develop engineered garments that were made specifically for Special Olympics athletes. This year the collaboration led to designs for tennis and track and field.

“People talk about inclusion. For me, the bigger picture here is we’re all human. We’re all here together. We’re all family. We’re all people. I don’t like titles. I don’t like names,” Barker said. “I see talent, skill, creativity, care, love and humanity. When I look at everyone’s designs, I think you couldn’t have done it unless you all came together. That’s why it looks so special and wonderful.”

Sixties-inspired, sci-fi tennis wear designs earned high marks from Barker, who noted how such defined design could heighten recognition for any athletic team. The choice of functional materials like Gore-Tex, nylons and other performance-oriented fabrics were a favorite, and the logo placement was another winner.

“You’ll be hired by almost any designer in the world,” Barker told the student designers. “They all want to have their logo written over everything most of the time. As a photographer, you’re often at times [like], ‘Oh, God. We have to shoot the logo piece, because it’s hard.’ But that was gorgeous. You zoomed in on the logo.”

Daniel Fletcher, a 33-year-old athlete spoke of competing in nine sports for Special Olympics New York and what the Parsons design project meant to him. “I love to talk about what Special Olympics means to me. I am so proud to be a part of the Parsons project and I love the designs that the students made me to use. Thank you for listening to me and making me look good.” 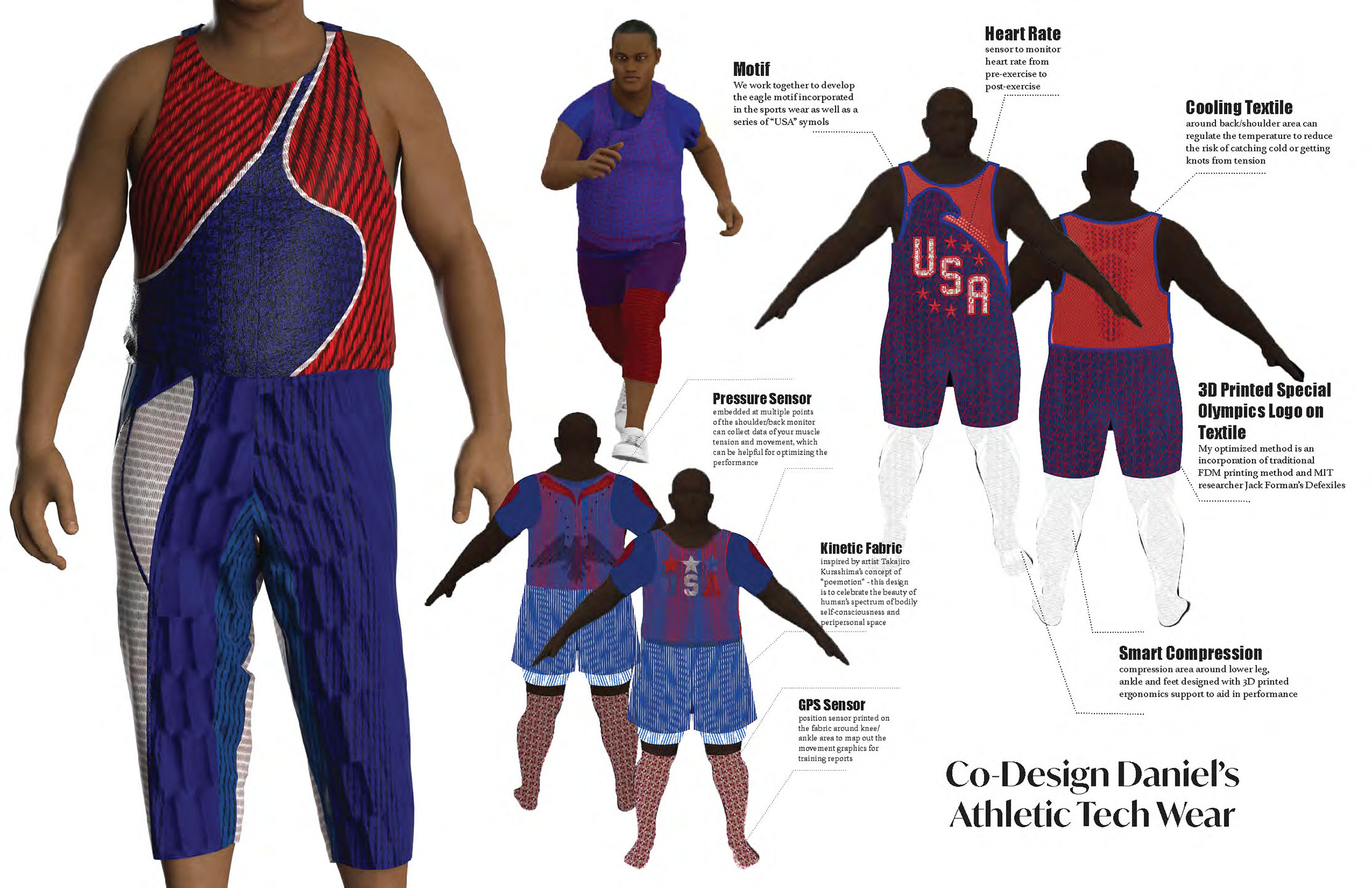 The program is meant to serve as a business model for other companies. Courtesy of Parsons

While adaptive fashion has been featured on “Project Runway” and during New York Bridal Week, most mainstream fashion brands and major designers have not readily embraced it. One exception is Tommy Hilfiger, who announced in March that he will expand his Tommy Adaptive collections internationally and increase the collections to twice a year.

In 2014, Danielle Sheypuk became the first model to work a New York Fashion Week runway in a wheelchair. Four years later Madeline Stuart became the first model with Down’s syndrome to participate in New York Fashion Week. With 356,000 Instagram followers, Stuart identifies herself as a public figure, who has walked in eight seasons of NYFW shows. In recent years, some brands have been criticized for alleged tokenism by featuring models in wheelchairs in advertising campaigns but not offering adaptive apparel that could work for them. 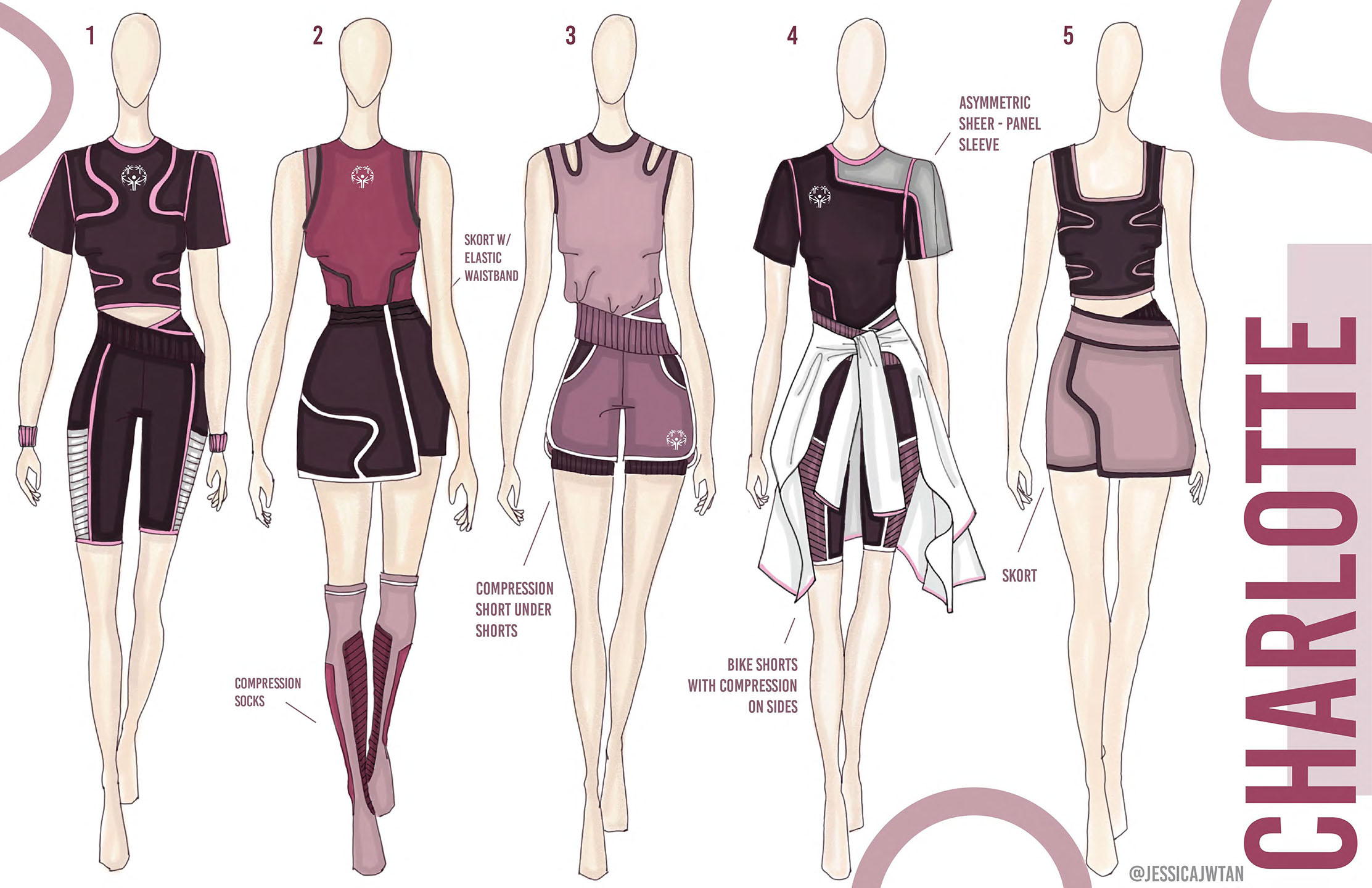 Parsons and the Special Olympics have an ongoing partnership. Courtesy of Parsons

One of the goals of the partnership’s next iteration, Parsons’ McCarthy said, is to collaborate with a major fashion or performance wear brand that shares the same values of inclusion, equity, co-design, social justice and sustainability to produce the designs for competition and for wider use.

“We hope that the class demonstrates through co-design, human-centered systems thinking and technology that there is no reason a Special Olympics athlete and people with intellectual disabilities cannot be a fashion designer, creative director and leader in any company,” McCarthy said. “We absolutely would love to see companies adopt this methodology and want to partner with them to implement this desperately needed change.”