Ahead of her performance Normani, turned heads in a super sexy leather ensemble as she walked the red carpet at the VMAs.

Normani, 25, is all set to take the stage at the MTV Video Music Awards later tonight — but she got the chatter going with this sizzling red carpet look. The former Fifth Harmony singer arrived in a cropped cream leather jacket with nothing underneath, except a bondage inspired strap. She paired the top with a super short mini skirt that allowed her underwear to peek through, all while showing off her incredibly toned legs and abs!

She kept her dark hair slicked back in a high ponytail, showing off her gorgeous silver hoop earrings. Normani elevated the entire look with her sultry makeup, which included a smokey eyeshadow and seductive burgundy lip. She added a dash of early 2000s vibes with the slightly darker liner and frosted finish lipstick, along with a dash of shimmery highlighter on her face. Normani tied the cool look together with a silver manicure and a number of rings on both fingers. 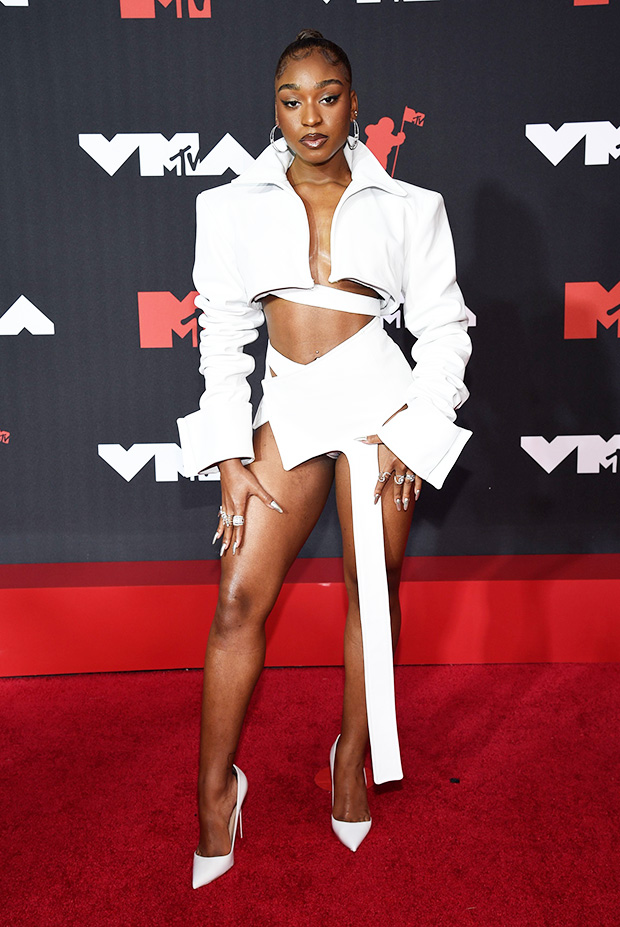 The Atlanta native previously opened up about her new work — which she’s performing later tonight — and why it’s so true to her as an artist. “I feel like this is the moment that I’m going to finally be able to breathe in and exhale—that’s the only way that I can really describe it,” she explained to Harper’s Bazaar. “I feel like I’ve been holding my breath for so long, because I’ve had this record for a long time now. Obviously, I haven’t released music in the last two years. With that comes a little bit of pressure, and also me feeling like everybody has an expectation — on top of the expectations that I have for myself,” she added, noting she’s “proud” of her latest work. 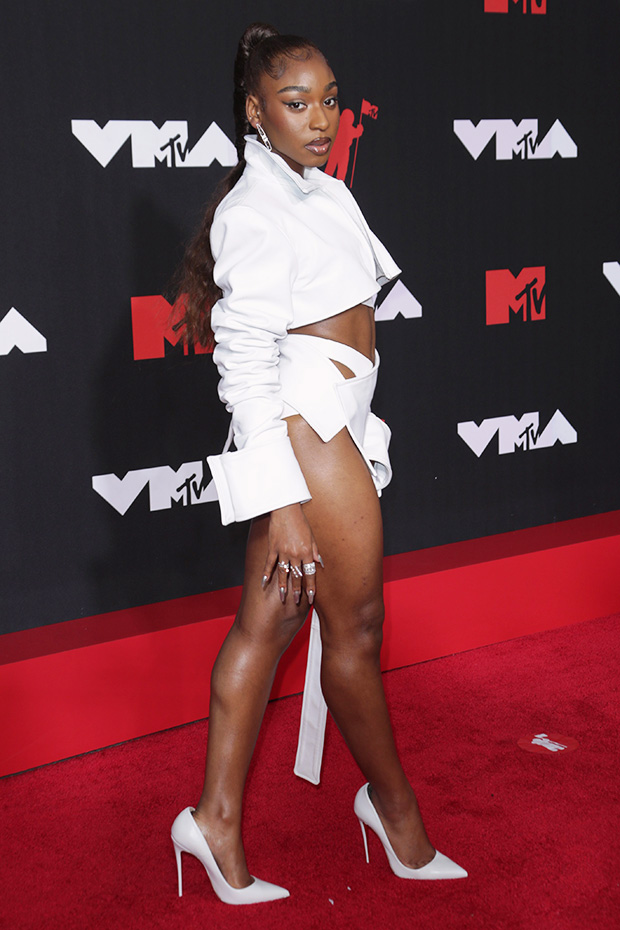 “I think for me more than anything, it’s bigger than the music. I think I’m finally getting out of my own way. The world is going to be able to see what Normani represents and who she truly is musically and the growth that I’ve had in the last two years. It’s really a level up,” she also said in the in-depth interview.

Normani won her first VMA Award in 2019 for the song “Waves” in the Best R&B video category. She’s had two additional nominations: a 2020 nod for the choreography in the “Motivation” video, as well as a “Song of Summer” nomination for her latest single “Wild Side.”