The Pettys are here! Nicki Minaj shared a rare photo of herself and her husband, Kenneth Petty, on Instagram on June 2.

For the most part, Nicki Minaj keeps her relationship with Kenneth Petty off of social media. However, she took to Instagram to post a rare photo with her husband on June 2. In the pic, the lovebirds are seated side by side in fashionable ensembles. Nicki look incredible in her sheer outfit, which features a lacy, corset top and black pants. Meanwhile, Kenneth is in a camouflage shirt and black pants.

The lovebirds are also both blinged out in expensive-looking accessories, including necklaces and a watch for Kenneth and necklaces and bracelets for Nicki. “I could still go to my hood, they know my body is good,” Nicki captioned the photo, using a lyric from her song “Fractions.”

“Fractions” was one of the new songs that Nicki recorded and dropped on the re-release of her 2009 mixtape, Beam Me Up Scotty. The lyrics reference the rapper’s life with Kenneth, as she raps, “I fell back, I had a baby you know, I did the mother thing, I did the wife thing, all that, yeah.” 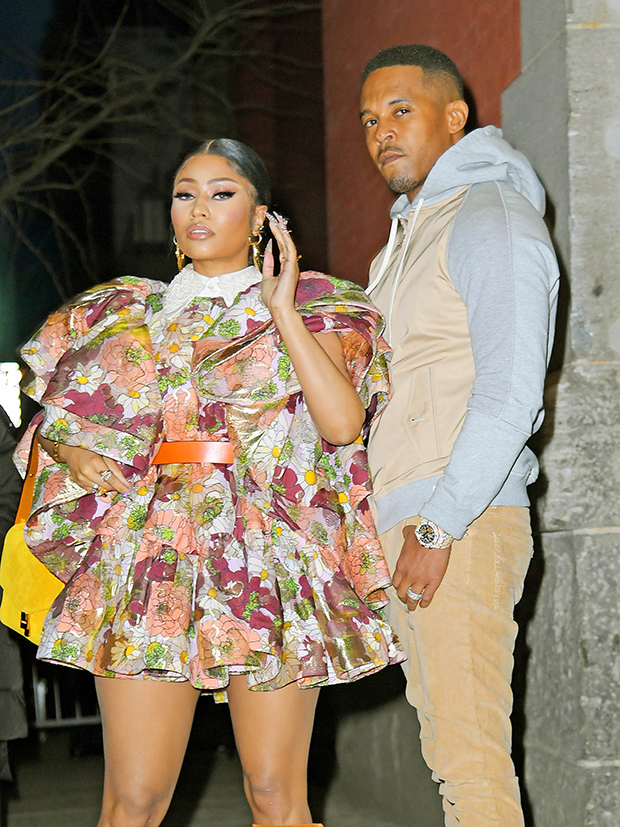 Nicki and Kenneth were married in October 2019, less than one year after they rekindled their relationship and started dating. The two had previously known each other as childhood friends when they were growing up. Nicki gave birth to the pair’s son in Sept. 2020.

After having the baby, Nicki took some time away from the spotlight. In February, this time was extended after her father was killed in a hit-and-run car crash. However, with the re-release of Beam Me Up Scotty in May, she’s definitely back and better than ever! In recent weeks, Nicki has been quite active on social media, and fans are loving it.

Soon, they’ll get even more of an insight into Nicki’s personal life thanks to her upcoming documentary series on HBO Max. A release date for the doc has not been confirmed, but it promises to “explore Nicki’s brilliantly creative mind and tell the story of her personal and professional journey.”