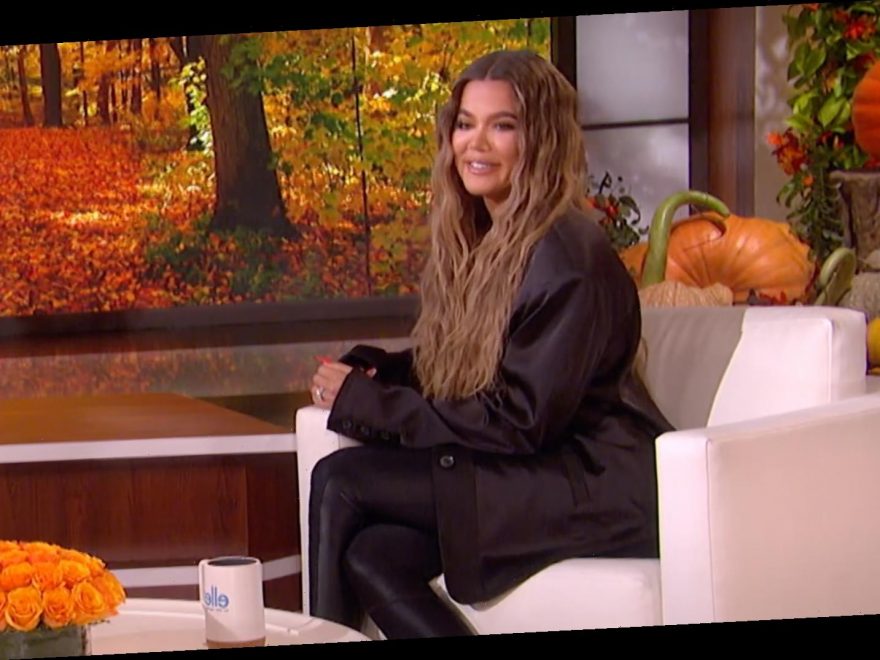 Fans probably missed it, but moments before Khloé Kardashian's most recent appearance on The Ellen Degeneres Show, she narrowly avoided a serious wardrobe malfunction. Luckily, she came up with a solution to hide her fashion fiasco just in time.

"I was wearing a shirt and backstage, the holes on the back [of it] ripped open. And I was like, 'I don't have anything to wear and it's live TV!'" Kardashian exclusively tells PEOPLE when we caught up with the star for her IPSY Glam Bag collaboration.

The Keeping Up with the Kardashians star made a quick-fix by finding an oversize black blazer to be worn instead. "I ended up putting on a really baggy blazer and I looked really menswear chic. But the whole time, I'm kind of scrunched over because I don't really have a top underneath. I'm like, 'Oh my gosh, what's happening?'" Kardashian says. In the end, Kardashian says "it all worked out" but admits in those moments, it's easy to be your own "worst critic."

"We just beat ourselves up and it sucks that we're like that. In the heat of the moment, you're so frantic. You're like, 'I'm going on live TV. It's the Ellen show!' You're kind of stressing yourself out more about the situation. But it's normally in your own head than what somebody else can see or what they're paying attention to," Kardashian says.

She adds, "I think for everybody, I always try to say we have to be kinder to ourselves."

The star keeps that same mindset when she thinks about what she posts on social media.

"I think the world right now, we have too much negativity at our fingertips. Just as much negativity, there is positivity, but we don't highlight it as much as we do the negative," Kardashian says.

Rather than dwell on social media shaming and the haters, Kardashian prefers to "highlight the positive" on her social media feed by sharing uplifting quotes and mantras. She says, "Just as much as I need a little boost in my day, I would assume one out of the 133 million followers I have might want to see the same thing I want to see."