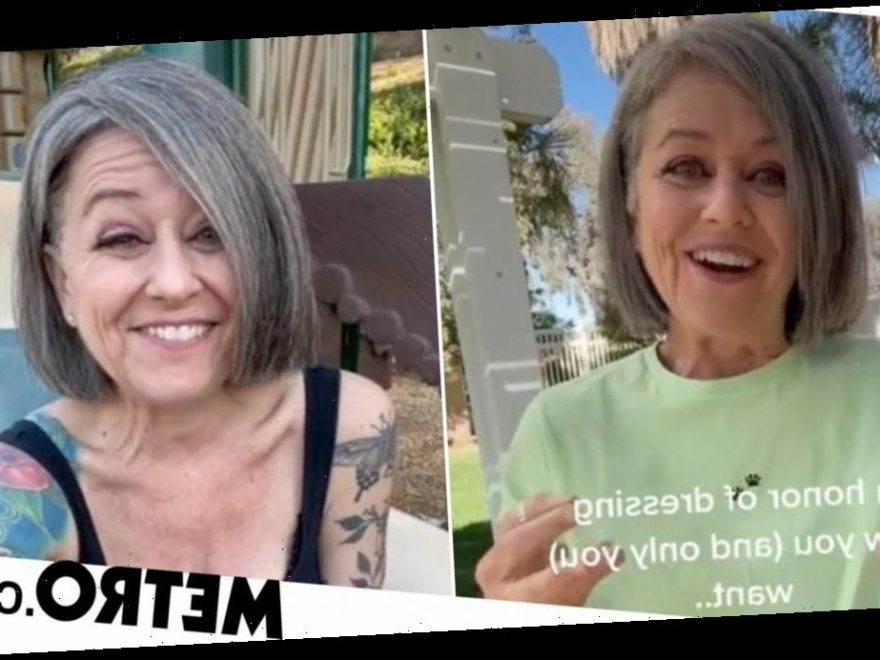 A 56-year-old influencer who has grown quite a following, has hit back against ageist comments from trolls.

Lonni Pike, who goes by @greyhairandtattoos on TikTok, has more than 300,000 followers and has amassed 3.7million likes on the platform.

Though most people enjoy her content, which consists of positive messages, tattoo information, and just general life stuff, some have been hateful.

Recently one person told Lonni she was ‘too old’ and dressed ‘like a teenager’.

Lonni replied to the comment with grace, saying she doesn’t care what people think.

But, she said, this type of trolling may stop others from dressing how they want to and cast ‘seeds of doubt’ about their appearance.

Since responding to the message, Lonni’s video has been viewed more than two million times, with many applauding the influencer.

Lonni told her viewers: ‘Wear what you want. Express yourself — even if people think you look like a teenager. Who cares? I take it as a compliment.’

The message resonated and more than 26,000 people commented in support of Loni.

One person wrote: ‘I’m 50, and have been told I’m too old for graphic tees, and long hair. In my opinion, I’m too old to care what other people think.’

Her iconic style has reached over to Twitter where another user shared an image of Lonni saying: ‘I want to be her when I’m older’.

The viral thread had plenty of love, with other very stylish older people showing off their coloured hair and tattoos.

One 68-year-old woman wrote: ‘Lovely and as we say here in New Orleans: Do what ya wanna! Purple hair, don’t care… I’ll be 69 next month’.

Do you have a story you want to share?