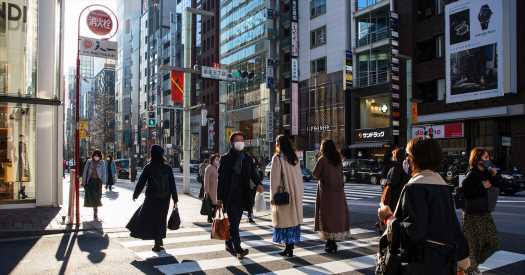 TOKYO — A De Bethune DB27 Titan Hawk V2 wristwatch alongside a plate of fried gyoza. A Kari Voutilainen 28SC flanked by a serving of tonkatsu with accompanying soup, dipping sauce and pickles. And a Richard Mille RM016 accented with oysters in yuzu.

From his daily Instagram posts, you actually learn more about Chrono Peace’s collection of more than 600 watches — and his food preferences — than you do about the collector himself. You never see his face, and his real name is never disclosed.

His 14,600 Instagram followers don’t know it, nor do readers of his regular contributions to the local horology magazine Power Watch. But that is how he likes it, and he is not alone. 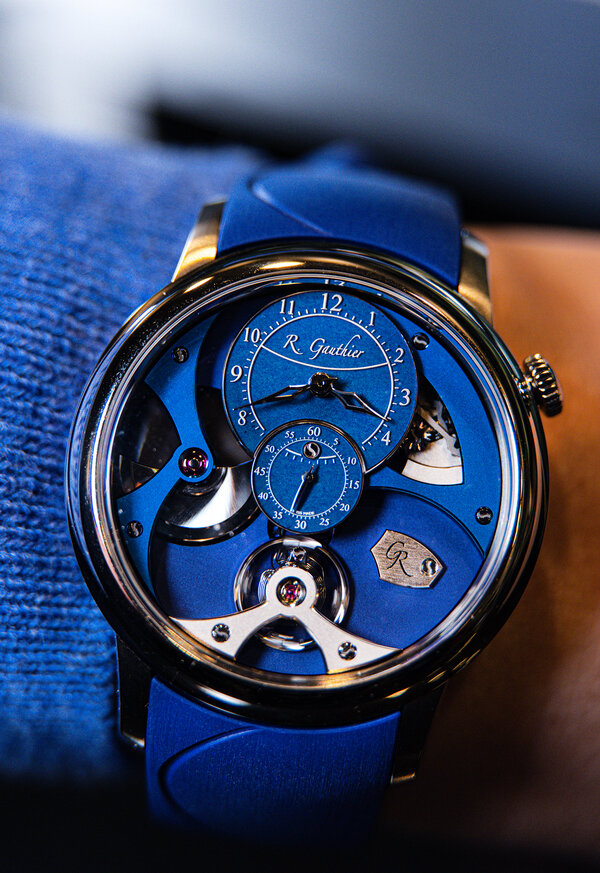 I recently met Chrono Peace and two of his collector friends, jardin.watch and emilia.summer911, at a watch boutique that he manages in the upscale Ginza district of Tokyo.

The three collectors, all men, insisted on being identified only by their social media aliases, primarily, they said, for safety reasons — even though Tokyo is generally considered a safe city. “Walking around wearing hundreds of thousands of dollars’ worth of watches, we can’t take that risk,” said Chrono Peace, who has been using only his alias for three years.

But their anonymity wasn’t only for the interview. “We even call each other by our aliases at in-person gatherings. It’s just common sense,” Chrono Peace said, gesturing toward his friends. “I don’t even know what they do for a living.”

The Tokyo watch collector scene is a particularly exclusive and secret world. “It’s a difficult world to enter; it’s anonymous,” said Pierre-Yves Donzé, a professor of business history at Osaka University’s Graduate School of Economics, who is a specialist in the Swiss watch industry and Japanese history. “This is explained by things specific to Japanese culture, and others that are specific to the watchmaking side.

“In Japan, when it comes to the consumption of luxury goods, Japanese are not flashy. This is the discreet side of the Japanese, and it explains this desire to remain anonymous,” he continued. “It’s the love of the watch that takes over, and the attention is paid to the product itself.”

Chrono Peace voiced similar opinions, although he said he believed that reticence had become part of watch collector culture worldwide. “More and more collectors are getting famous without ever showing their faces,” he said. “It’s the new fashionable way to communicate, and these days credibility can be built up by remaining anonymous.”

(Perhaps the best-known example in Europe would be the collector Auro Montanari. He kept his identity secret for several years — writing several books on watches under the name John Goldberger — until he was unmasked in 2018).

But the discussion with the three men turns, as it usually does with collectors, to watches.

Chrono Peace, a former technology consultant who would say only that he is in his 40s, said he started collecting watches when he was 16 years old. “I took a break, then I started again 4 or 5 years ago,” he said.

He then began building his popularity among watch lovers on Instagram, often featuring independent brands. “I like independent watch brands, as they’re all about the experience of wearing a watch,” he said. Three Swiss brands — Romain Gauthier, Armin Strom and Chronoswiss — showed their appreciation by creating limited-edition pieces for him.

“Chrono Peace is one of Japan’s most influential watch enthusiasts and collectors,” Serge Michel, founder of Armin Strom, said in an email. “I’m impressed by his big passion for mechanical watches and his fascination for our unwavering commitment to horological innovation.”

Of the three personalized models, Chrono Peace said his favorite was the Romain Gauthier Chrono Peace Edition Insight Micro-Rotor, made exclusively for him in a three-piece edition complete with navy rubber straps and C.P. engraved on the movement. “I even decided the color: blue-plated with three different shades of blue to show the depth,” he said. (Blue is his favorite color.)

The other two pieces, made as limited editions, were sold to Japanese watch enthusiasts.

Why is his fellow collector called Jardin, the French word for garden? It’s just a sound that the owner of an online advertising agency liked. “I learned basic French when I was 18 years old,” he said. “Since then, I’ve used this term as a game user or social media nickname.”

Jardin, 35, started collecting 15 years ago and now has around 30 timepieces. “I’ve always loved mechanical things since I was little, things that aren’t battery-powered,” he said.

But Jardin doesn’t wear watches every day, or rather, every season. “Sweat is damaging, and vintage watches are not waterproof,” he said. He displayed the Bordeaux-colored strap on his rose gold Vacheron Constantin Ref. 4178, dating from the 1940s. “It’s a Jean Rousseau leather strap. They can put rubber on the back, so you can wear it in summer,” he said — although he doesn’t do that. “Japanese summers get insanely humid.”

Jardin’s favorite piece is a Patek Philippe Ref. 2526 Tropical. “It’s the most famous Calatrava, vintage from the 1950s,” he said. “It’s discontinued now.” He said it was the most handcrafted watch that he had encountered, for the finishes and all the details. “It’s the ultimate three-hand watch,” he said, adding that he bought it in a vintage watch store in Ginza, and the leather strap is a caramel-hued Camille Fournet.

Emilia’s wife chose his name, which matches that of a Final Fantasy game character. He is 33, works in international trade, including automobile import and export, and began collecting watches only three years ago.

“My friend said, ‘If you love cars, maybe you would be interested in collecting watches.’ I love cars, and now I love watches, particularly those inspired by cars, like Richard Mille,” he said. “Watches are like a car engine in a way.” His current collection stands at 20 watches.

Aside from his favorite Richard Mille models — an RM 65-01 in black carbon and a style made in white ceramic for the 2018 Le Mans Classic car race — Emilia treasures his Patek Philippe Minute Repeater pocket watch, which he said was about 130 years old. “It’s a pocket watch Patek Philippe made for Tiffany’s,” he said. “ found it in a vintage store in Ginza.”

With all its watch flagship stores and treasure-filled secondhand shops, Ginza is a playground for Tokyo watch collectors. Walking along Namiki-dori, known to locals as “watch street,” is like an introductory course to Swiss watch brands, punctuated with Chanel and Louis Vuitton boutiques.

The store where we all met was the result of Chrono Peace’s frustration with watch sales. It is called Chrono Theory (of course), and it opened in February.

“Independent brands are overpriced in Japan, sometimes by up to 150 percent compared to Swiss retail prices, and the shopping experience isn’t efficient,” he said. “I wanted to shrink the gap, so I started Chrono Theory to rescue independent brands that are suffering from the old-fashioned Japanese distribution layers.” He doesn’t own the business but does act as a general manager and creative director.

The boutique, which also has a bar, carries nine independent watch brands (including Konstantin Chaykin, Armin Strom and Christophe Claret) in its spaceship-inspired setting. “All the brands I carry are brands I’ve had experience with and can recommend,” Chrono Peace said.

Right now the store opens only by reservation, although Chrono Peace said he was thinking about opening it to the public in May — although, he said, when tourists are allowed to enter the country again he would revert to reservations.

Since it opened, Chrono Theory has become a meeting spot for local watch devotees and it occasionally has been the venue for themed events focusing on a particular brand, with food catered by neighboring restaurants.

“None of us actually work in the watch industry,” Chrono Peace said. “We never talk about our private life. Everything just revolves around watches.”