The North Carolina native, who goes by the name of Mistress Marley, became a sex worker after she found it hard to make a living in New York. 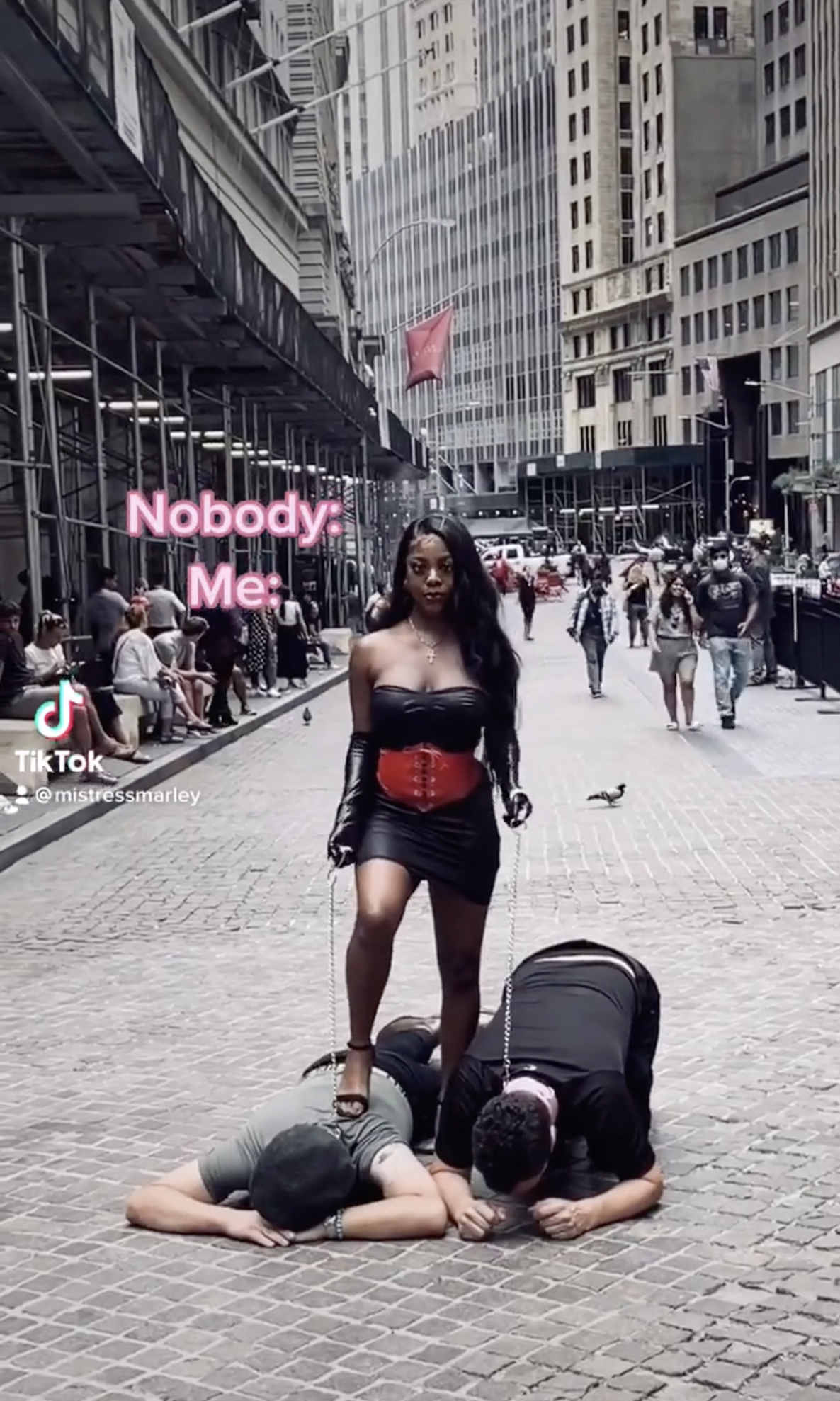 After losing her job in retail, according to her essay in Newsweek, Mistress Marley "went online and typed in: 'How to make money online as a woman, being sexy.'

"I knew about webcam sex work, but then I saw the term 'financial domination.'

"I researched and saw that financial domination – or findom as it's known – is a psychological kink where submissive men give their money to dominant women, but get nothing in return. They are basically paying women to exist."

"That's what I did. I posted my receipt on Twitter and said that someone needed to reimburse me. And I received $50."

Mistress Marley's popularity has increased so much over the last few years that men now need to pay anything between $5 and $500 to simply have a conversation with her.

"I also do wallet-draining sessions, which is when you're on a video call or talking on the phone and you're draining a sub's digital wallet as you're talking to them," she revealed.

"It could be a 30-minute session where they start by sending $10 and then two minutes later they send $20, and so on. You're literally draining their wallet."

She even detailed that she will meet with men in public, where she will go up to them, demand their money, and then walk away once the transaction is done. It's that easy.

She told the outlet: "It's humiliation. The men get sexual satisfaction from the loss of control.

"They know they're giving their money to someone they're not going to meet and who doesn't truly care about them. Something about that makes them sexually aroused."

She then clarified: "But this all happens between two consenting adults and usually, a responsible domme will make sure that they are checking in with their subs to ensure they can still afford it.

"You're never forcing anyone to send you money. At the end of the day, the subs have to log into whatever app they are using and send you the money themselves."

Mistress Marley has been able to make over $100K in the last few years "and had everything from people putting me onto their life insurance policies, to people paying my rent."

She now has a three-bedroom apartment in New York City, that was paid for and furnished by her submissives. They also pay her bills.

Additionally, with the money these men have sent her, she's been able to pay off a $5K trip to Tulum, her student loans, and help out her parents financially.

"In findom, I have 10 regular subs who send me money every morning, or we are on a weekly schedule, and in my pro domination work, I have five dedicated subs, or slaves, who I work with," she revealed.

As she found herself the center of attention for being a powerful, black woman who had mainly white men as submissives, she discovered another calling: teaching other black women to be empowered.

"I knew I had to teach so I created my Sexcademy in early 2020, and now I also earn money from teaching domination.

"I didn't want other Black women to experience what I had been through.

"We now have 90 members across the U.S. and internationally and are hoping to bring in 60 new members this fall.

"It's the most cherished space I have ever created in my life. Along with two other members, I'm also planning to open a dungeon in New York." 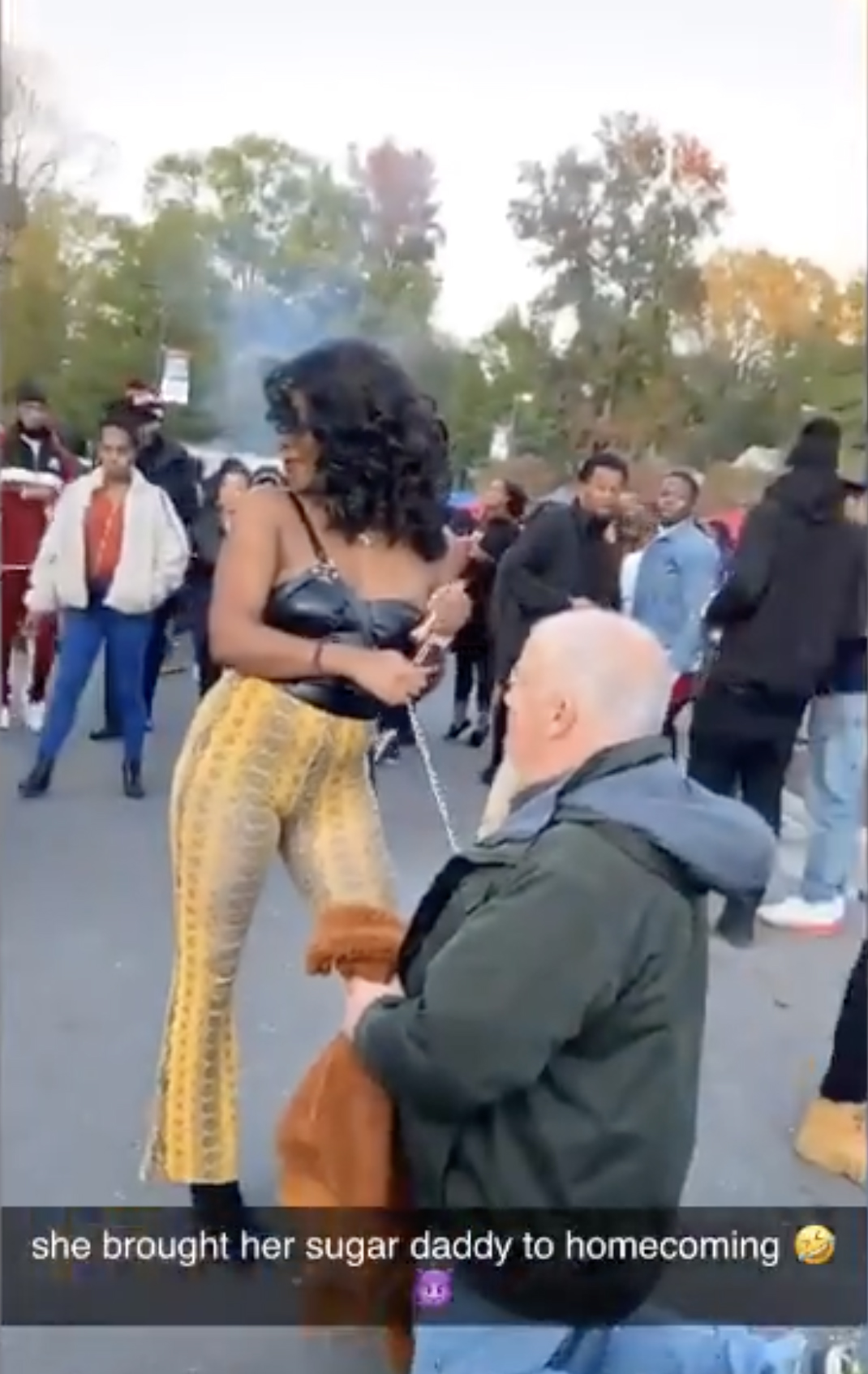 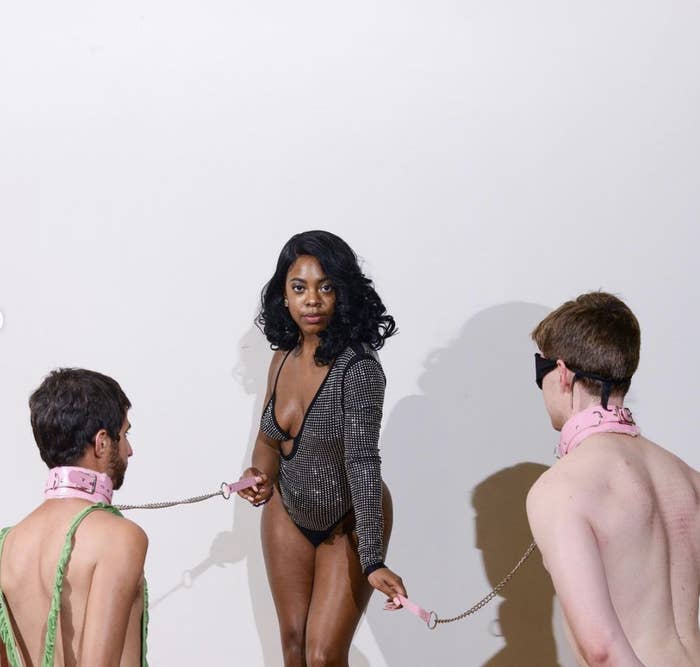