A YOUNG couple who sold their dream home for £150,000 and gave up their high-flying careers are now making a living travelling in a campervan with their dogs.

Victoria Macdonald, 28, and Scott Ross, 32, lived in a swanky three-bed pad which even had a ballroom – but found the pressure of their careers was bringing them down. 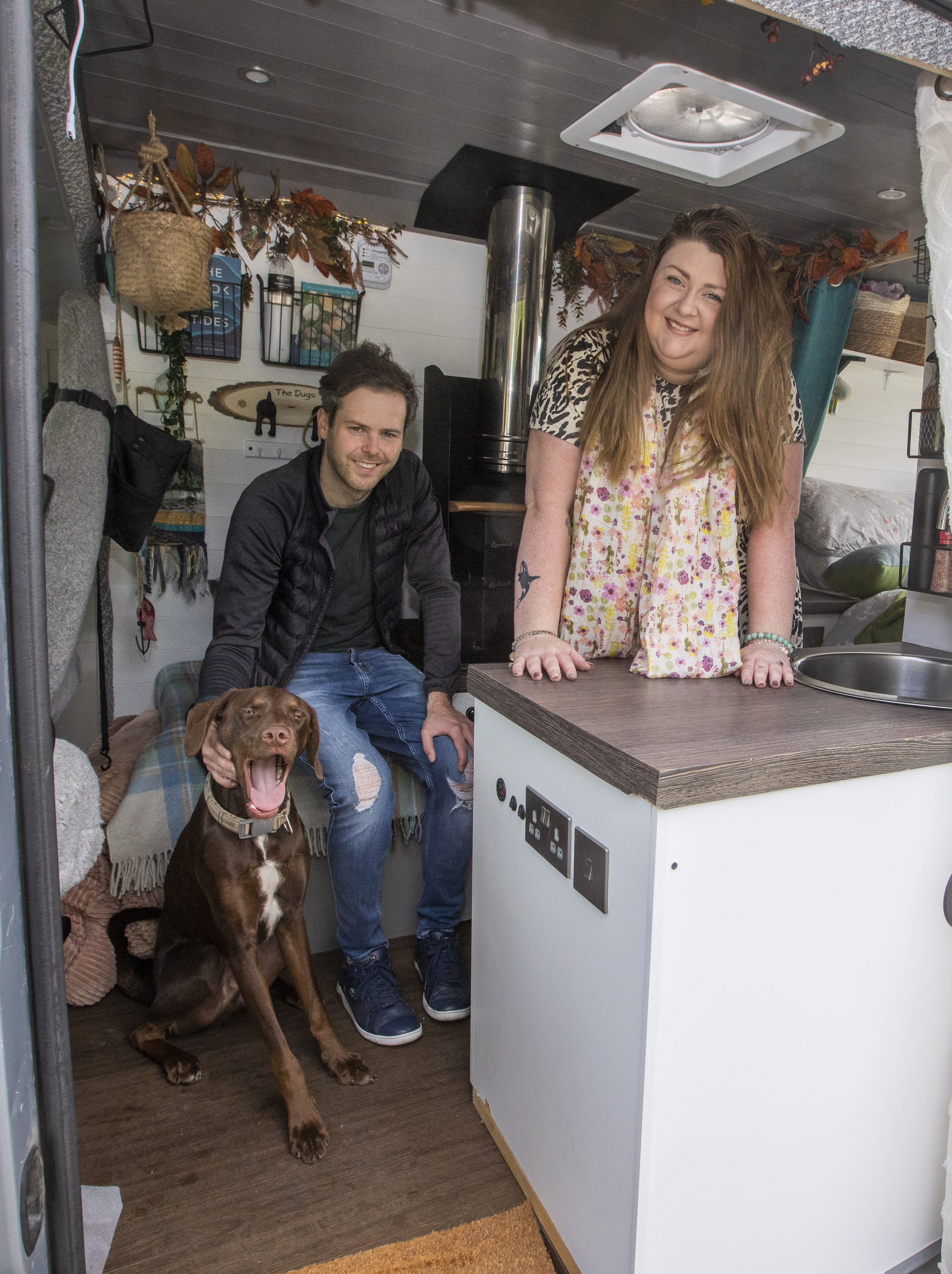 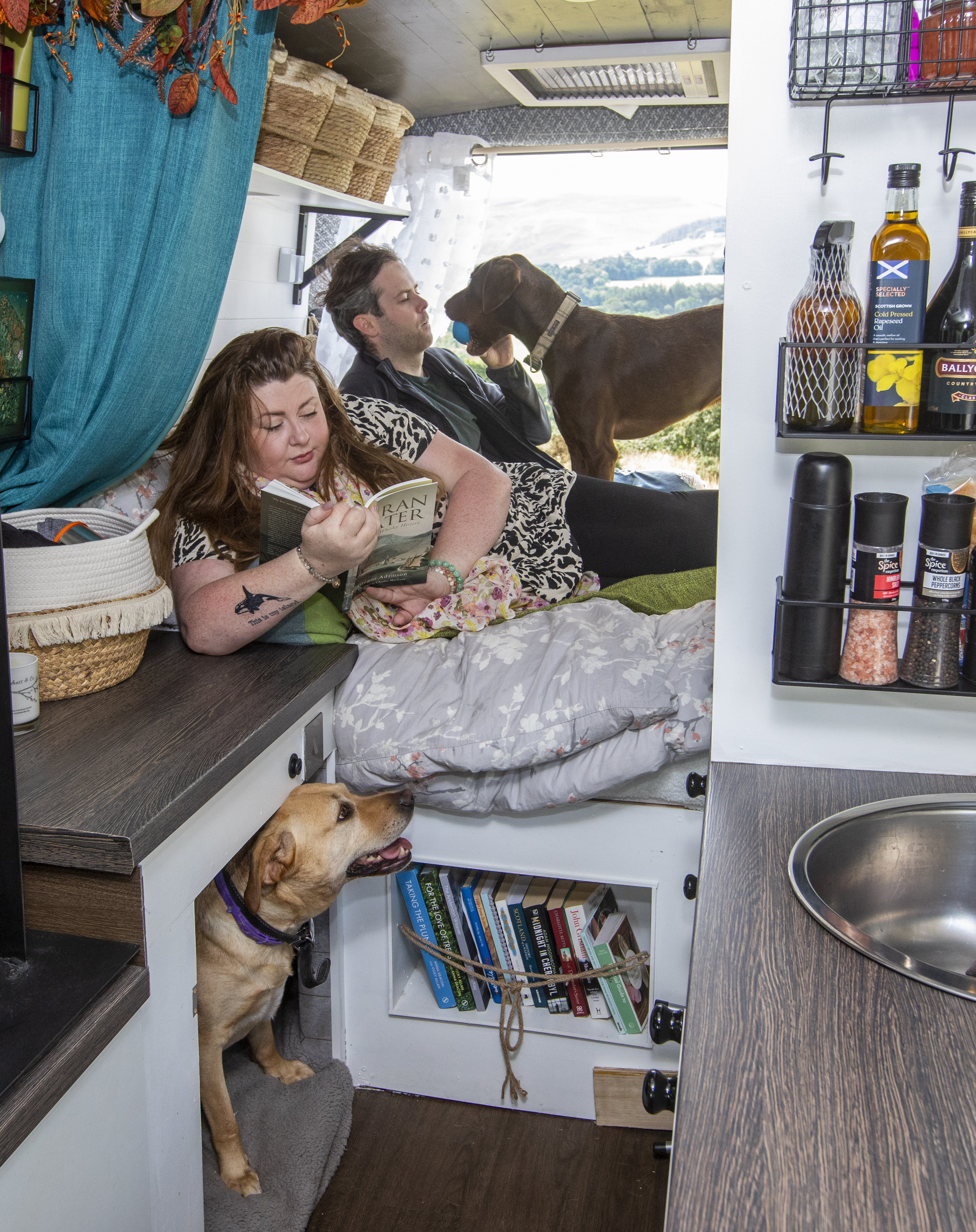 The detached home, in Cruden Bay, Aberdeenshire, had belonged to the Coleman's mustard dynasty, and they bought it for £100,000 in June 2016.

But knowing they didn't plan to have kids in the massive 12-room villa, and feeling increasingly dissatisfied professionally, they started thinking about shaking up their life almost five years ago.

Victoria, who worked as a purchasing administrator in the oil and gas industry, was suffering from depression, and Scott was working in grounds operation at a heliport company before injuring his back in the workplace in June 2016.

The pair were needing a shake-up, so, in March this year, they put their house on the market – and it sold within three days, for £146,000.

"It was a cracker of a house, it was historic. It had 12 rooms in total, including a double-roomed basement, and an old ballroom," Victoria explained.

"It was too big for us though. It was a dream house when we bought it, but we never settled.

"We didn't know where we wanted to move to. We came up with the idea of moving into a van and taking our work on the road. So that's exactly what we did."

The couple decided to buy a Citroen Relay 2016 campervan for £13,000 but it needed work – so they moved into a croft in Muir of Ord, Highlands, for two months.

They installed a proper kitchen and a solar-powered shower into the van – a process which Victoria admitted she found "horrible".

Now they run an online marketing travel company and work remotely from some of the most scenic views in Scotland.

They got a puppy, Colle, who is a border collie/Labrador cross, aged eight months, and their seven-year-old Lab, Callie, also sleeps in the bed with them.

Victoria has now come off anti-depressants after four years, finding the great outdoors makes her high on life, and Scott's back has improved with more exercise.

Victoria and Scott have been together for seven years and nearly five years ago, the couple were both signed off from work and decided to start a blog about their enthusiasm for travel.

Their hobby turned into a full-time occupation, and they now work with VisitScotland to promote tourism – and have never been happier.

"I was ill with depression, so I left my work, and around that same time, Scott injured his back so required to take leave," Victoria said.

"During our time away from work, we came up with the idea for the website and the blog, and just went for it.

"Our friends were not surprised and our family was the same, no one was massively surprised. We haven't done the nine to five life for years now."

The couple have found sacking off materialism has given them a new lease of life, and describe their nomadic lifestyle as "freeing".

In total, they spent £23,000 on their mobile home which they fitted out with specifications such as a Swedish oven.

"It needed a lot of work done, so we moved into a croft in the Highlands while we worked on it. We spent £10,000 on the conversion.

"It was horrible. I've made no secret of the fact I did not enjoy the conversion process.

"It took a couple of weeks planning, but no matter how much you plan for it, you don't find out how much is needed to be done until you're right in the thick of it. "

The van has 320-watt solar panels on the roof,hob and an Omnia, which is a Swedish oven.

It also has a fridge and the dup built a space for food storage. They also have a solar shower, which can be hung up outside and heats water up through solar energy.

Victoria said: "One of the best things about it is it's so freeing. It's amazing how much stuff you do not need.

"There's something about being so ingrained into nature. I wake up every day to an unbelievable view out my window.

"I was on antidepressants for four years and now I've been off them since we started our new life. Scott's back is getting stronger, due to the amount of exercise he is getting every day.

"The two dogs are loving it as well, although they are constantly knackered since they are outside all the time.

"We have not missed or regretted selling the house since we got on the road." 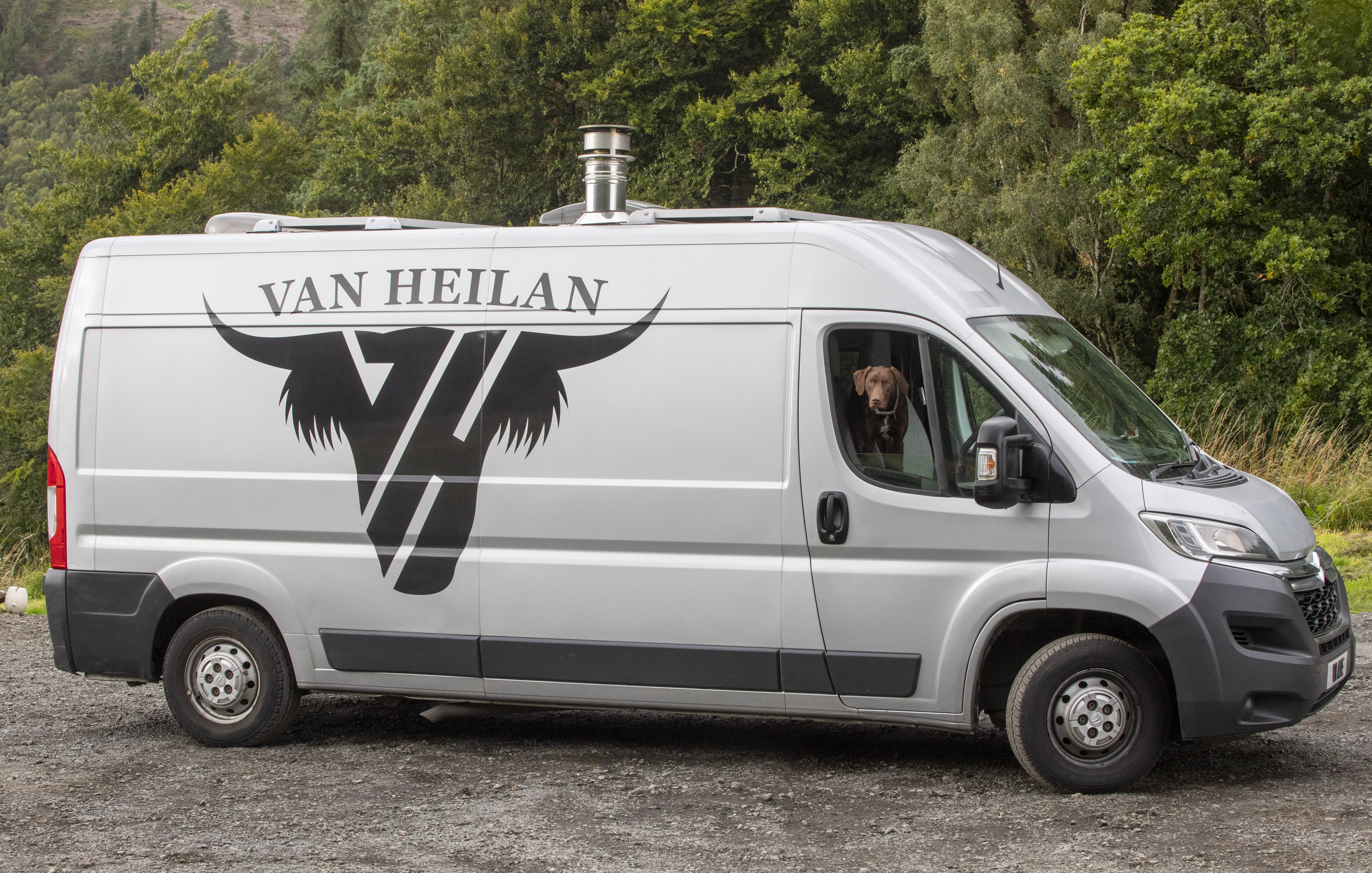 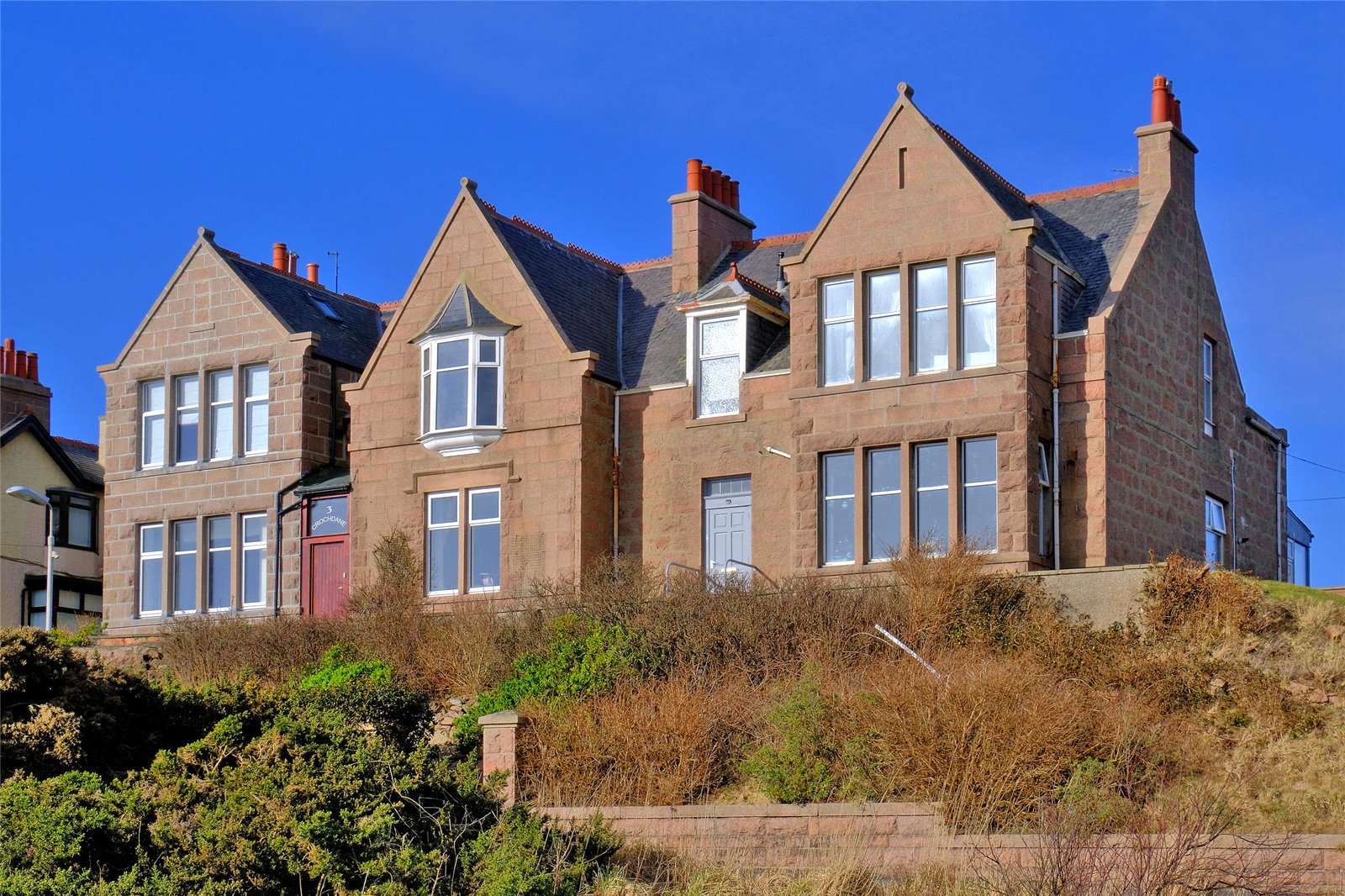 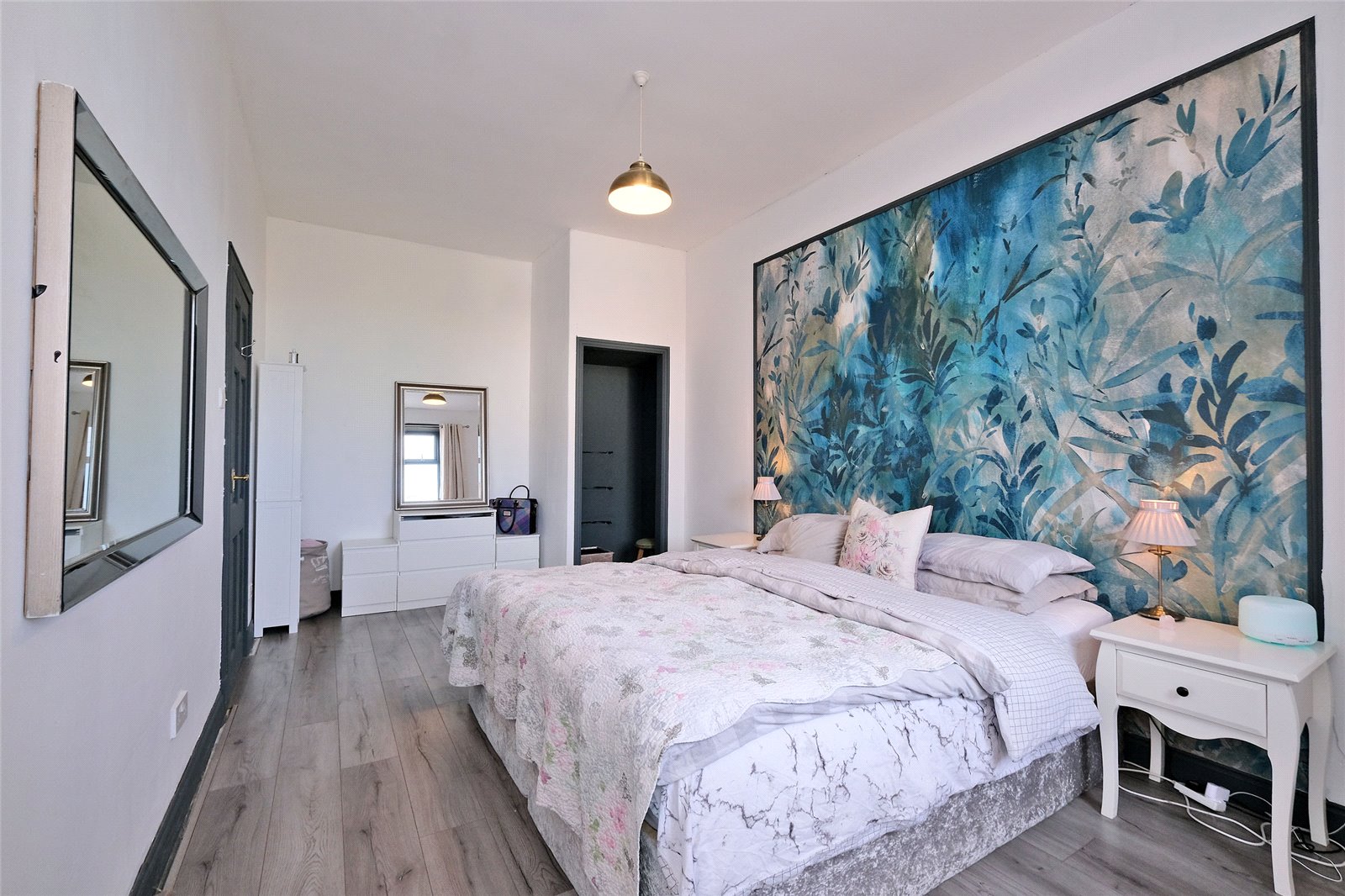 Meanwhile this is Stacey Solomon, Olivia Bowen and Mrs Hinch’s £10 secret to revamping ANY furniture.

And our greedy builder tried to charge us £3.3k for work in our dining room – we did it ourselves for a fraction of the cost.