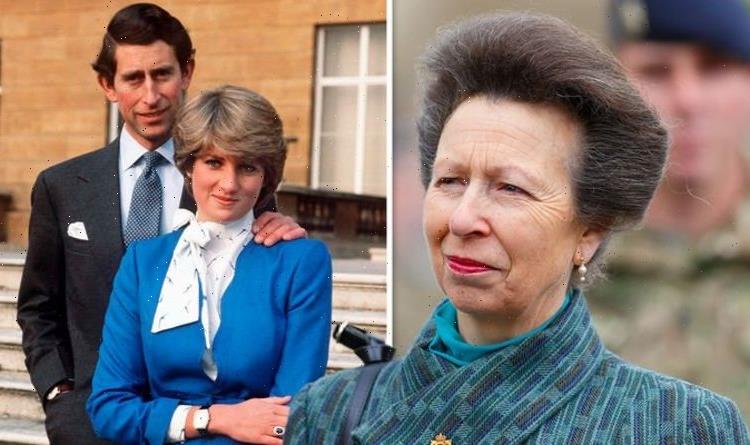 Princess Anne 'set a new trend' with her 'micro wedding'

The Queen’s daughter Princess Anne has been married twice. Her first marriage in 1973 was to Captain Mark Phillips, with whom she had two children, Peter Phillips and Zara Tindall. Following the couple’s divorce, Princess Anne married Sir Timothy Laurence in 1992. On both occasions, when Anne got engaged, she received very similar engagement rings that have a strong link to the famous engagement ring once worn by Princess Diana.

Princess Anne’s engagement rings both featured a sapphire with diamonds on either side.

“Blue sapphires are often linked to people who are respectful, loyal, hardworking, and honest, which only makes these rings even more special, and suggests that this could have meant something to Princess Anne.”

Princess Anne is one of a few royals known to favour sapphire jewellery, with the Queen, Duchess of Cambridge and late Princess of Wales all sporting the stone in recent decades.

Sapphires are considered one of the most precious stones in the world, and they are thought to hold special symbolism.

Mr Stone added: “It’s clear the Royal Family are huge fans of sapphires, a stone which is traditionally believed to attract abundance and blessings.

“Historically it has been used to protect against negative energies, as well as calm the mind, strengthen intuition, and invite spiritual clarity, so it’s no wonder the royal ladies love them.”

How does Princess Anne’s engagement ring link to Princess Diana’s?

Lady Diana Spencer famously debuted a 12-carat sapphire engagement ring when her engagement to Prince Charles was announced in 1981.

The ring was from Garrard, the then-jeweller to the Crown, and the sapphire was surrounded by a halo of diamonds.

The ring now belongs to Kate, Duchess of Cambridge, after Prince William proposed to her in 2010.

Which royal engagement rings are the most unusual?

The Queen, Sophie, Countess of Wessex, Princess Beatrice and Meghan Markle were all given diamond engagement rings by their respective husbands.

Although sapphire is an unusual choice for a royal engagement ring, Princess Anne and Princess Diana aren’t the only royals to have opted for a coloured gemstone.

Princess Margaret, the Queen’s sister, was given a ruby engagement ring by Antony Armstrong-Jones, whom she married in 1960.

The ring was designed to emulate a rosebud, a tribute to Margaret’s middle name of Rose.

Sarah Ferguson was given a ruby ring by Prince Andrew in the 1980s.

Just $8! This Might Be the Cutest Smocked Summer Top We’ve Ever Seen