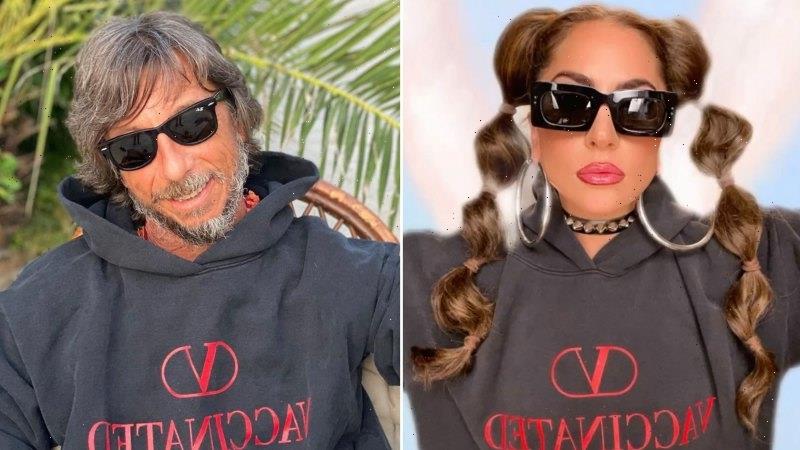 I am all for wearing your heart on your sleeve and your designer label on your chest but the move towards making vaccination status a viral fashion trend leaves me with unsettling symptoms.

Like many current fashion fads, this reached its peak with Italian luxury label Valentino, where designer Pier Paolo Piccioli released a range of hoodies with the distinctive house logo replaced with “Vaccinated”. 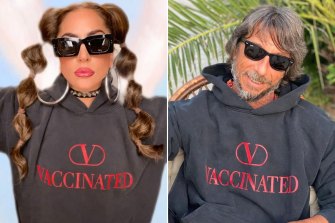 Australian brands are also on board with totes proclaiming “The Fully Vaxxed Club” from Tote Modern in Melbourne and earrings from Sydney-based First Nations jeweller Haus of Dizzy with the “Vaxxed” message proudly dangling.

Political slogans have their appeal. I wore a singlet with the “Vote Yes” message throughout the marriage equality campaign while walking from Sydney to Brisbane (I stopped short of wearing rainbow flags – too many colours). You won’t, however, see me wearing my double-jab vaccination status in public.

Some worthy charities are benefitting from some labels, with Valentino donating 100 per cent of proceeds to UNICEF, while $1 from every $30 “The Fully Vaxxed Club” tote supports rubbish clean ups. The benefit to the person wearing these items is less clear. 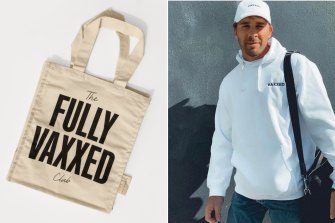 Slogans in fashion tend to be about raising awareness and fighting injustice. Think of Katharine Hamnett’s “58% Don’t Want Pershing” T-shirt (The slogan opposed the basing of US Pershing missiles in the UK) in the ’80s, followed by “Choose Life” and more recently “Black Lives Matter” fashion items.

But your “Vaxxed” slogan is as redundant as “Kevin 07” because the left arms of most Australians are familiar with the benefits of vaccination. More than 50 per cent of the population over the age of 16 are already double-jabbed and vaccination rates have replaced case numbers and Morning Wars cliff-hangers as Zoom conversation topics.

Back in July, when Melbourne couple Eloise Jacobs and Estefania Gomez De Orozco, who worked in the challenged hospitality industry, created “Vaxxed” t-shirts and caps for their friends and family, it was a way of making an income, while celebrating a path back to employment and raising money for mental health research.

After appearing on A Current Affair and being featured inVogue the label took off, being worn by celebrities and influencers, but now the political message and feeling of hope is dissipating. “It does seem different now,” Jacobs said. “A lot of people seem to be jumping on the bandwagon.” 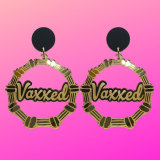 Now there’s something vainglorious about these items, which fortunately stop short of proclaiming Pfizer, AstraZeneca and Moderna. Rather than asking people to act and “Get Vaccinated”, similar to “Wear Condoms” or “Stop Nukes,” they make the smugness of having gotten in early, to perform a sensible public service, a style choice.

Equally unsettling is that like Make America Great Again and a Southern Cross tattoo, the “Vaxxed” logo can be ambiguous. In the US MAGA became shorthand for white privilege, so are shoppers tapping into vaccination privilege that absolves members of the style tribe from physical distancing, wearing masks in public and internally singing Happy Birthday as they wash their hands after trips to the toilet?

Taking pride in being vaccinated and sharing it on social media is one thing, but buying a $1190 Valentino hoodie to wear to your next picnic is an expensive way of preaching to the converted and sipping warm rosé without a mask in sight.

Despite the varying charitable elements, at this stage of a very long game, there’s an element of cashing in on an event that has taken and dramatically changed lives. An event that will hopefully pass, making these items more fashion landfill. The last time masks were fashionable was with the Spanish flu outbreak in 1919, and I’m yet to see any influencers rocking the vintage versions.