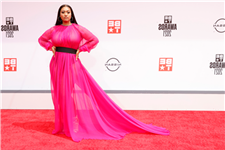 Every June we anticipate the BET Awards as well as the tradition of Black Twitter tweeting as a family and keeping us more entertained than probably the show itself. But, what’s more important than who’s attending is what our favorite celebrities are wearing. One in particular looked nothing less of stunning with the impeccable vocals to match — Jazmine Sullivan.

The R&B songstress aimed for a vibrant yet sleek look as she graced the red carpet wearing a pleated fuchsia Gucci dress paired with Alexandre Vauthier heeled sandals. She also featured Lagos and vintage jewelry to enhance her whimsical look. 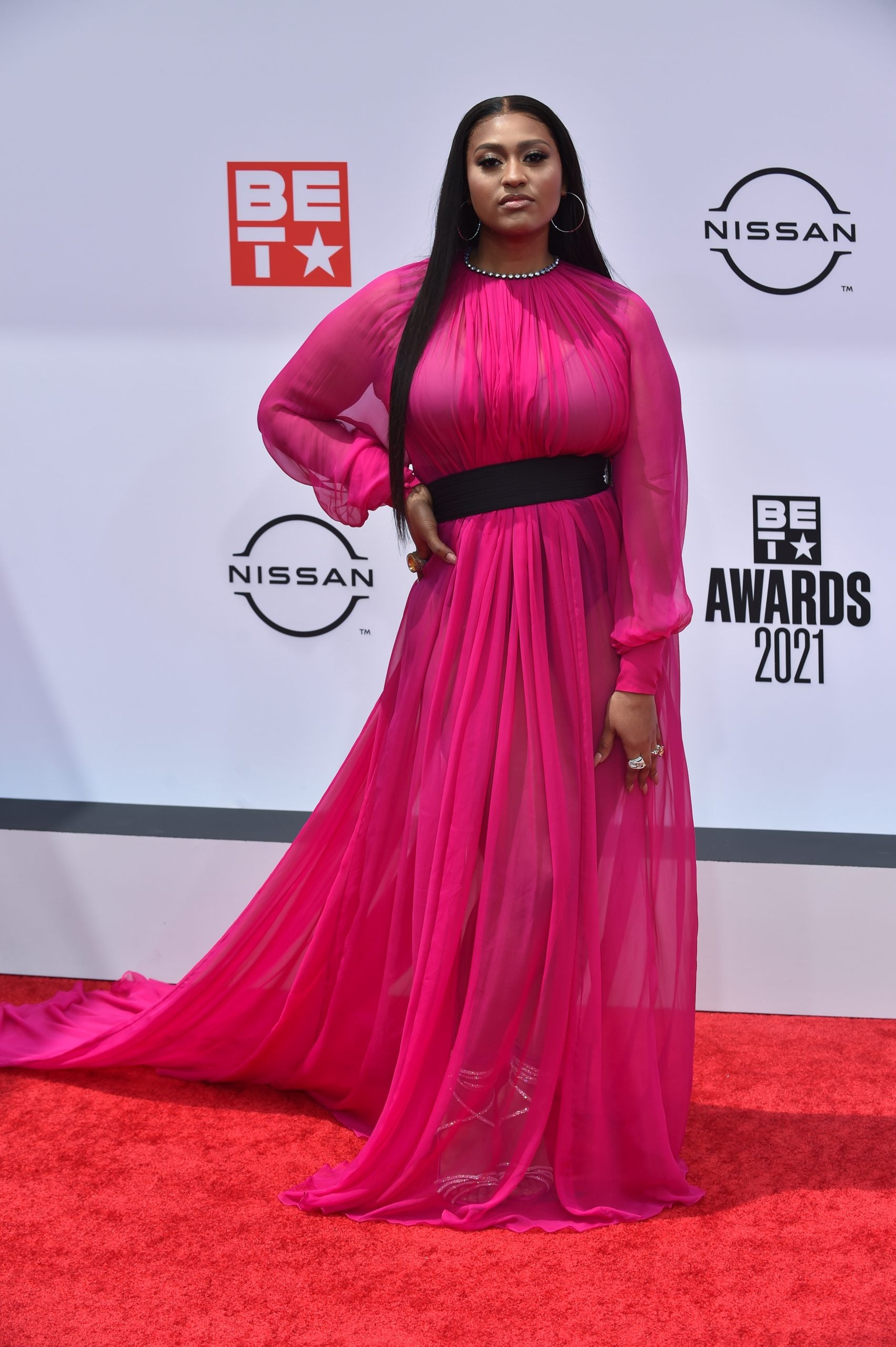 “I wanted her to look stunning and sleek at the same time,” says stylist Joiee Thorpe. “I was inspired by a bold color because I feel like she always has on black on the carpet. When she tried on this dress it was it!  I worked closely with the glam team to achieve a very chic and effortless look.”

However, Sullivan’s slayage didn’t end at the carpet but continued to her buzzed-about on-stage performance. The ‘Album Of The Year’ winner for her project Heaux Tales dazzled the audience and viewers alike with a puffer sleeved jumpsuit custom made by Bao Tranchi as she sang two tracks — “Tragic” and “On It” — alongside Ari Lennox, who also wore Bao Tranchi.

“We knew we wanted a jumpsuit and I wanted a specific fit to snatch Jazmine all the way round,” Thorpe explains. “When we chose designer Bao Tranchi, who has designed key looks for J. Lo, Britney Spears to name a few, I was so excited. Bao turned one of her classic dress styles into a catsuit and took the dramatic sleeve to another level. Jazmine’s music is so beautiful and I wanted the jumpsuit to mirror that.” 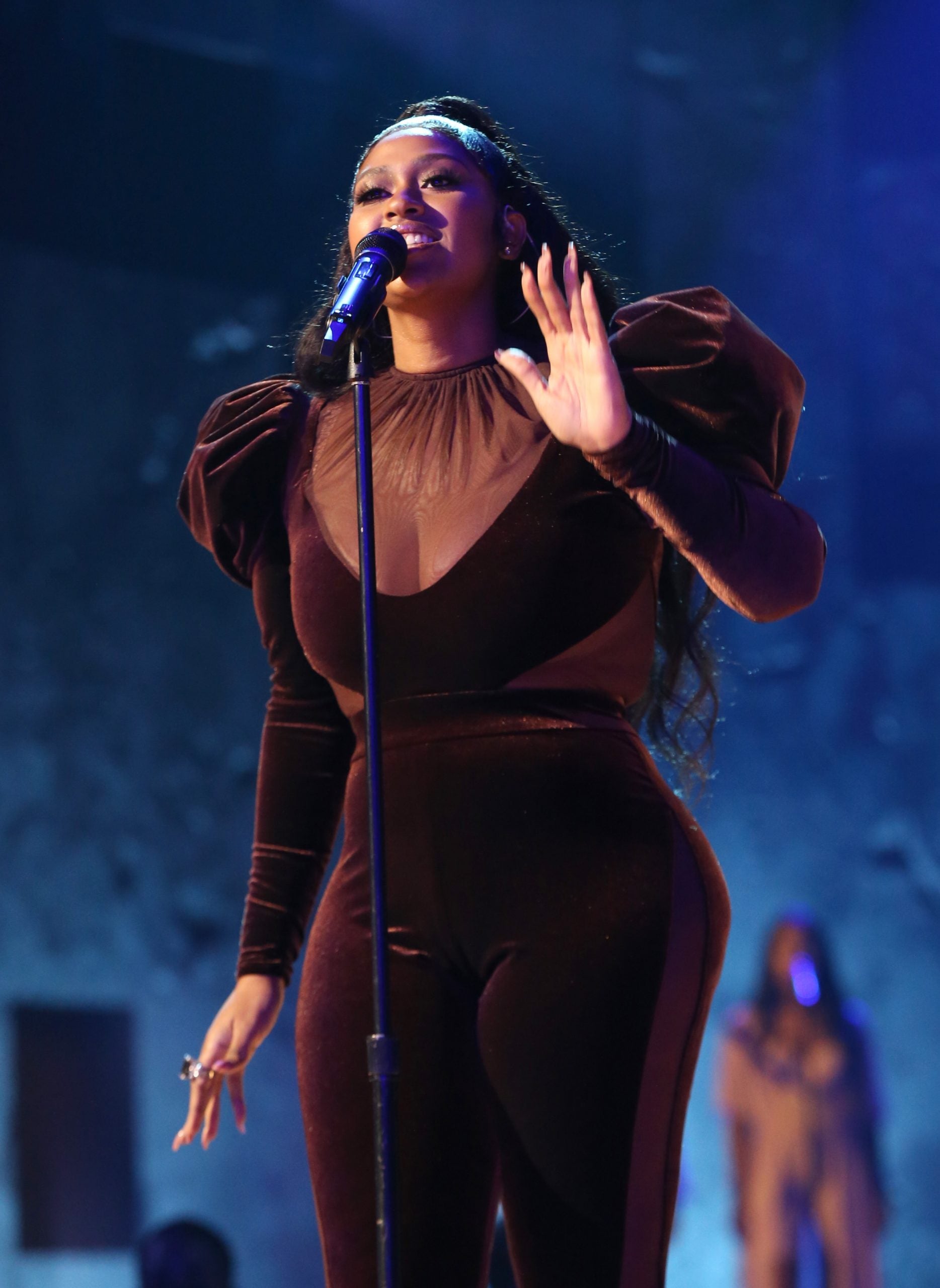 Sullivan has been nothing short of booked and busy lately from giving an astounding performance for the 2021 Super Bowl Halftime Show at the top of the year to the annual 2021 ESSENCE Festival Of Culture. She’s transcended the cover of ESSENCE for our July/August 2021 issue penned by Insecure HBO creator Issa Rae, and along with being an Album Of The Year winner, she’s secured her first #1 record with “Pick Up Your Feelings” on R&B Radio. For more Jazmine Sullivan you can catch her performing for the Day N Vegas festival on November 13.