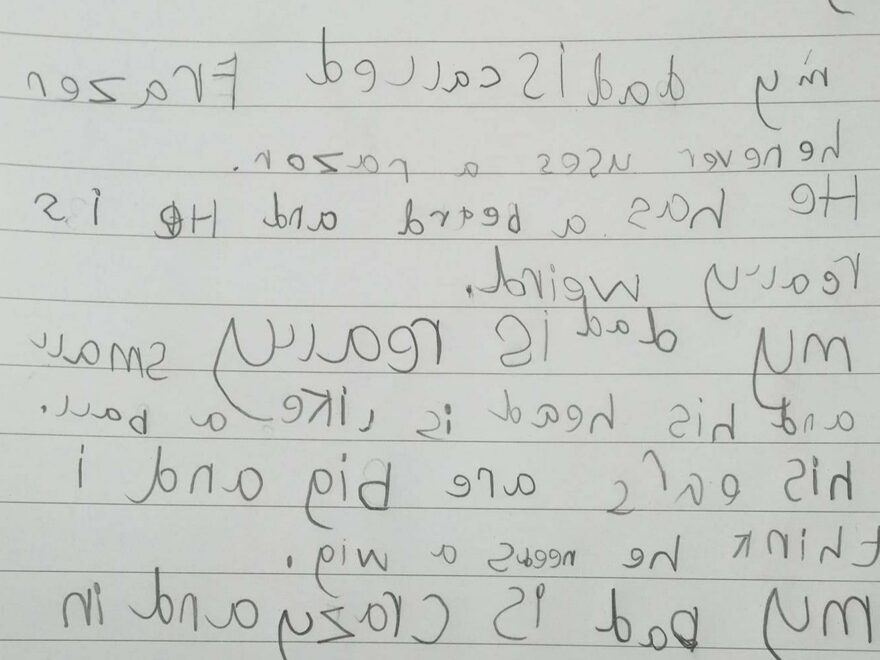 AN AMUSED mum has shared the hilarious yet brutal poem her five-year-old wrote about her husband.

The little girl penned a rather unflattering description of her dad, calling him “weird”, “smelly”, “lazy”, with a “big belly”. 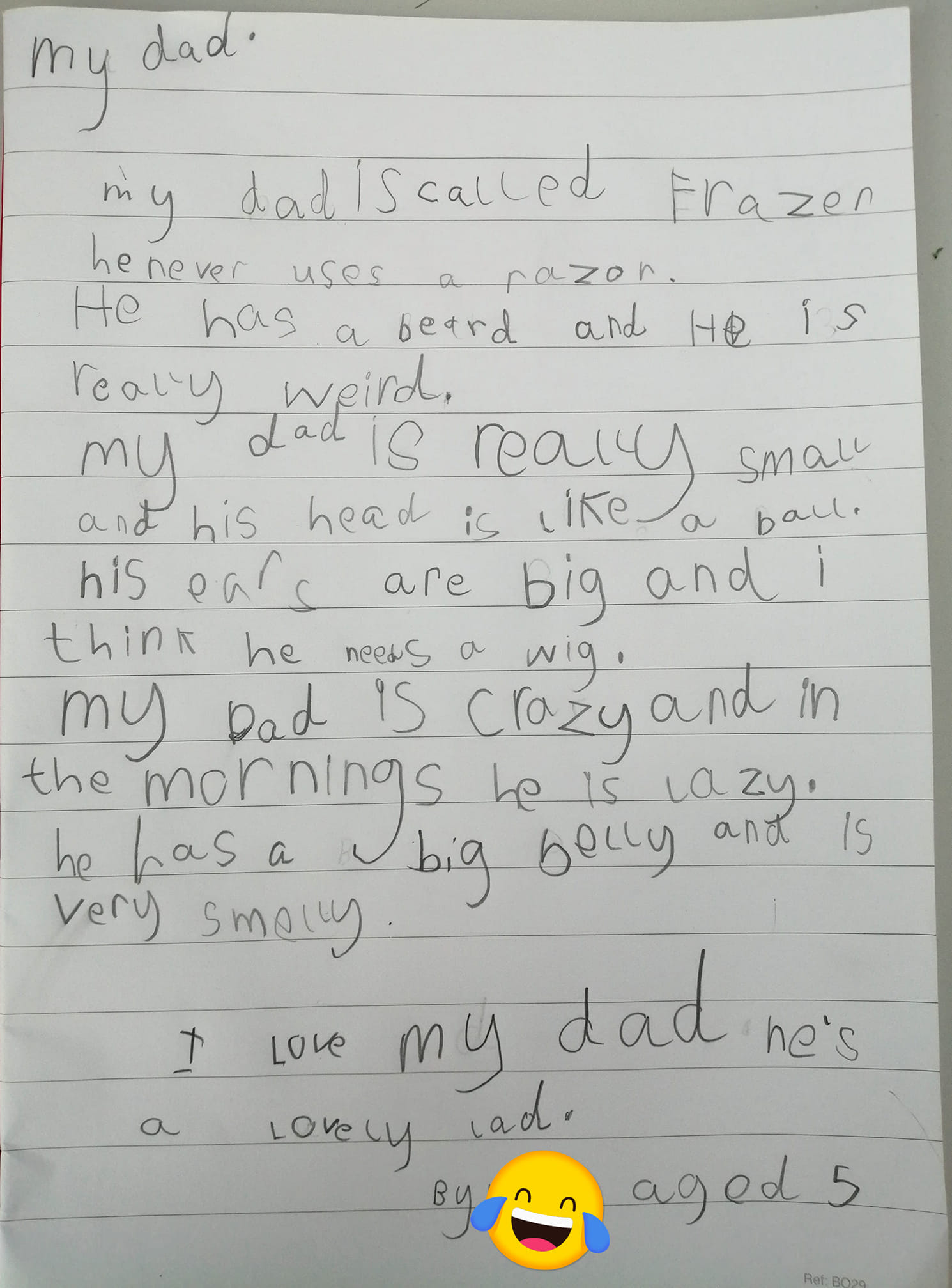 The mum found the note highly entertaining and shared it online, where other parents were amused.

The rhyming poem started off by saying “my dad is called Frazer and he never uses a razor.”

The girl continued: “He has a beard and he is really weird.

“My dad is really small and his head is like a ball.

“His ears are big and I think he needs a wig.

“My dad is crazy and in the mornings he is lazy.

“He has a big belly and is very smelly.”

Despite the less than complimentary description, the five-year-old ended the tribute by saying: “I love my dad he’s a lovely lad.”

The mum posted the poem adding that it was “too good to not share.”

The post, shared on the Facebook group Family Lowdown Tips & Ideas, has racked up over 6,700 likes, and many parents found it hysterical.

One said: “This is amazing!!! Better than some adults could manage I’m sure! Well done xx.”

Another added: “Thats insanely good for a 5 year old, wow. So funny too.”

A third joked: “I’m desperate to see what dad looks like.”

Previously, a mum redecorating her home finds funny ‘tip’ left by previous owner underneath the wallpaper.

And hilarious notes from parents to their kids have been revealed on the internet.