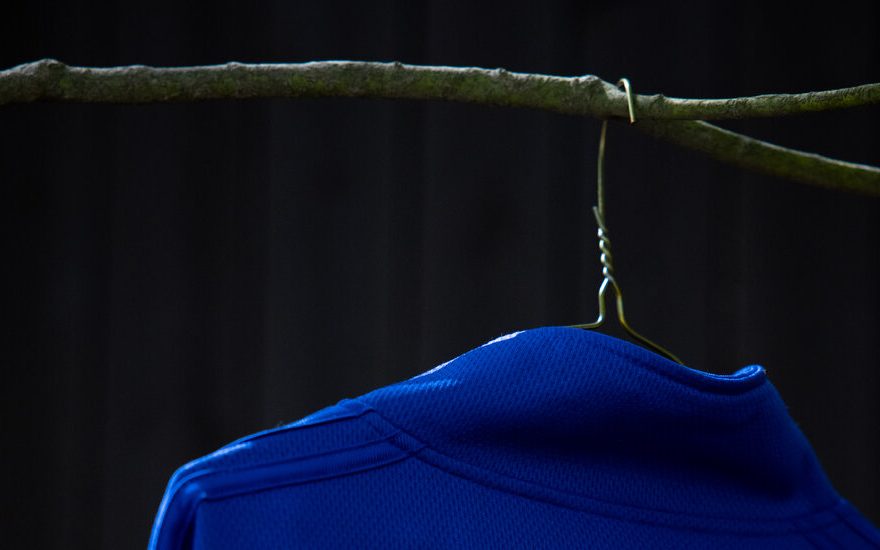 For Joe, it’s the Air Jordan hoodie that belonged to his son, Jeremy, cut down by a lethal heroin overdose. For the writer and stylist Simon Doonan, it’s a pair of Lycra Stephen Sprouse leggings, worn through sweaty aerobics classes to cope as one friend after another died of AIDS. For Michael, it’s the patchwork quilt sewed by his mom, Debbie, while she was in prison.

We tend to think of clothing as fashion or utility, something to show off or stay warm in. But it’s so much more than that, as we’re reminded in “Worn Stories,” the new Netflix series, which debuted last week, about the clothes we wear and the stories they tell. Based on the books “Worn Stories” and “Worn in New York,” both by Emily Spivack, the series presents a collection of sartorial autobiographies, personal stories of chance, identity, survival, community and life, all related to the fabric we put on our bodies every day.

“Clothing carries so much memory,” said Spivack, who is an executive producer of the series, in a phone interview last month. “It’s so tactile, and it really absorbs experiences. It plays a significant role in reminding us of the people who we care about.”

I can relate. I have my own worn stories, and they revolve around love, loss, grief and memory. The clothes that remain keep me close to someone no longer here, someone I loved deeply.

I used to be something of a casual clotheshorse, an obsessive buyer of T-shirts, baseball caps, socks and Adidas sneakers. Kate, a warm, earthy brunette and the love of my life, was well aware of my appetites. She made fun of me about the piles of sneaker boxes, but she also loved to buy me little gifts. She knew that any vacation we took would at some point include a visit to whatever store might feed my yen. And when she went out of town on her own, she always came back with something special.

She returned from one solo trip to San Francisco with a crown jewel: a blue-and-gold Adidas Golden State Warriors jacket. We found immense pleasure in watching the Warriors, giggling together whenever Stephen Curry would sink another improbable three-point shot. I often wore the jacket to my weekly pickup game, just to hear the oohs and aahs.

“That looks like what the players wear,” one friend gushed. Of course it did. Kate bought it.

Few of our purchases were so luxe. There was the “Repo Man” shirt I picked up at Trash and Vaudeville in the East Village, right before we jumped in a cab to LaGuardia on our way back to Dallas on one of our many New York getaways. And a pair of brightly colored, Warhol-esque Ol’ Dirty Bastard socks she bought me at Oaklandish, a killer boutique shop in downtown Oakland. (I grew up next door, in Berkeley).

We loved to travel, and shop, on a budget. She loved to see me in these clothes, but mostly she loved to make me happy. 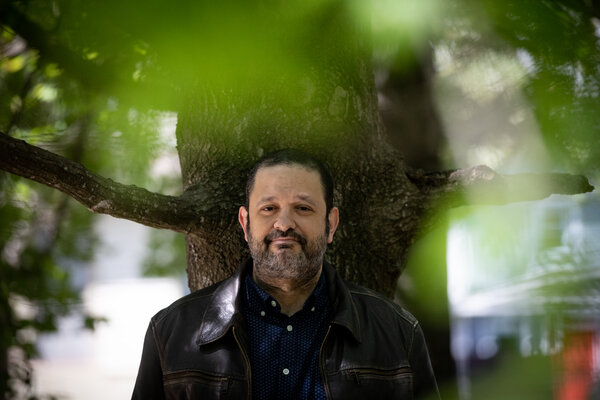 In 2018, Kate started forgetting words. She complained of numbness and weakness in her right arm. A series of M.R.I.s were inconclusive. In February 2019, we visited a neurologist, who delivered the diagnosis: corticobasal degeneration, a rare disease that affects the area of the brain that processes information and brain structures that control movement. She was 38.

The disease is terminal.

The next several months were a whirlwind of trauma. Laid off from my job at The Dallas Morning News, I moved to Houston to work at the Chronicle. Kate went to live with her parents in East Texas. Overwhelmed by grief, I suffered a severe emotional collapse. I was briefly hospitalized. It was a very dark time.

Meanwhile, my clothes were everywhere, mostly in a storage unit in Dallas. A friend got access, boxed up a few items and sent them to me in Houston. There was the Warriors jacket. And the “Repo Man” shirt. And the O.D.B. socks. Looking at them flooded me with emotion — sadness, gratitude, regret. I longed, achingly, for times that would never return, times that didn’t hurt.

This might be a good time to mention that “Worn Stories” isn’t all sadness. There’s the nudist community in Kissimmee, Fla., where clothing usually means sandals. “I can’t imagine having my feet naked,” says one community resident, Diane, in the show’s first episode. “Going outside and walking across the lawn, there are insects down there.”

There’s inspiration as well: Carlos, from Blythe, Calif., spent eight years behind bars. Today, working for the Ride Home Program, he picks up newly released inmates from prison — and takes them shopping for clothes to wear in their new lives.

Then there’s the sax player Timmy Cappello, who received the gift of a studded leather codpiece from Tina Turner when they were on tour together. “I’m not even sure I can play the saxophone without this,” he says in the second episode. Worn stories can be funny — and moving.

For Morgan Neville, a documentary maker (“Won’t You Be My Neighbor,” “20 Feet from Stardom”) and an executive producer of “Worn Stories,” the series has personal resonance. He still keeps a jacket he first wore as a teenager, he said by phone recently, which helps connect him to his mother, who died in 2016.

When he was 13, he got deep into the English rock band the Who. He ordered a bunch of Union Jack flags and spent hours with his mother sewing the flags into a jacket. Today it hangs in his closet, reminding him of his mother every time he sees it.

Clothes have a unique power to wrap us in the love of our dearly departed. Kate died on July 2, 2020. I regularly kiss the socks she bought me (even if they’re dirty). I stroke the Warriors jacket, sometimes thinking of the end of “Brokeback Mountain,” when Ennis cradles Jack’s shirts to his chest. I wear my Kate clothes on a regular basis. They bring me closer to her, and to what we had.

Even as Kate was dying, she was outfitting me. Near the end, her dad, Mike, sent me a pair of striped socks Kate ordered, adorned with the words “Pretty Decent Boyfriend.” They show me she never lost her sense of humor, or her generosity of spirit.

Before our world caved in, Mike also bought matching bomber jackets for me and Lorenzo, who was dating Kate’s sister at the time. It’s just a basic, brown leather jacket, but I took to it. I like its simplicity, and it keeps me warm. I was wearing it as I sat on the front porch during a recent phone conversation with Mike, and I told him so. He seemed genuinely moved.

That’s something else clothes can do. They can hold you tight when you feel alone. They can make the world feel a little bit smaller.