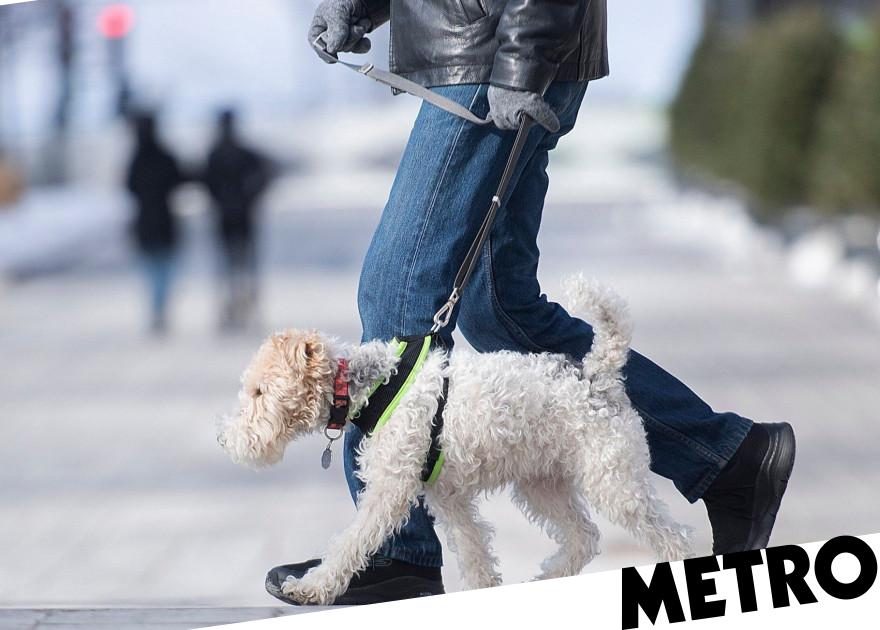 A woman has been fined for breaking a Covid curfew by walking her husband on a lead.

When stopped by police, she claimed that her partner was in fact a dog, according to local media.

On Saturday, Quebec said that people would have to stay indoors between 8pm and 5am in a bid to halt the spread of coronavirus.

However, dog walkers are allowed to be outside during this time in an exception to the rules.

Police spotted the pair in Sherbrooke at around 9pm, just after the rules took effect.

Both of them were fined CA$1,546 (£893) despite claiming they were acting within the rules for pets.

Isabelle Gendron, of the Sherbrooke Police Department, told La Tribune they ‘did not co-operate with the police at all’ and the woman said she would not pay the ticket.

The paper said that in the evening from Saturday to Sunday, 19 tickets for breaching the curfew were issued.

For more stories like this, check our news page.