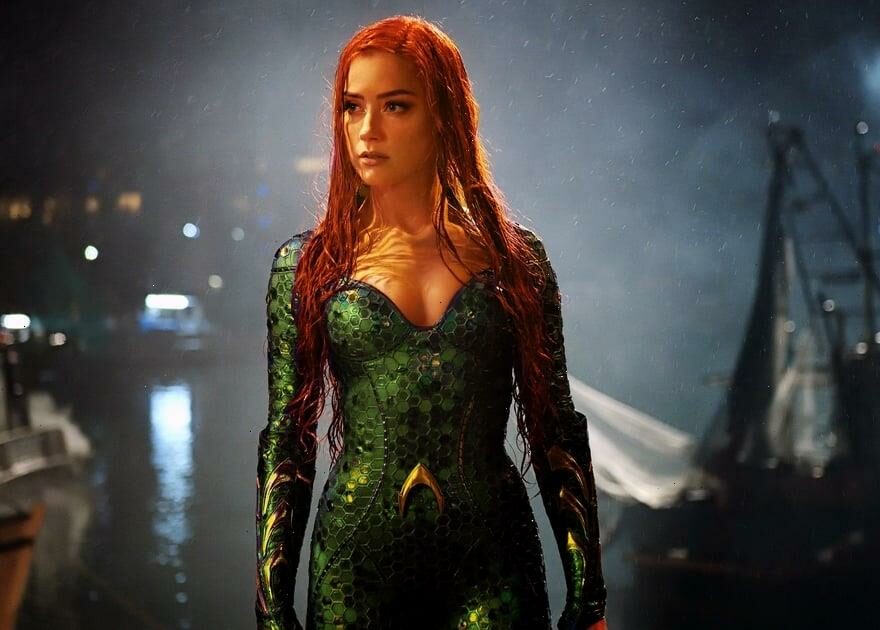 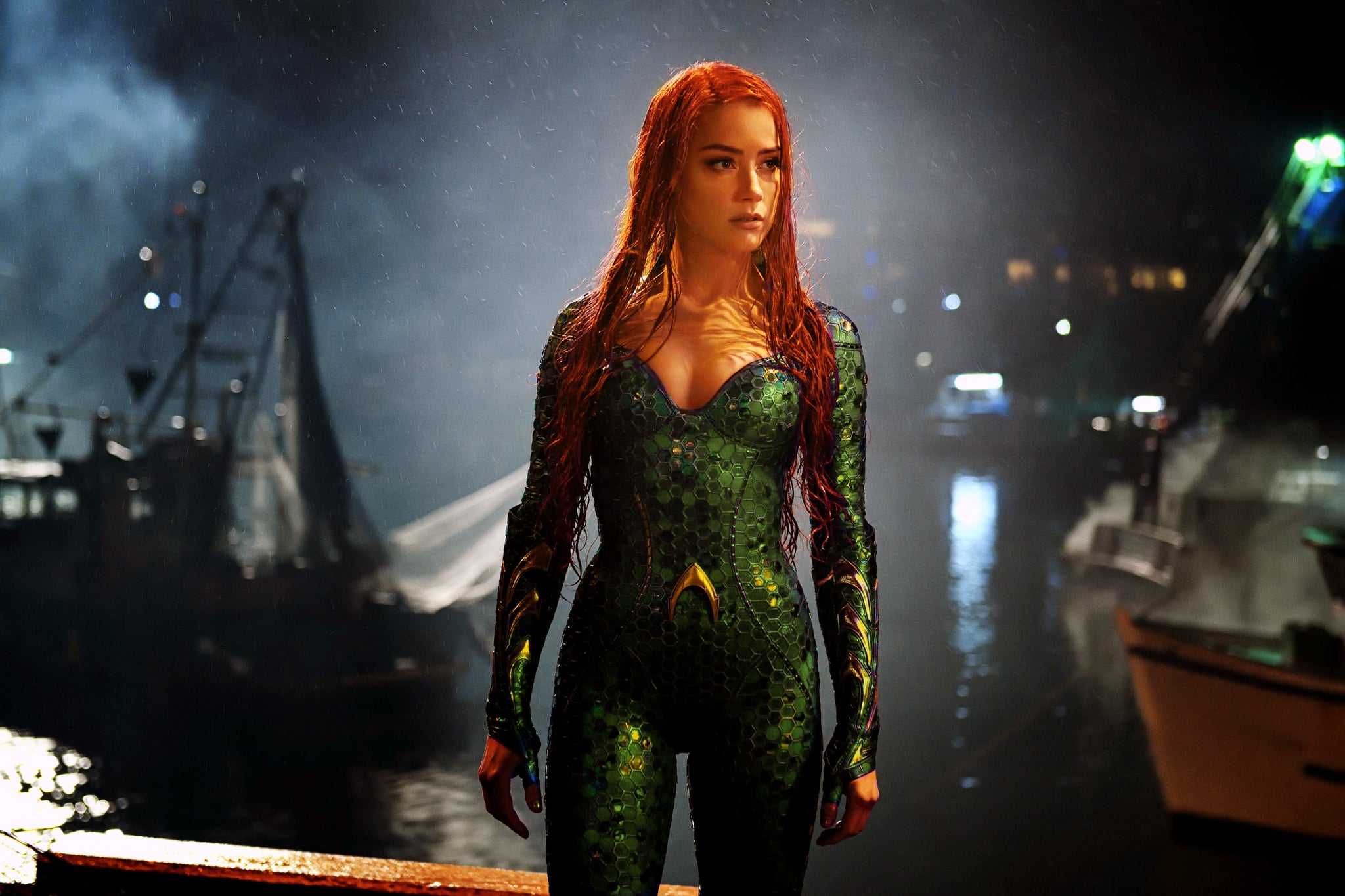 The highly anticipated sequel to the 2018 film “Aquaman” is already garnering plenty of buzz from fans of the movie and the general media — not only for shirtless Jason Momoa or the storyline, however. “Aquaman and The Lost Kingdom,” has been in the works since the overwhelming success of the first film in 2018, but a major court battle involving Amber Heard, who appeared in “Aquaman” as the powerful Princess Mera (the love interest of Aquaman), and Johnny Depp has many wondering about her future in the film, which is set to release in 2023.

Why Are Johnny Depp and Amber Heard Suing Each Other?

At the time of “Aquaman”‘s release in December 2018, Heard and Depp had recently wrapped up their highly publicized divorce proceedings. By all accounts, the relationship was volatile. When Heard filed for divorce in 2016, she filed a temporary restraining order against Depp, claiming he had been abusive toward her throughout their relationship. She then authored a Washington Post op-ed titled “I spoke up against sexual violence — and faced our culture’s wrath. That has to change,” published days before “Aquaman”‘s December 2018 release. Though Disney did not cite the op-ed or Heard’s accusations as the reason, the studio dropped Depp from their major franchise “Pirates of the Caribbean” shortly after the op-ed’s release. Depp then sued Heard for defamation, accusing her of causing his career irreparable harm by implicating him as her domestic abuser in the essay (Depp claims he never physically abused Heard). Heard countersued, claiming Depp and his legal team defamed her by calling her abuse claims a “hoax.”

The ongoing trial kicked off in mid-April, with both Depp and Heard bringing evidence, including audio of their volatile fights at the time of their relationship, as evidence. The evidence paints a polarizing picture, causing some following the trial to accuse Heard of domestic abuse as well and demanding her removal from the “Aquaman” franchise.

What Is Amber Heard’s Role in “Aquaman 2”?

In the course of Amber Heard’s countersuit for defamation against Johnny Depp, entertainment industry consultant Catherine Arnold revealed what the extent of Heard’s role in “Aquaman 2” once was (according to Heard). Throughout her testimony, Arnold claimed Heard revealed the first version of the script saw Mera, in a “strong romantic arc” throughout the entire film. “She also got to do some great action sequences at the end of that storyline and that script. So she was featured predominantly throughout the script of ‘Aquaman 2’ when she first read it,” Arnold testified in court (via Cosmic Book).

According to Arnold’s testimony, Heard claimed her role was significantly reduced amid the controversy surrounding her and Depp’s legal battle. “When she got the script, it was pared down from the first script, dramatically, they had her in the hospital in the first part of the movie called Act 1, they had her in the hospital, then they pretty much had her in the hospital, then she was going to do this action sequence in the end,” explained Arnold. “She trained five hours a day for several months with a trainer to do this big action sequence, and then when she got to set… this big action sequence she was going to do at the end of the movie in the third act was cut out and they took it away from her. So it was radically reduced in the script from what it was…”

At one point, Arnold made mention of Mera being in the hospital and having a baby, but it’s unclear if this aspect of the script will be in the final cut. Arnold testified she has not seen the final movie.

Will Amber Heard Be in “Aquaman and The Lost Kingdom”?

Production for “Aquaman and The Lost Kingdom” started in June 2021 and finished production in January 2022, with Heard on board to reprise her role as Mera. During the beginning stages of production, growing outrage over Heard’s appearance in the film grew, with many following the legal proceedings between Depp and Heard showing disappointment with the decision to keep her in the cast. The film’s producer, Peter Safran, responded to the increasing pressure to fire Heard in July 2021, telling Deadline, “One is not unaware of what is going on in the Twitter-verse, but that doesn’t mean you have to react to it or take it as gospel or accede to their wishes. You have to do what’s right for the film, and that’s really where we landed on it.”

While Safran and the rest of the film’s crew appeared to remain unfazed by the public’s perspective on the Heard/Depp allegations of abuse, disapproval of their decision grew in number. A Change.org petition, which was initially started in 2020, is calling for Heard to be removed from the film for her alleged abusive behavior toward Depp while the pair were married. The petition has reached over three million signatures.

The producers of “Aquaman and The Lost Kingdom,” including Peter Safran, have yet to address the petition, or Heard’s involvement in the film since the start of the defamation trial. Rumors of her screen time in the film have been circulating, however. On April 30, 2022, TMZ reported the actor will have less than 10 minutes of screen time in the sequel, though the report has not been confirmed by anyone with direct ties to the film. In addition, a connection between Heard’s alleged screen time and the ongoing trial has not been established, so even if it is true, it may not have anything to do with the ongoing trial.

Currently, it appears Heard will remain in “Aquaman and The Lost Kingdom,” whether for just 10 minutes or longer, when the movie hits theaters on March 17, 2023.