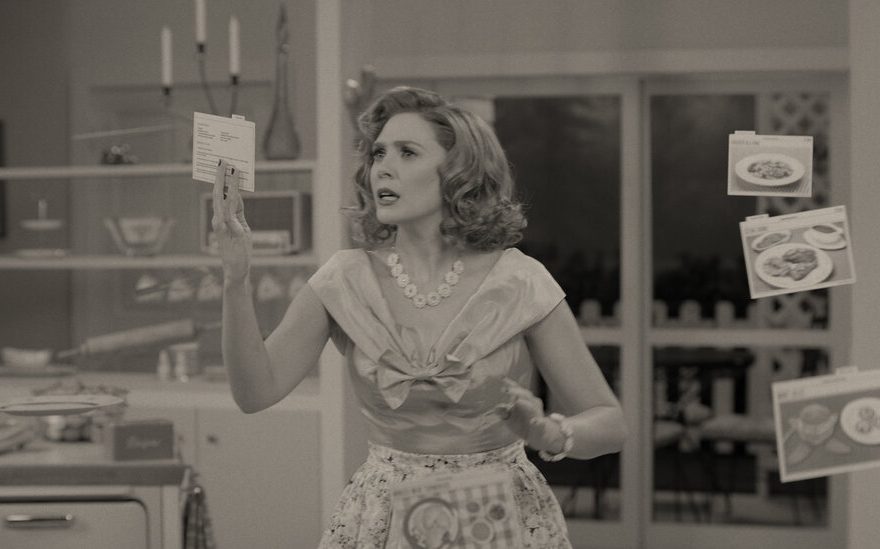 This article contains spoilers for “WandaVision.”

We love our superheroes: charging into battle, dropping from the sky with an asphalt-cracking entrance, thrashing one another to a lively score. But nine times out of 10, the figure bearing the shield or swinging the mighty hammer — and delivering the final showstopping blow — is a man. As the ’90s girl group 702 famously asked, where my girls at?

For all of the enormousness of the Marvel Cinematic Universe, the franchise has been remiss in its portrayal of female heroes and their power. The Disney+ series “WandaVision,” which recently finished its first season, gave a preview of the ways the M.C.U. could better serve its female heroes in the future, by giving them the space for their characters to develop and evolve: to have relationships and suss out their wants and needs and also to show off the full range of their abilities.

But the pitfalls the series skirted also revealed what the franchise will need to avoid when navigating what heroism looks like inside and outside gender norms.

“WandaVision” picks up after the events of “Avengers: Endgame,” in which Vision, the computer-consciousness-turned-caped-hero played by Paul Bettany, died. But in “WandaVision,” he and his fellow Avenger and wife, Wanda Maximoff (Elizabeth Olsen), appear inexplicably in a happy suburban life in a town called Westview, N.J., styled, episode by episode, as taking place in a different era of television sitcom.

Things are awry in this world, and Wanda eventually discovers that she — who is not your run-of-the-mill hero but the powerful Scarlet Witch — unknowingly created this fantasy, trapping the real residents of Westview within it. Vision and even her superpowered twin sons, who are born in this TV Land-style world, are manifestations of her magic, triggered as a reflexive response to her grief at the loss of her husband and her twin brother, Pietro. As Wanda seeks refuge from her tragedies in her bizarro version of Westview, military forces target her as a threat, and another witch infiltrates her world to try to find and steal the source of her magic.

“WandaVision” is the first time in the Marvel franchise that we see the extent of Wanda’s power. Although she is a historically powerful hero in comic book lore (in some versions, she’s even identified as the daughter of the mighty X-Men antagonist Magneto), Wanda was introduced in “Avengers: Age of Ultron” as a villain, a foot soldier to James Spader’s smooth-talking artificial intelligence, Ultron. And yet her powers were vague and unstable: She occasionally created illusions and manipulated minds, but mostly she shot vague blasts of red light, especially as she eased her way into a permanent place at the Avengers’ table.

This was a watered down representation of a formidable hero. But why? 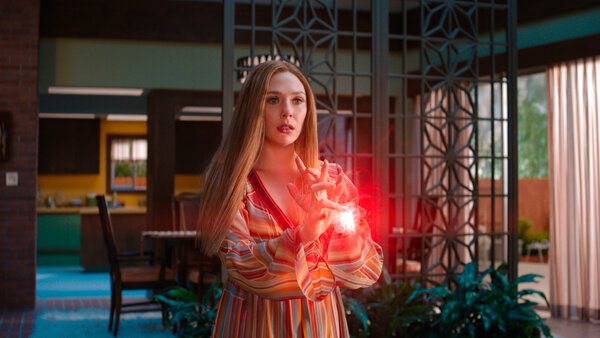 Some of the reasons are practical: narrative convenience and the difficulty of visually rendering her complex powers. Wanda’s abilities, unlike those of many of the Avengers, require more than a few camera shots in the middle of a battle to unpack. In a franchise — and genre — known to profit from showy fight scenes, a few red blasts of light, though paltry, are more visually appealing and simpler to execute than abilities that bend reality and challenge consciousness.

But the more frustrating reason is wrapped up with the aims of the franchise, which are more about longevity than they are about narrative logic. Wanda and Captain Marvel, the only other female Avenger to helm her own property so far, are the two members of the team who could have defeated the big bad of the last two Avengers films, Thanos. Because of that, the films clumsily maneuvered around these heroes, downplaying their powers or making them unavailable so that the story could continue. It wouldn’t be so egregious if these powerful heroes weren’t also women.

“WandaVision” recognizes this dilemma and even explicitly states it in an attempt to retroactively tidy up the franchise’s treatment of these characters. In Episode 5, the F.B.I. agent Jimmy Woo (Randall Park), the scientist Darcy Lewis (Kat Dennings) and the intelligence agent Monica Rambeau (Teyonah Parris), the underused good-guy sidekicks who try to puzzle out and safely undo Wanda’s Westview, discuss the strength of Wanda’s powers. Jimmy notes that if Wanda were in fact creating solid matter out of thin air, she would be “far exceeding anything she’s shown in the past.”

Monica responds: “She could’ve taken out Thanos on her own if he hadn’t initiated a blitz. Nobody else came close.” To which Jimmy counters, “Well, I’d argue that Captain Marvel came close.”

But in their origin stories and ascent to power, these female heroes are also defined by the ways they exist within gender norms or fall victim to the power of men. In “WandaVision,” Wanda is allowed a level of depth not often given to characters in superhero movies, with a brilliant look at her expression of grief. But the central conceit has her enacting a classic dichotomy: Can Wanda do her job as a hero, or can she have a quiet life as a wife and mother? As the series nears its end, this becomes the choice Wanda must make because her suburban sitcom — including her husband and kids — cannot exist unless she continues to manipulate the people of Westview against their will.

And Wanda cannot simply own her powers from the start; she must discover them through her emotional trauma, another gendered cliché, the idea that female strength is always grounded in emotion. But society has also historically fostered the idea that too much female emotion — hysteria — is also a threat, something reinforced by the series, as when Wanda panics and nearly injures the citizens of Westview with her magic. It’s the very nature of her abilities, which are defined as “chaos magic.”

Black Widow, who was saddled with a senseless romance and grossly offensive speech about her infertility in “Avengers: Age of Ultron,” is due to arrive with her own film, but that movie also positions her in a domestic space: She returns to her family. And even “Captain Marvel” baldly championed Carol Danvers as the poster-ready “nevertheless, she persisted” female hero, who broke free from the oppressive men who were tamping down her abilities.

It’s one thing to finally get the female heroes we long for, and for those heroes to be at the center of their stories. But going forward, the M.C.U. has to be better about treating those heroes with the nuance they deserve. That includes acknowledging what women heroes have historically been allowed to do compared with their male counterparts; examining how deeply they’ve been made to buy into stereotypical ideas of what women should be; and assessing the realities of what it means to be a woman wielding power in a male-dominated world. No one needs another superficial film equivalent of an ad campaign for female empowerment.

What would it have looked like for “Avengers: Endgame” to do more than a quick, perfectly posed group shot of the lady heroes fighting Thanos together on the battlefield? What would it have looked like, rather, to have these women finish off the villain as the boys stood aside? How would it have landed if Wanda had a handle on her powers and their development didn’t come down to a choice between a hero’s work and domestic bliss? Whenever I see a female hero, I wonder what conditions will be tagged to her power. I wonder how, even without the male capesters who dominate the genre, she will be shaped by traditional gender notions that support images of masculine, fight-ready leading men.

In so many ways, “WandaVision” was a delightful surprise from the M.C.U. and the first time since the Scarlet Witch was introduced that I felt the franchise rewarded my excitement for the narrative possibilities of this female hero. And yet it doesn’t leave me fully sated. I think of the long list of Marvel movies dating back to “Iron Man,” from 2008, and I want more: messy women, strong women, women who are powerful and independent from the society of men. Women who deliver the last knockout punch.