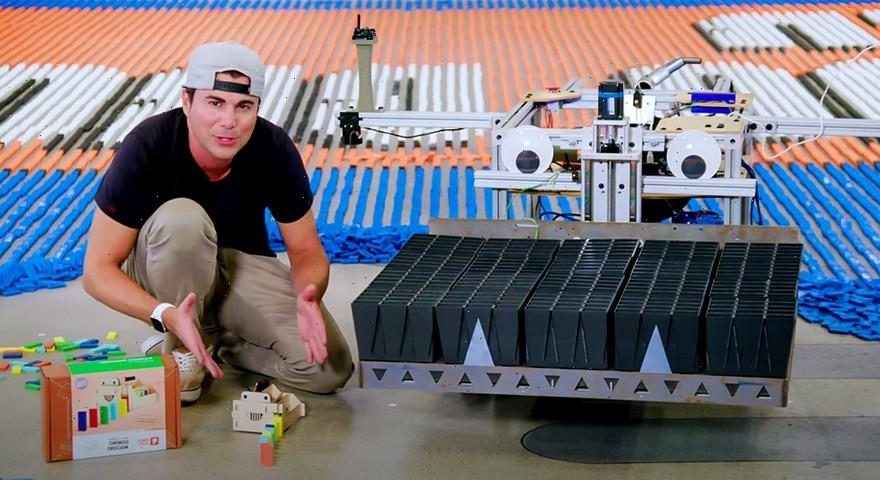 Former NASA engineer and YouTuber Mark Rober along with two freshmen from Stanford University and a software engineer from the Bay Area, have created a record-smashing domino-building robot named the “Dominator.”

Attempting to tackle this problem by hacking a Roomba five years ago, Mark and his team have finally created a robot capable of cracking the scale and reliability issues. Among the features that made it all possible are 3D printed funnels that allow the Dominator to hold and drop 300 dominos all at once and omni-wheels which allow the robot to move in any direction to adjust for small corrections.

The machine consists of 2400+ 3D printed parts and is programmed with more than 14,000 lines of code with the sole goal of setting up dominos as fast as possible. Behind the scenes, a sorting mechanism that consists of a high-speed Kuka robotic arm and a half-mile of Hot Wheels tracks sort the 100,000 dominos by color to prepare for Dominator’s refill.

To put it all in perspective, if this feat was attempted by seven skilled domino builders, it would have taken about a full week to complete what Dominator did in a day.

For more technical details head over to the Baucom Robotics website.