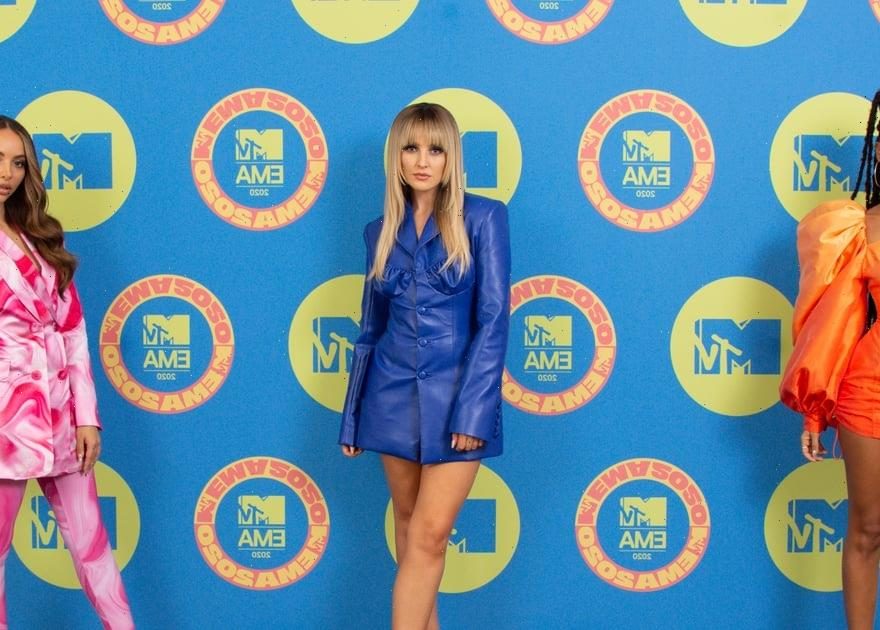 Little Mix have released a brand-new music video for their latest single, “Confetti,” which sees Leigh-Anne Pinnock, Perrie Edwards, and Jade Thirlwall transform into swanky men versions of themselves, and we have to say, the result is pretty impressive. The band members take on men alter egos, wearing chunky gold chains, fake tattoos, and hair pieces that’ll genuinely have you questioning whether or not they could be real people. The “boys” are seen to mimic the dance moves in a way that gives us major Ciara “Like a Boy” vibes, and we’re definitely here for it.

The video marks Little Mix’s first release since former band member Jesy Nelson officially announced that she was leaving. In a recent interview with Euphoria Magazine, Thirlwall talked about the transition since Nelson left the band. “It’s still all systems go in Little Mix world,” she said. “It’s just learning to adapt. I think it’s quite exciting.” Edwards added that the band attended group therapy sessions to help them process the news. “We’re each other’s support system in a way because we’re sisters and feel every emotion together,” she said. “We can always lean on each other.”

Watch the “Confetti” video in full above.