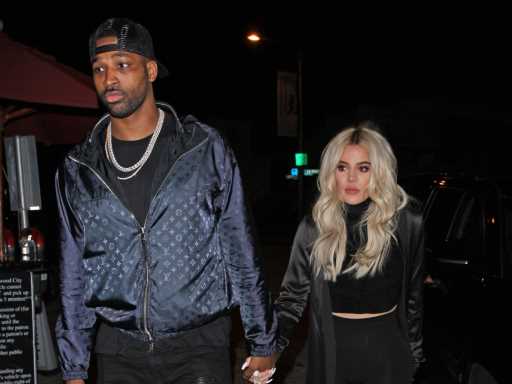 Let’s just all agree that Tristan Thompson is messy. He’s put Khloé Kardashian through more than one cheating scandal and undeserved heartache. The latest affair claims by Sydney Chase have us wondering if he hasn’t learned anything from his past mistakes or if the latest legal action is his way of protecting his family. On the other hand, Chase has certainly exposed more than is necessary and we’re not entirely sure of her motivations either. It’s hard to know which side is the truth in his latest entanglement. 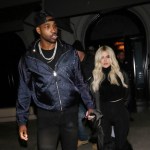 Thompson took a hard stance via his lawyer Marty Singer by issuing a cease-and-desist order to Adam John Grandmaison, host of the No Jumper podcast, and Chase. It was on Grandmaison’s show that the Instagram model shared her story about allegedly sleeping with the Boston Celtics player. The letter sent to the podcast host, and obtained by Page Six, stated, “You recklessly allowed Ms. Chase to make outlandish false statements about my client on the podcast without seeking to verify her claims in any way.”

The note sent to Chase was even harsher coming straight out of the gate by calling her “a liar.” The legal letter stated, “Your claim that you had a relationship with Mr. Thompson is pure fiction. The purported texts you claim exist are equally fictitious, and they put words in my client’s mouth that he never said that are contrary to his thoughts and feelings. This is defamatory.”

Chase, who told Page Six she never received the letter, was also asked to provide the original text that Thompson supposedly sent her, presumably including ones she’d previously shared in which Thompson allegedly unfavorably compared Kardashian to ex Jordan Craig — Singer is alleging she somehow altered messages sent to her. But doesn’t that beg the question: Why was the athlete sending her texts to begin with?

Of course, Thompson’s legal team is doubling down with their intimidation tactics, writing, “We are confident that any texts you may claim to have would not withstand such scrutiny. The truth would be revealed – that your story about my client is
fabricated. Of course, we doubt you will allow us to review any purported texts since our examination of the texts would confirm that they are a sham.”

Chase is completely unbothered by anything right now because she’s too busy cashing in on her sudden clout. She’s headed to Las Vegas Friday night to host a party at Larry Flynt’s Hustler Club in Las Vegas and she’s reportedly pitching a reality series to the Zeus Network, per Page Six.

Whatever comes of this he said, she said story, we can all agree that Khloé deserves better than anything these two are serving up.

Before you go, click here to see all the celebrities who have admitted to cheating on their partners.