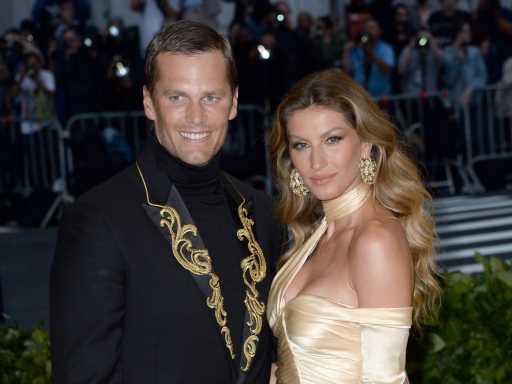 Tom Brady and Gisele Bündchen reportedly have no plans to throw in the towel when it comes to their marriage. Yes, they are hitting a rough patch, but they both seem to understand that there is light at the end of the tunnel.

That means that the NFL star “knows that this is his last season” in football because there has to be some comprise “if he wants to stay married” to Bündchen, according to a People source. The insider is also very clear that the 42-year-old supermodel “doesn’t hate that he’s playing football, but she sure hates the way he handled the retirement and coming back.” Fair enough. Brady only gave retirement 40 days, and it doesn’t feel like Bündchen was a huge part of the conversation when he made his decision.

This marital spat has rattled Brady quite a bit, too. “He knows that, and he’s doing what he can do to smooth things over. He does know that this is his last season if he wants to stay married,” they continued. “He can’t do this again.” Even though Bündchen was subtle with her choice of words, she made it pretty clear in her ELLE magazine interview that she held up her end of the bargain. “I’ve done my part, which is [to] be there for [Tom]. I moved to Boston, and I focused on creating a cocoon and a loving environment for my children to grow up in and to be there supporting him and his dreams,” she pointed out.

Now it’s her turn to prioritize her goals, and she needs Brady’s help to be there for the family. It will probably feel like a very long NFL season for Bündchen, but Brady knows that the end of his playing career is in sight — for the sake of his marriage.

Before you go, click here to see celebrity couples who famously broke up and got back together.