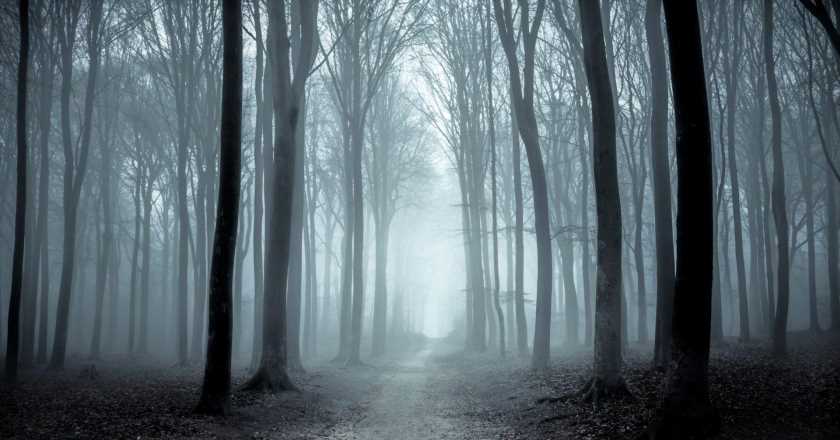 Dick Wolf, the creator of the renowned Law & Order franchise, has created a thought-provoking podcast that is now being lined up for a TV adaptation. Here’s everything we know about the upcoming series so far.

Podcasts really are the perfect companion for many – from true crime to comedy, food and even career inspiration, there really is no better feeling than coming across a true podcast gem.

While 2021 has been a great year for podcasts, this recent news about newly released Dark Woods is confirming what we already knew to be true: that podcasts really are becoming the basis for some impeccable television commissions.

Released earlier this month, Dark Woods focuses on the suspicious death of a young park volunteer in the California Redwood Forest. Now, Universal Television is developing a series adaptation and we honestly can’t wait to see the palpable tension of the podcast unfold on the screen.

While it may initially seem rogue for a podcast to get a TV adaptation, the news of Dark Woods follows in the footsteps of Peacock’s Dr. Death, Amazon’s Homecoming and Apple TV+’s recently released A Shrink Next Door.

What is Dark Woods about?

The story focuses on an estranged couple who have to investigate the death of a young volunteer in a California forest.

Game warden Mark Ellis (voiced by Law & Order: LA’s Corey Stoll) and city councilman Laura Romero (voiced by Chicago Fire’s Monica Raymund) have to put their personal differences aside to uncover the terrifying truth about what is happening in their state park.

What unfolds is an investigation with a surprising twist that reveals illegal marijuana grow sites and a much larger crime organisation.

Although fictional, the podcast series addresses a big real-life issue: “the contamination of watersheds by illegal marijuana grow sites using illegal pesticides, as told through the lens of those who deal with its effects firsthand – park rangers, local government and everyday citizens,” as stated in the synopsis.

Law & Order: LA’s Corey Stoll is the voice of Mark Ellis in the Dark Woods podcast.

Who stars in Dark Woods?

While we are yet to receive casting announcements for the TV adaptation, the podcast already boasts a cast of familiar faces.

In addition to Corey Stoll and Monica Raymund heading up the cast as Mark and Laura, Dark Woods also features Veep’s Reid Scott.

It remains to be confirmed if any of the podcast cast will remain for the TV adaptation.

Chicago Fire’s Monica Raymund is the voice of Laura Romero in the Dark Woods podcast.

What has been said about Dark Woods?

The podcast is executive produced by father-son duo Elliot and Dick Wolf. Speaking to Deadline, Elliot revealed that the Dark Woods project came from his own fascination with national parks and how they’re policed.

He said to Deadline: “These parks aren’t under local jurisdiction, it’s federal land so it’s federal employees policing them and we thought that was a really interesting premise for a show.”

He added that the sound design was key to the audio drama also: “The goal was to make this as an immersive experience as possible and to make it feel as real life as possible. The actual sound design is largely recorded sounds in the forest. When you hear a coffee mug being picked up, it’s an actual coffee mug.”

In regards to developing it as a TV series, Elliot admits that he has always felt this project deserves an on-screen adaptation: “We have always had an eye on developing this story for television and we’re thrilled that our partners at Universal Television share that vision.”

Is there a trailer for Dark Woods?

While we’re yet to receive any promotional photos or trailers for the TV adaptation, you can watch the trailer for the Dark Woods podcast here:

When will the Dark Woods TV adaptation be available to watch?

As the TV adaptation news has just been announced, no further details around release date are currently confirmed.

In the meantime, you can listen to Dark Woods on all podcast streaming platforms. Listen to the first episode here: