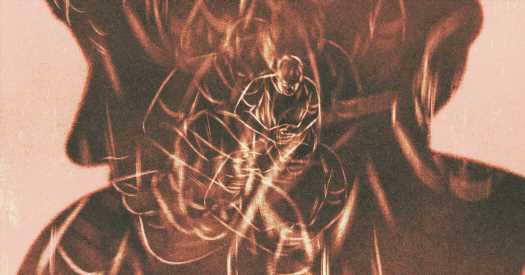 In the emergency department, the nurse asked me to rate my pain on a scale of one to 10 — “10 being the worst you can imagine.”

I wondered how the worst I could imagine compared to the worst I’d ever felt. That, I was pretty sure, I’d experienced that morning. For three hours, I’d been trapped in my bedroom, crawling from mattress to floor and back again, desperate to find a tolerable position. In all that time, I’d managed only one clear thought: So this is writhing. Mostly, though, the pain was so severe it kept me from thinking about anything else. Physical suffering will do that. It “destroys a person’s self and world,” as Elaine Scarry, a Harvard scholar, noted in her influential book “The Body in Pain.” It shrinks the universe and magnifies the individual until the hurt becomes all there is.

The pain hadn’t been nearly as bad when it started, the day before, as an unfamiliar cramp in my gut. I couldn’t hold down food and assumed I had a particularly bad case of food poisoning. My stomach stayed knotted all day, but the discomfort — caused by a kidney stone on the move, as I would learn later — was mild enough at first that I was able to think about other things. Mainly what preoccupied me was my dead father, and the gastrointestinal trouble that he’d lived with for half a lifetime.

His health problems surfaced when my mother died, in my childhood, of cancer. He’d suffered with her through more than four years of treatment by then, and surely the prolonged strain was part of the reason that my 45-year-old father developed digestive disturbances that persisted for three decades, becoming near-constant in the years before his death. He took his life either late the day before or early on the morning of what would have been my mother’s 72nd birthday, and hours before what would have been his umpteenth visit to the gastroenterologist. The police report even mentions his gastric pain as a complicating factor.

A copy of the report, which I’d belatedly requested, happened to arrive a few days before my own mysterious illness surfaced, so my father was already foremost in my mind when my stomach balled up. If what he endured for 30 years was anything like the writhing pain I’d experienced that morning, then no wonder he killed himself, I remember thinking.

While my father was alive, it was impossible for me to imagine his agony. Instead, whenever he described his trips to the toilet — in revolting detail — I’d get irritated. It seemed crazy, and inappropriate, that he should tell me, his daughter, so much about his bowels. But I suppose he couldn’t know. As Ms. Scarry writes, “Physical pain … obliterates all psychological content, painful, pleasurable and neutral.”

Hours after my father’s brother discovered his body, an obtuse relative told me, “Your father could never be strong for you.” In some respects, that remark felt like redemption. Before then, no one in my extended family, full of an older generation of Irish Catholic immigrants who avoided discussing difficult things, acknowledged my father’s troubling behaviors, let alone their effect on me, though he became devastatingly unreliable after my mother died the summer I turned 8. I think he remembered one of my birthdays in my childhood, but only one. And after he forgot to give me the ride I needed to my big seventh-grade basketball tournament, I never played again.

More than that, I never knew if he’d return from work in the form of the charismatic storyteller who was the world to me, or — so much more often, it seemed — as the half-feral creature who’d pace the kitchen in a drunken rage, sometimes literally cornering me as he taunted me for what seemed like no reason at all. (For a while, I couldn’t even ask how his day was without him sneering that I didn’t really want to know.)

Yet my father, born into poverty in Ireland and uneducated, also showed formidable strength — and not just because of his sledgehammer arms and the broad-chested build he maintained, through manual labor, till he died. Savagery at the hands of a sadistic priest may have been the least of the obstacles he had to overcome during his childhood. He also had two mentally ill parents. And when he was 13, his beloved younger brother P.J. died, on Christmas Day — a formative trauma for my father, which he relived with me every year.

Late every Christmas Eve, he’d tell me about it again. Eight-year-old P.J. had stepped on an old can that cut through his tattered shoe. The puncture wound became infected with tetanus — fatal even now in 10 percent of cases, far more so in rural Ireland at midcentury. The closest hospital was hours away, and no one in my father’s fishing village owned a car. Finally, some wealthy man came to drive P.J., but too late: In the back seat, his body already stiff and jaw locked, P.J. died, rigid, stretched out on the laps of my 13-year-old father and his father.

Every time my father told the story, I’d find myself looking out of his eyes, down at his dying little brother, only 8 years old. P.J.’s body had become his coffin. That must have been so terrifying. My father must have felt so helpless.

From helpless boy, my father grew to intimidating man, in part through determination. He’d had no control over P.J.’s death, and not much over my mother’s. And yet the rage his powerlessness engendered became a motivating energy that transformed into physical strength. He managed to work so hard and so steadily, to be so self-denying and steadfast about saving money, that he paid my way through an Ivy League college.

His strength may have proved itself most of all, however, in the way he endured his physical suffering for so long. By the time he reached his 70s, he was constantly, unpredictably sidelined by stomach upset or bowel trouble, which no doctor could adequately treat, or even diagnose. The intractability of his maladies should have made me more concerned about him. Instead, he became the father who cried wolf. I couldn’t, or didn’t want to, put myself in his tormented body; and to the extent that I put myself in his mind, I decided that his sickness was exacerbated by his tendency to brood.

Something I didn’t learn until after my father’s suicide is that depression can cause chronic gastrointestinal torment, much as stress can cause back pain, or sadness can cause tears. I doubt that any doctor sufficiently explained that to my father. The mere suggestion that his suffering might have had a “psychosomatic” element made him protest that what was happening to him wasn’t all “in his head.” Of course not. And yet, the brain is as much part of the body as the gut. The brain not only perceives physical pain but can help trigger painful bodily responses, too.

If my father had a better understanding of the mind-body connection, would that have saved him? I can’t say. But while I could imagine his emotional or psychological suffering, I resisted empathizing with him physically. I could put myself into his vision, as he looked down at his dying brother. But I resisted his hurting body. And perhaps because of that — because we think of depression as so much in the mind when it can also be in the flesh and blood and organs — I tried to push him to change his perception. What I should have been pushing for was better medical attention for his body, in all that pain.

Maura Kelly is working on a memoir about her father. She encourages anyone experiencing a mental health crisis to go to an emergency room, call the National Suicide Prevention Lifeline (1-800-273-8255) or visit the National Alliance on Mental Illness site (nami.org).