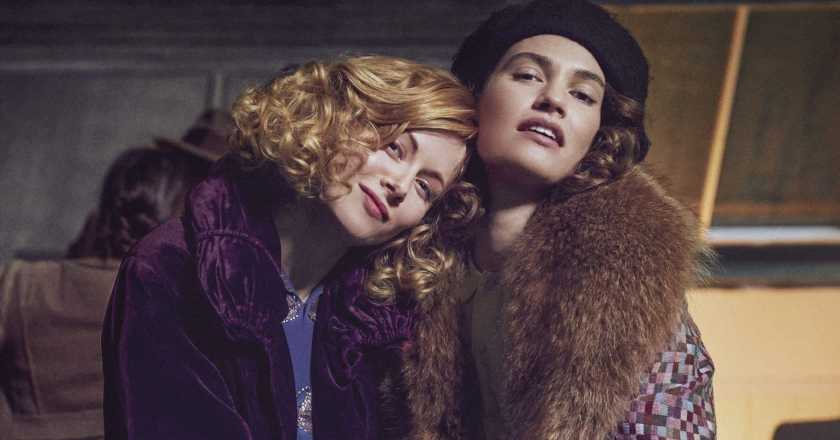 Lily James shines in our first proper look at The Pursuit Of Love, aka the BBC’s hotly anticipated period drama…

If Netflix’s Bridgerton has reignited a passionate love affair with sexy period dramas, don’t despair: the BBC’s adaptation of The Pursuit Of Love is almost upon us. And, quite honestly, the dazzling new trailer has left us even more breathless than a young debutante who’s been trussed up in a corset for the very first time.

“It’s not sexual,” promises the show’s fearless Linda Radlett, who is played to absolute perfection by a dazzling Lily James.

Lily James positively dazzles in the new trailer for The Pursuit Of Love.

As is made very clear in the trailer, Linda – despite all the pressures of growing up in high society sometime between the two World Wars – believes in love.

In fact, she’s “passionately romantic,” and thoroughly intent on finding The One who sets her heart (and body) on fire, no matter what the cost.

Best TV shows of 2021: the 35 must-watch series coming to our screens

While Linda’s heart takes her on a series of misadventures all over Europe, however, her best friend and cousin, Fanny Logan (Emily Beecham), decides to stay in England. Her mission, it seems, is to follow a more conventional path. One determined by… well, by discipline, we suppose.

Oh, it looks good, doesn’t it? Ridiculously good, actually. But, before you dismiss it as a fabulously fun frolic, it’s worth noting that The Pursuit Of Love isn’t just a comedy; in fact, the Nancy Mitford novel is famed for its tragic overtones.

Indeed, as previously reported by Stylist, it’s not long before Linda and Fanny’s diverging choices raise personal questions that remain intensely relevant today – questions about freedom, about love and sex, and the mystery of the human heart.

Best ever period dramas streaming now, for anyone in need of some cosy viewing

And, before you ask, we don’t have long to wait before we can fall giddily in love with the period drama, either; The Pursuit Of Love is coming to BBC One and BBC iPlayer on Sunday 9 May at 9pm.

Anyone else counting down the days?