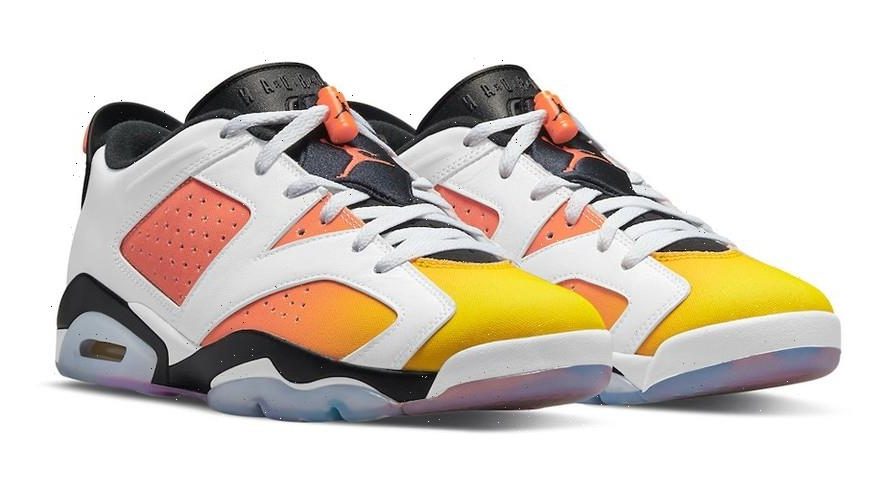 Official images of the Air Jordan 6 Low “Dongdan” have made their way around the internet. The new design was previously announced in July which takes inspiration from the annual sunset streetball tournament in Beijing, China.

Encapsulating the mesmerizing late summer afternoons over the Dongdan stadium, the silhouette sports an orange and red gradient canvas base which is framed by clean white leather overlays. A stark black hue adds a defining contrast with the tongue, lining, heel counter and midsole mold. The “Xiazhan Dongdan” logo is embroidered in white in place of the Jumpman logo to give a subtle embossed feel. A translucent outsole appears from the laterals which houses a multi-colored reflexology-inspired pattern beneath the sole.

The Air Jordan 6 Low “Dongdan” is set to release on August 29 at select retailers in China and on Nike CN’s website.