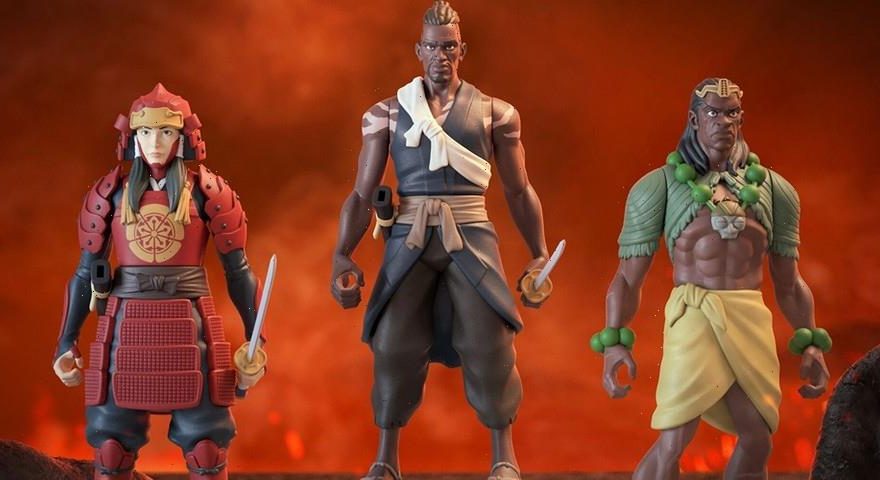 In celebration of the launch of Netflix‘s Yusuke anime, Super7 has just released a series of collectible SuperVinyl figures featuring the Black samurai Yasuke, and Natsumaru and Achojah. These six-inch vinyl figures are made from the “hang-tag” style of black vinyl and have three points of articulation.

For a simpler version of the characters, three-inch SD versions will also be available with Yasuke, Natsumaru, and Nikita in Beast Mode as the first characters in the SD lineup.

“While the story of Yasuke happens in an alternate world of Japan, the series draws its inspiration from the rich history of Japanese Anime, and we wanted the toys to match that same spirit,” said Brian Flynn, founder and owner of Super7. “Instead of making traditional western action figures, we purposely went back to our Japanese toy roots and made boxed hang-tag vinyl figures and super-deformed figures, just as if the series had also come out in Japan.”

Those interested can head over to Super7 on May 5 for the preorders where the six-inch versions will go for $19.99 USD while the SD versions will sell for $9.99 USD. Expect delivery to begin later in Fall.

In other design news, Apple revived its 1977 rainbow logo but you probably missed it.
Source: Read Full Article