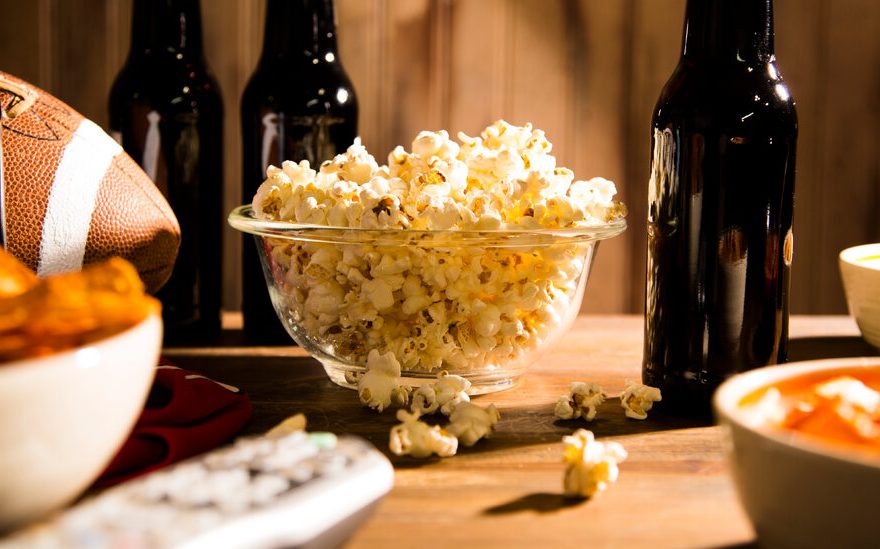 For millions of football fans, Super Bowl Sunday has become the equivalent of a major holiday. It’s like Thanksgiving, only with way more shouting, drinking, hugging and dipping into shared snacks. But this year, public health experts are urging everyone to tone it down and take special precautions when watching the big game.

“I know that no one wants to be the guy that got hospitalized or died because of the Super Bowl,” said Dr. Joshua Barocas, an infectious diseases physician at Boston Medical Center. “With the highly transmissible variants around and a largely unvaccinated public, we are all at high risk.”

Last year, gatherings to watch Lakers games during the N.B.A. finals were believed to have accelerated the virus’s surge in Southern California, officials in Los Angeles said. And after the fall and winter holidays, coronavirus cases spiked in some parts of the country as people skirted public health guidelines to celebrate with one another.

Now, after what has been nearly a year of social distancing, Sunday’s matchup between the Tampa Bay Buccaneers and the Kansas City Chiefs is beckoning.

“It’s not like Thanksgiving where millions and millions are traveling, but will we see cases linked to Super Bowl parties at people’s homes? I think most definitely yes,” said Joseph G. Allen, an expert on indoor environmental quality at the Harvard T.H. Chan School of Public Health.

According to a recent Seton Hall University survey of more than 1,500 adults across the country, 58 percent said that they will watch the Super Bowl this year. And of those, a quarter are planning to do so with people from outside their households. Another study, from the National Retail Federation, found that 28 percent of those who intend to watch the Super Bowl are planning to either host or attend a party, or watch the game at a bar.

Here are three ways that fans might watch the game this Sunday, ranked from least to most risky, and some guidance from experts on how to stay safe.

The experts we spoke with echoed recommendations from the Centers for Disease Control and Prevention that the safest way to watch the game is at home with only the people you live with. And in recent surveys, most Super Bowl fans have indicated that this is exactly what they’ll do.

Gathering with people from outside your household is taking a risk, Dr. Allen said.

You can still include other family and friends virtually. The C.D.C. recommends connecting with others by sharing recipes, starting text chains or hosting a party online. You can use Zoom, Google Hangouts or streaming services with virtual group watch features.

Sandra Albrecht, an assistant professor of epidemiology at the Columbia University Mailman School of Public Health in New York City, is planning to attend a watch party on Zoom.

“I’m a huge football fan, and I watch the Super Bowl every year,” she said. “But this is one year where my family and I will forgo any in-person parties and will instead enjoy the game in the remote company of family and friends.”

Another potential benefit of sticking with only the people in your household: It can be less stressful. You don’t have to worry as much about who’s double dipping in the salsa or if the windows are open wide enough.

When people talk, shout, cheer or laugh outdoors, the tiny droplets of saliva that come out of their mouths are more rapidly dispersed into the environment and become more diluted. That means that when you’re outdoors with others, you’ll be less likely to get infected than if you were indoors with the same group of people.

But the risk is not zero. If you decide to attend an outdoor gathering with people from other households, it’s still important to wear masks the entire time (except when eating) and to stay at least six feet apart, the experts said.

Erin Jackson, 38, and her husband invited 11 guests to watch the Super Bowl on a 100-inch screen in their large backyard in Chapel Hill, N.C.

“We also had a lot of discussions over whether to do anything at all, because we are terrified about not being cautious,” Ms. Jackson said.

So they came up with a few rules: Everyone has to bring their own snacks, the house will be off limits and the chairs will be placed at least six feet apart.

So far, nobody has committed to showing up.

“It felt like an opportunity to reach out to our relatively small group of friends here and let them know we were thinking about them and that we wanted to be spending time with them,” Ms. Jackson said. But, she added, they also recognized that “probably very few would take us up on it.”

If you decide to go to an outdoor venue, like a bar or a restaurant, the C.D.C. recommends calling ahead of time to find out which (if any) precautions they have taken.

Each of the experts we spoke with, along with the C.D.C., strongly advised against gathering indoors with people you don’t live with. Some evidence suggests that small gatherings have driven virus transmission in certain areas. In December, for example, New York announced that its contact tracing data showed that 70 percent of new Covid-19 cases originated from households and small gatherings.

Even so, meeting indoors might be tempting for fans who live in parts of the country where temperatures are expected to dip below freezing on Sunday.

But if people snack inside someone’s home and talk loudly throughout the game, “such conditions are ideal for the spread of the coronavirus,” said Linsey Marr, a professor of civil and environmental engineering at Virginia Tech who studies viruses in the air. “People can spread the disease without feeling any symptoms.”

If you decide to take the risk, make sure to wear a mask at all times and stay at least six feet from others. And if you want to eat and drink, “do it outside and distanced from others,” Dr. Marr said.

If you’re the host of the party, keep the guest list as small as you can, ideally just one or two people from outside your household. Alternatively, if you’ve been invited to a party, try to find out how many people will be attending and what size party you would be most comfortable with. Don’t feel pressured to stay for the entire game; Dr. Marr suggested dropping by for the length of a quarter to diminish your exposure to others.

Finally, make sure the windows and doors are cracked open. “Even just a few inches can make a big difference to improve ventilation,” Dr. Marr said.

More Ways to Protect Yourself and Others

If you gather with others, the C.D.C. says there are general precautions you can take to stay as safe as possible. Try to avoid shouting, cheering loudly or singing, which can increase the amount of respiratory droplets in the air. Instead, clap, stomp your feet or use noisemakers.

The C.D.C. also recommends bringing your own food, drinks, plates, cups and utensils.

If people drink too much alcohol, they might let their guard down or relax the rules. So be mindful of how the people around you are behaving and control how much you’re consuming so that you can keep a clear head.

Finally, don’t get lulled into a false sense of security. Even if everyone has been fully vaccinated, it can take a week or two after the second shot to build peak protection. And while vaccinated people are less likely to get severe Covid-19, experts don’t yet know if they can still spread the virus to others, said Dr. Asaf Bitton, a primary care physician at Brigham and Women’s Hospital who specializes in public health.

Finally, remember that negative coronavirus tests are no guarantee of safety. The virus may not have been detectable on the day of the test or the result could be a false negative.

“One test at one point in time is just not going to give you the clarity that you need to know that it’s safe for your groups to get together,” Dr. Bitton said.