The Summer House cast celebrated the season 5 finale by taking it all off for a nude photo.

Every Bravo Parent Who Named Their Kid Cruz

In a picture shared via Instagram on Thursday, April 22, several cast members posed completely or partially naked with their backs to the camera. Carl Radke and Kyle Cooke seemed to be baring it all while Amanda Batula, Danielle Olivera, Ciara Miller and Paige DeSorbo kept their undies on.

All of the Bravo stars commented on the photo, which was shared by Lindsay Hubbard. “Is this our only fan’s announcement?” Olivera, 32, wrote. 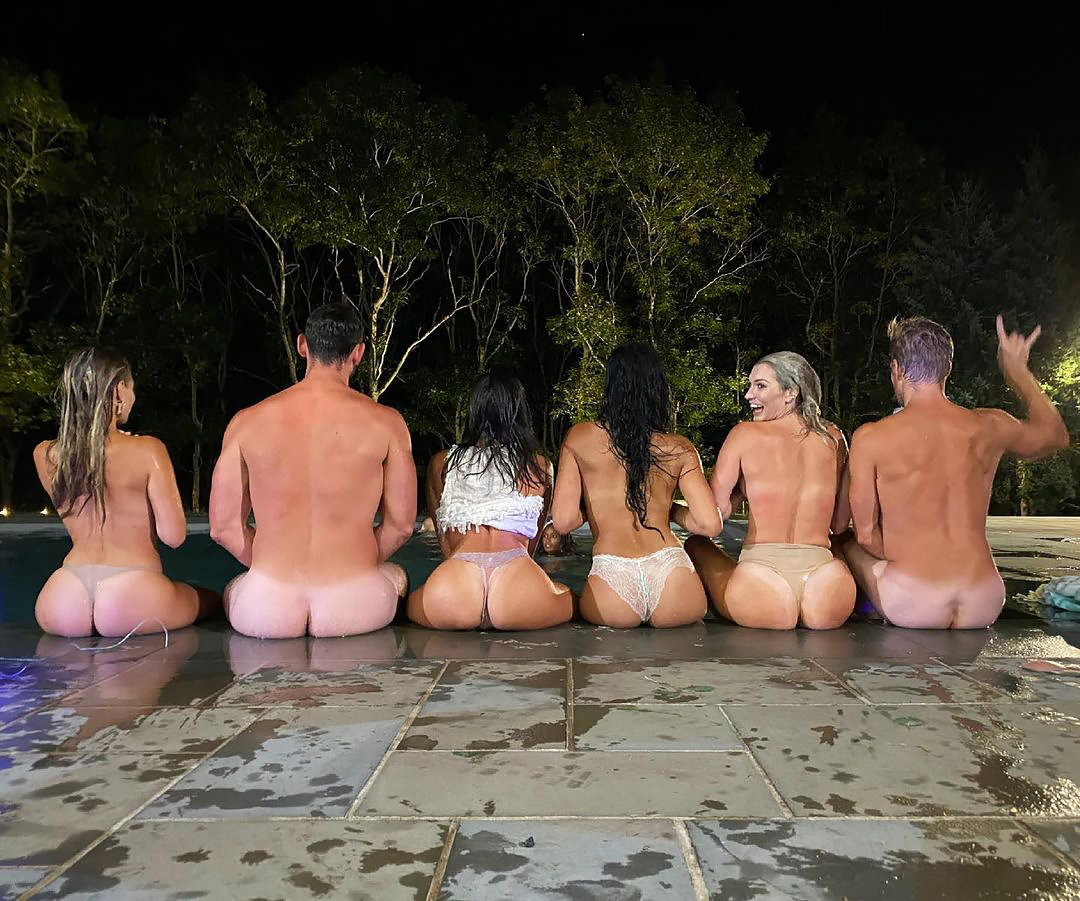 Batula, 29, acknowledged the gap between her and fiancé Cooke, 38. “Me and Carl keeping respectful distance from each other’s naked bodies,” she commented with laughing emojis.

However, Miller, 25, couldn’t stop herself from poking fun at a friend. “Wow, @imkylecooke I never noticed how low your butt crack starts,” she wrote with the hashtag “#nurseeyes.”

Every Bravo Star Who Quit or Was Fired in 2020

Not everyone had fun with the risqué photo, though. “Maybe I should calm down on the champagne,” DeSorbo, 28, commented. Many fans and friends refuted her self-conscious critique, with Hubbard, 34, telling DeSorbo, “Neverrrrr.”

The Bravolebrity opened up exclusively to Us Weekly’s “Here for the Right Reasons” podcast and explained that she struggles with being on camera constantly.

“It’s exhausting, like, just to know that there is a camera watching you 24/7,” DeSorbo explained. “You definitely get used to having a camera guy holding a camera in your room, but there would be certain times at night, like, I would just look in the corner to the surveillance and just be like, ‘I hate you.’”

Still the “Giggly Squad” podcast cohost isn’t ready to give up her career on reality TV. She revealed to Us that her refusal to leave the show contributed to the end of her relationship with her ex-boyfriend Perry Rahbar.

“Perry not coming on, I actually liked that he didn’t want to be involved,” she explained. “For me, it was more that he didn’t want really to acknowledge it at all that, like, I had to be there for six weeks. That’s where the disconnect with us was coming from and that he wanted me to wrap this chapter up in my life and I just wasn’t ready for that.”