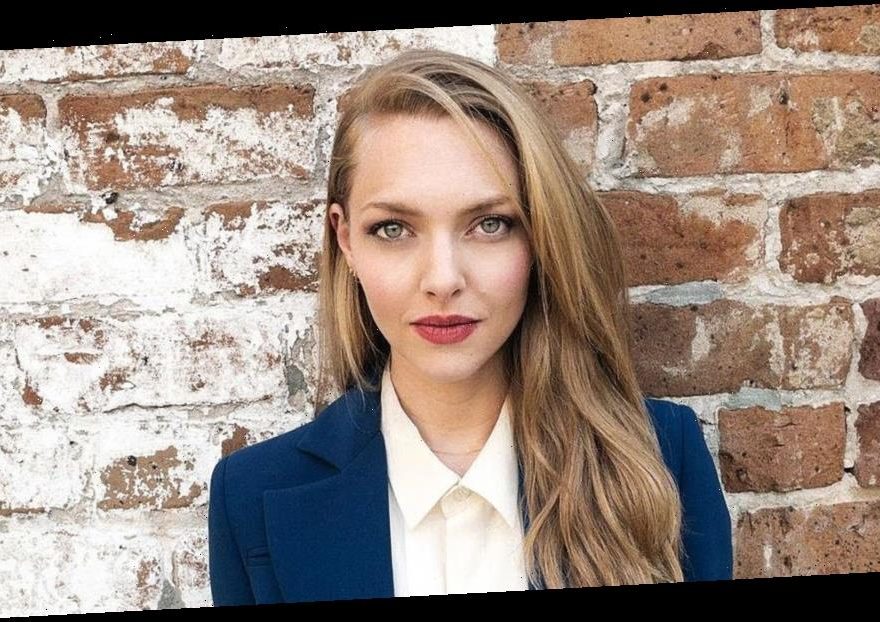 A family affair! Amanda Seyfried is virtually attending the 78th annual Golden Globes with her two kids amid the coronavirus pandemic.

“I wouldn’t let her do my makeup tonight, so she brushed my hand,” the actress, 35, captioned a Sunday, February 28, Instagram Story photo of daughter Nina, 3, putting powder on her hand. The Pennsylvania native showed off her Jaeger Le-Coultre bracelet and wedding ring while the toddler worked her magic.

Later on, during an interview with E!, the Mean Girls star gushed about being able to hold her 5-month-old son Thomas’ hand while watching the awards show. Seyfried told the outlet that she wouldn’t be able to do that during an in-person ceremony.

The singer and husband Thomas Sadoski secretly welcomed their baby boy in September 2020 after keeping her pregnancy under wraps. The infant joined big sister Nina, who arrived in 2017.

The toddler is not a big fan of her mom’s singing voice, Seyfried hilariously told Entertainment Tonight in June 2020. “She knows how badly I want to sing, and she will not let me,” the Big Love alum explained at the time. “She’s smart. I’ve [got to] think of a way to [negotiate] because I’m a singer, and if she starts walking out of the room when I start singing, I’m going to get, like, an even bigger complex than I already have.”

The former soap star, who is nominated for Best Performance by an Actress in a Supporting Role in a Motion Picture for her portrayal of late actress Marion Davies in Mank, wore a coral Oscar de la Renta gown for the virtual ceremony.

“It just feels really good,” the Mamma Mia! star told Entertainment Tonight earlier this month of her first nomination. “It’ll sink in. There’s so much going on … and life is happening. So it’s gonna take a day. If this opportunity had come a little earlier in my career, I don’t think I would have been able to rise to the occasion in this way. I was really ready to embody somebody else like this and I didn’t realize until it became an opportunity that I couldn’t resist. But I think I worked really hard. It feels good to be in the conversation and to have a spotlight on my performance.”