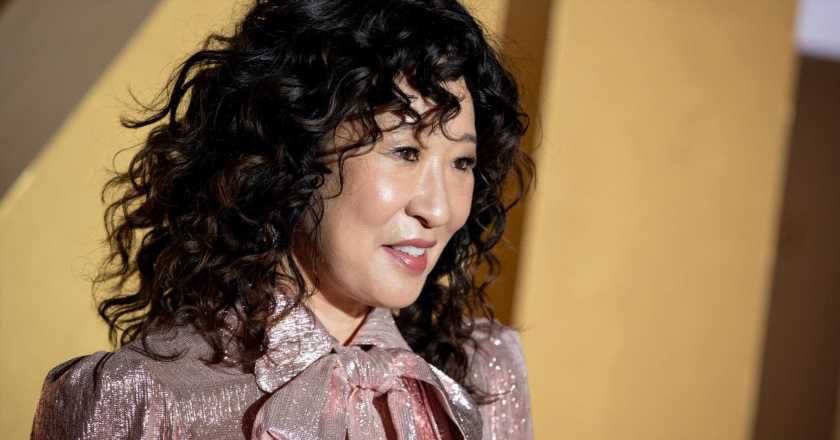 Speaking during a recent appearance on Variety’s ‘Actors On Actors’ series, Sandra Oh spoke about how the attention she received during her time on Grey’s Anatomy led to her getting “very, very sick”.

Sandra Oh may have attracted a legion of new fans thanks to her starring role in Killing Eve, but before she graced our screens as MI6 agent Eve Polastri, the actor made a name for herself as Christina Yang on the long-running medical drama Grey’s Anatomy.

Known for her dogged determination, unmatched intelligence and sarcastic quips, it didn’t take long for Oh’s character to become a fan-favourite – leaving many bereft when she left the show at the end of season 10 back in 2014.

However, while her role on Grey’s Anatomy catapulted Oh into the spotlight, her time on the show wasn’t all plain sailing. During a recent Variety ‘Actors On Actors’ appearance alongside Squid Game’s Jung Ho-yeon, Oh revealed that all the attention she received when Grey’s Anatomy aired had a surprisingly big impact on her health.

“When Grey’s Anatomy came — my life changed very much,” Oh explained after Ho-yeon asked her how she handled becoming famous.

“Honestly, I got sick. I think my whole body was very, very sick. Even though you keep on working, right? It’s just like, ‘Oh, I can’t sleep. Oh, my back hurts. I don’t know what’s wrong with my skin.’ These are the things that kind of come in that you realise that you learn – I feel like I learned that I had to take care of my health first.”

Going on to explain that looking after her health included her “mind” and “soul”, Oh advised Ho-yeon not to depend on anyone else and put herself first.

“You have to somehow find it within yourself,” she said. “You ask people’s opinions, yes of course, but ultimately, we are alone with ourselves.”

While it’s sad to hear about the toll filming Grey’s Anatomy took on Oh – especially if you’re a big fan of the show – it’s great to hear that she’s since learnt how to protect herself.

This isn’t the first time the actor has spoken about facing struggles in the past, however. In a previous interview with Entertainment Tonight ahead of the release of her recent Disney Pixar movie Turning Red, Oh opened up about dealing with mental health struggles throughout her life.

“Honestly, I relate to Mei quite profoundly because I feel like I’ve spent my entire life trying to manage my inner panda – my big, giant inner panda,” Oh told Entertainment Tonight.

“I think what the movie touches on is the extreme highs and lows of emotion,” she continued, speaking about how her role in the film helped her to confront her own feelings.

“I think as an adult when I realize, ‘Oh, I had a lot of depression, I had a lot of anxiety.’ I don’t think that necessarily I had that type of language. At that point, I would say I was a very emotional kid.”

If you are worried about your mental health, or if you’re concerned about someone else, you can find support and resources on the mental health charity Mind’s website, with NHS Every Mind Matters or access the NHS list of mental health services and organisations.

If you are struggling with your mental health, you can also ask your GP for a referral to NHS Talking Therapies, or you can self-refer.

For confidential support, you can also call the Samaritans in the UK on 116 123 or email [email protected]