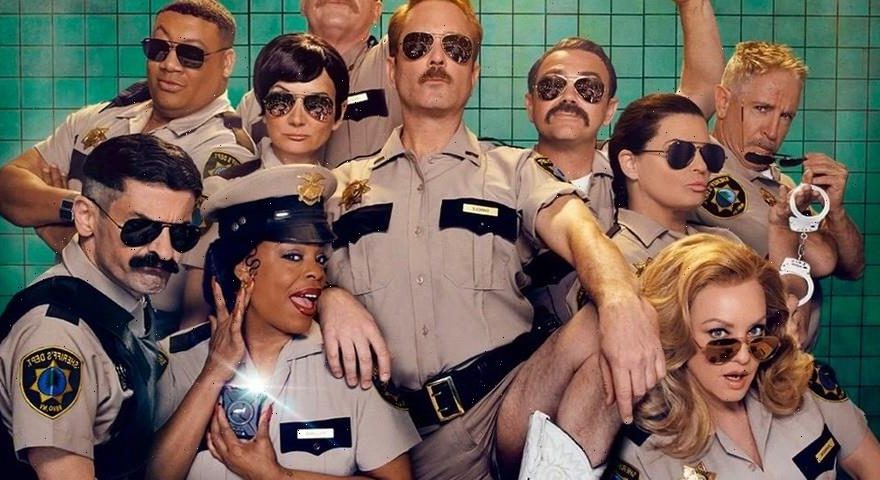 Reno 911! fans will be delighted to learn that Roku has now ordered more episodes of the cult classic comedy.

According to Variety, Roku Channel — which picked up the Emmy-nominated series after Quibi shut down last year — has ordered four additional episodes, all of which will be full 30-minute segments instead of the recent plans of five to 10-minute shorts. The news of both the series’ revival and longer episodes will no doubt fire up the excitement of Reno 911! fans, especially after Quibi announced its demise just one month into production of the show’s eighth season.

The first season of Reno 911! premiered back in 2003 on Comedy Central and quickly built a cult following over the years. The series takes on the style of a mockumentary following the daily lives of law enforcement in Reno and features an all-star cast including Thomas Lennon, Kerri Kenney-Silver, Wendi McLendon-Covey, Robert Ben Garant, Carlos Alazraqui and Cedric Yarbrough.

Unfortunately, production of the new episodes over at Roku is still at an early stage, and so far no official release date or window has been provided by the platform, so fans of the show should stay tuned for more updates to come.