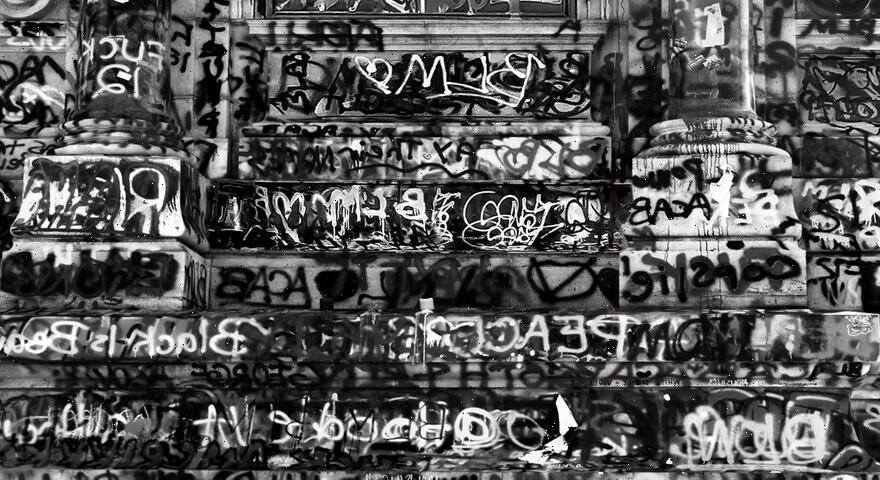 One would be forgiven to think that artist Robert Longo is an acclaimed photographer. His large-scale hyperrealistic drawings feel as though they were captured by a top-of-the-line Leica camera, as opposed to the unforgiving medium of charcoal. For an artist who visually transcribes social and political unrest, Longo has certainly been busy at work over the past few years.

The New York-based artist will unveil a new exhibition at Pace gallery, entitled “I do fly / After summer merrily” on September 10. As the final installment in his “Destroyer Cycle” series, Longo presents six massive drawings that were all made and inspired by the tumultuous events that have transpired due to the coronavirus and the socio-political turmoil across America. Central to the work on display are themes of protest, freedom and entropy, which reflect on what the artist refers to as society’s “culture of impatience.”

The work on display first started with an eery shot of an empty baseball stadium — a far too familiar scene to have hit the sports world during the pandemic. Longo also makes note of the possible origin of the virus in Untitled (The Cauldron), a painting that takes its title from Act V, Scene I of Shakespeare‘s The Tempest:

“On the bat’s back I do fly
After summer merrily.
Merrily, merrily shall I live now
Under the blossom that hangs on the bough.”

The quote is a fitting reflection of Longo’s work — an oeuvre that deals with social injustice, but done so in a way to help spark the notion that change is always possible. Robert Longo’s “I do fly / After summer merrily” will be on view from September 9 to October 23.

In case you missed it, Hypebeast spoke with Minnesota Vikings’ photographer, Andy Kenutis, for the latest iteration of Through the Lens.