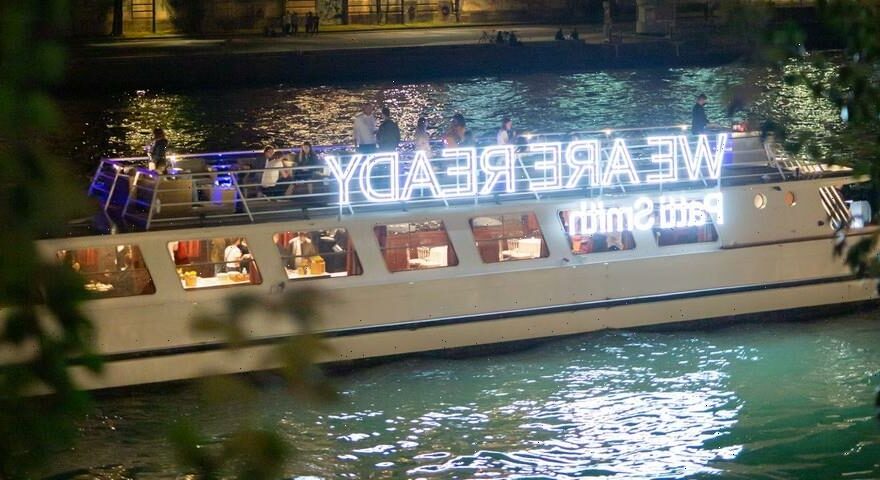 Celebrating the range of the brand’s “Never Still” collection, which includes RIMOWA’s polycarbonate crossbody bag in a slew of colorways and signature luggage, the new campaign showcases excerpts from the aforementioned poem across physical and digital locations around the world. Residing in six international cities — Berlin, Paris, Hong Kong, London, Los Anglees and New York — Smith’s words have been given the global stamp through a multitude of innovative activations.

In Paris, the poem will appear on placemats at Café de Flore as well as on a boat on the River Seine. New York will offer massive postings and digital kiosks, while Los Angeles will host a digital billboard on Sunset Boulevard. In Berlin, a total of 150 postings will scatter the city, and in London, the city’s cabs will be emblazoned with quotes from the poem on their foldable seats, among several other promotional iterations.

“As we continue to navigate a changing world, “The Poem That Moves” acts as an optimistic rallying cry for the future,” said Emelie De Vitis, Chief Marketing Officer at RIMOWA, in a satement. “When pieced together, each local and digital activation becomes part of a global inspiration to continue moving – in whatever form possible.”

For those unable to visit the six cities featured in “The Poem That Moves” activation, the brand has crafted three AR filters that recreate the “Never Still” sense of movement. Two filters — one on Snapchat and one on Instagram — feature illustrative, swirling elements from the poem, while a third Lidar Snapchat filter, available only on iPhone 12 Pro and iPhone 12 Pro Max, engraves Smith’s words onto surrounding objects.

Take a look at “The Poem That Moves” campaign above.