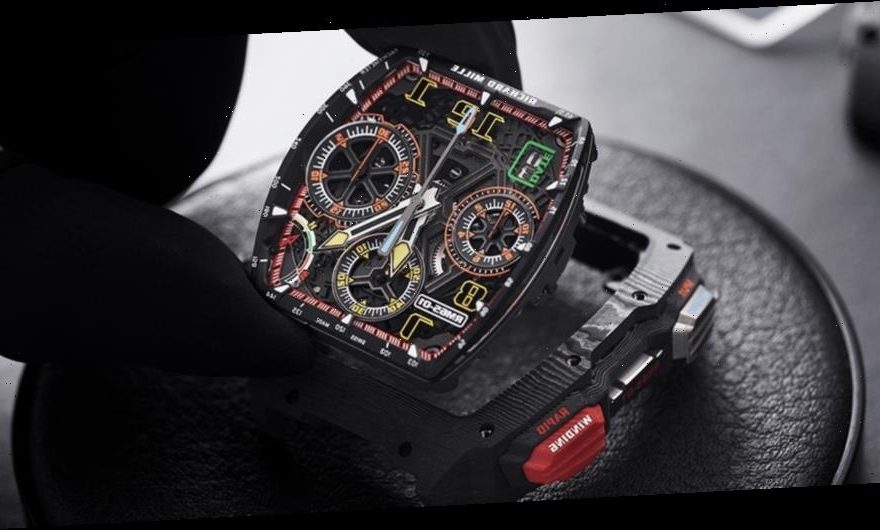 While 2020 might not have been the best year for the Swiss watch industry – watch exports haven’t been this low since 1946 – the continuing success of Richard Mille sees the 22-year-old brand edge into the upper tier of watchmaking’s biggest players.

Morgan Stanley’s latest annual report on the state of the Swiss Watch Industry promoted Richard Mille from 8th to 7th in terms of annual revenue (it was 10th in 2018), which the report’s authors estimate at CHF 788m ($840m USD). But the six companies ranked ahead of it all have one thing in common that sets them apart from Mille; an average age of 163 years.

Richard Mille, which by contrast was only established in 1999, has achieved phenomenal success in a short space of time through its eponymous founder’s genuinely disruptive vision of forward-thinking high watchmaking. Check out HYPEBEAST’s Behind the HYPE video below which charts the meteoric rise of the Richard Mille brand.

Mille also bet against the established distribution model of working with retailers choosing to sell each and every one of the watches it makes through stores it owns and operates. Rolex, which takes the top spot with CHF 4.4bn ($4.7bn USD) in annual revenue, for instance, doesn’t own a single store and even monobrand ‘Rolex’ boutiques are operated as franchises by retail partners. While Mille’s approach is more expensive to achieve, it does give the brand 100% of its sales.

The report estimates that in just over two decades Richard Mille has captured 2.5% market share of a centuries-old industry, which might not sound a lot until you consider it’s a tenth of that held by the biggest player in the industry, Rolex, and still growing.

In other watch news, Phillips has uncovered a ‘lost’ Patek Philippe so rare it changes the history books.
Source: Read Full Article